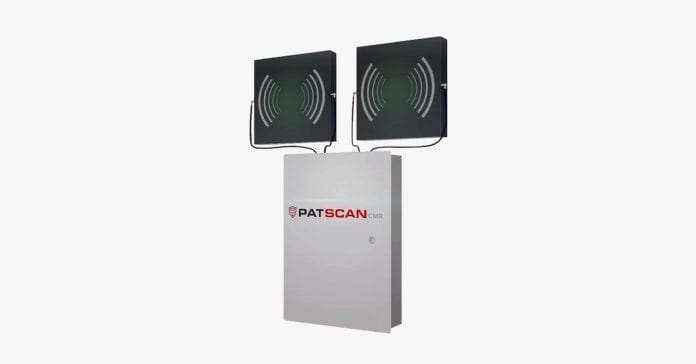 Activate satellite view in Google Maps and head to the Las Vegas strip, and you’ll see it: a strange smattering of Y-shaped buildings. Mandalay Bay. Monte Carlo. Treasure Island. The Mirage. Their blueprints put gambling at the center of everything, funneling visitors past slot machines and card tables whether they’re en route to a show, their room, a restaurant, or a retail shop. For years, the casino floor was where Vegas resorts made most of their money, and the Y was devilishly good at monetizing it.

The Westgate Las Vegas Resort and Casino was the first megacasino to feature the design—a bit of trivia that Mark Waltrip, Westgate Resort’s chief operating officer, relays with a mixture of pride and irony. Y-shaped buildings have their issues, after all. For one thing, gambling isn’t the moneymaker it used to be; revenues from other extravagances—hotels, food, booze, shopping—outstripped gaming in the late ’80s. For another: Y-shaped buildings pose a unique security challenge. “The bulk of your guests are in this highly concentrated area, just lingering,” Waltrip says. Ensuring their safety— and the safety of the resort’s assets—requires more than a few cameras and guards.

That fact has prompted Westgate to be an early adopter of not just architectural features but surveillance tactics. And it’s why, this week, the resort began testing a discreet weapon-sensing device called the Patscan Cognitive Microwave Radar. Marketed by Canadian security outfit PatriotOne, the Patscan CMR combines short-range radar with machine learning algorithms to scan individual guests for guns, knives, and bombs in real time—without forcing them to line up and walk through metal detectors. And unlike the giant, whole-body scanners you see in places like airports, Patscan units are small enough to hide inside existing infrastructure, from walls and doorways to turnstiles and elevator banks. Most people will never realize they’re there—and that’s exactly how Westgate wants it.

Creepy? Sure. But a system like PatriotOne’s could be the ideal security solution for a destination like Las Vegas, where resorts find themselves in the unenviable position of ensuring the safety of their guests, while also stoking an ambiance of freedom, excess, and—as the city so famously advertises—unaccountability.

“People come to Vegas because it’s the fun capital of the world. They’re there to let loose, rock and roll, and do things they’d never do,” Waltrip says. “If they show up at their resort and they have to line up for metal detectors, or get wanded down, or walk through a gauntlet of security guards carrying rifles and pistols—that’s not going make them feel comfortable. It’s going to ruin their experience.” From an atmospheric standpoint, an overt security presence is the opposite of excitement, impunity, and dubious deeds. It’s a 10 o’clock curfew. It’s the chaperones at prom.

That’s not to say venues in Vegas don’t take safety seriously. On the contrary, most have no qualms prioritizing it over local laws. Nevada is an open-carry state, and with a permit it’s perfectly legal to hide a weapon on or near your person. Yet most resorts don’t allow guns on their premises. “I believe in people’s right to bear arms,” Waltrip says. “I have a concealed carry permit myself. But, you know, on our properties, we want to maintain a safe environment, and we don’t need guests bringing weapons on site. We really don’t want that kind of surprise.”

But surprises do happen—sometimes with violent consequences. When authorities searched the hotel room of Mandalay Bay gunman Stephen Paddock earlier this year, they found 23 firearms. For Vegas resorts and casinos, screening for concealed weapons has become more critical than ever, but most would prefer to do it without metal detectors, wands, pat-downs, and other buzzkill tactics.

That’s where Patscan comes in. Each radar unit consists of a service box and two antennae (the combined footprint is about the size of a movie poster). The first antenna emits 1,000 pulses of electromagnetic radiation per second, at frequencies between 500 MHz and 5 Ghz. Yes, that frequency range makes these microwaves, and no, they’re not going to cook anybody; to keep them from interfering with cell phones and GPS devices, Patscans generate a very weak signal. That also limits their detection range to about two meters.

The second antenna monitors for electromagnetic patterns inside that two-meter range. When you hit an object with electromagnetic radiation, it resonates according to its shape and material composition, not unlike a bell or a guitar string. Pistols, grenades, rifles, knives, machetes, machine guns, pressure-cooker bombs—they all resonate in the frequency range that Patscan emits.

But lots of other things do, too, from luggage and clothing to prosthetics and laptops. Fortunately, everything resonates differently. “We call it an object’s radar signature,” says electrical engineer Natalia Nikolova, director of McMaster University’s Electromagnetic Vision Research Laboratory. Nikolova has worked on concealed weapon detection for years, but says electronics have only recently become small enough to create something as compact as Patscan, which is based on her research.

PatriotOne maintains a growing database of known radar signatures, which Patscan’s onboard computer uses to distinguish weapons from benign objects and notify security personnel. “The best analogy is antivirus software,” says PatriotOne CEO Martin Cronin. “You get it out of the box and it’s equipped with a set of signatures. But it’s constantly checking the database for new ones.” Cronin says that, in time, machine learning algorithms will also allow Patscan devices like the ones at Westgate to improve with use, by learning to separate the normal signatures of their immediate environments from abnormal ones.

For a place like Westgate Las Vegas, those environments could eventually include entry and exit points, registration desks, baggage check, parking garages, elevators, and other high-traffic areas. So-called choke points—areas within the resort that 100 percent of guests will traverse at some point during their visit—are of particular interest to Westgate security. “Right now, we’re looking at four or five where a Patscan unit could be very viable,” says Tim Cook, the resort’s head of security operations.

For now, though, Westgate’s security personnel and a team of PatriotOne engineers will test Patscan devices at the resort’s employee entrance before putting them through their paces throughout the premises. “It’ll be a rolling process,” Cronin says, adding that the next six months will be all about training, testing, and evaluating the system’s performance. “We may well see broader implementation before the second half of the 2018, but we want to be conservative about it so the tech is really robust for a broader launch.”

And what better proving ground than Las Vegas? Yes, the city’s appetite for vice is ample. “We have the great advantage here,” Cronin says, “of having access to a lot of weapons we can’t get anywhere else.” But so, too, is its incentive to surveil in secret.

Tram Bowling Is an Actual Sport. Let's Look at the Physics