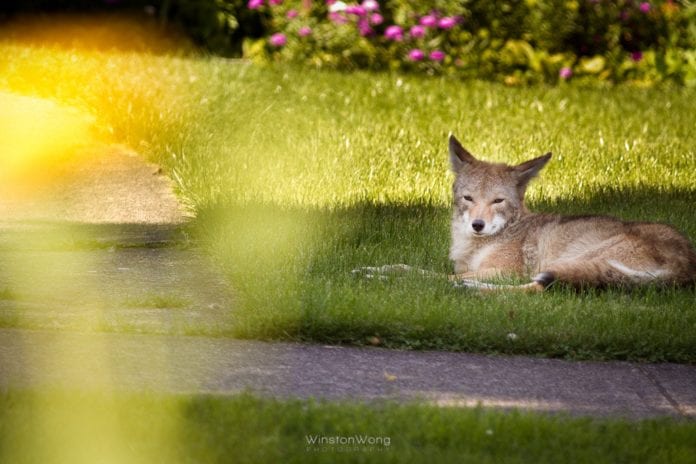 A coyote cools off in the shade of a leafy suburb. Wildlife interactions with pets and humans can transfer disease, including the tapeworm Echinococcus multilocularis. (Winston Wong/flickr)

Dogs are sending us an early warning signal about the spread of a potentially deadly tapeworm in North America.

The tapeworm, Echinococcus multilocularis, is normally found in rodents and other wild animals, including coyotes and foxes, but can spill over into cats and dogs — and even humans.

In July, as I was warning veterinarians about the risk of E. multilocularis in dogs — and cautioned that human cases couldn’t be far behind — news broke that four people in Alberta had been infected by the parasite.

Not since 1928 had a domestically acquired human case of the tapeworm been reported in Canada and there has been only one human case reported in the contiguous United States.

The disease is rare in humans, even in areas of Asia and Europe where it is well established. The number of cases in people is linked to its presence in animal hosts. In Switzerland, for example, human cases almost doubled between 1960 and 2004 — preceded by a rise in the number of infected foxes, the main hosts for the parasite in Europe.

With infection rates in coyotes, foxes and wolves in North America around 25 per cent, we can only expect to see more human cases here in the future.

Usually, dogs, and sometimes cats, carry the tiny tapeworms in their intestines, where they cause no problems for the pet.

In humans, the tapeworm behaves differently. It can invade the liver and spread throughout the abdomen and the rest of the body like a tumor.

Without early detection and aggressive treatment (surgical removal of the mass and antiparasitic drugs), the infection has a 50 per cent to 75 per cent mortality rate, potentially higher in people with compromised immune systems.

We spotted the first North American case of the liver form of E. multilocularis in a dog in British Columbia in 2009. It has since caused severe disease in at least seven dogs in Western Canada and four dogs in Ontario, a new region for the parasite.

Initially, it seemed like the first dog had a particularly nasty tumor invading its liver, spleen and stomach. But a microscopic examination of the “tumor” revealed something startling — hundreds of miniature tapeworms in their larval form. 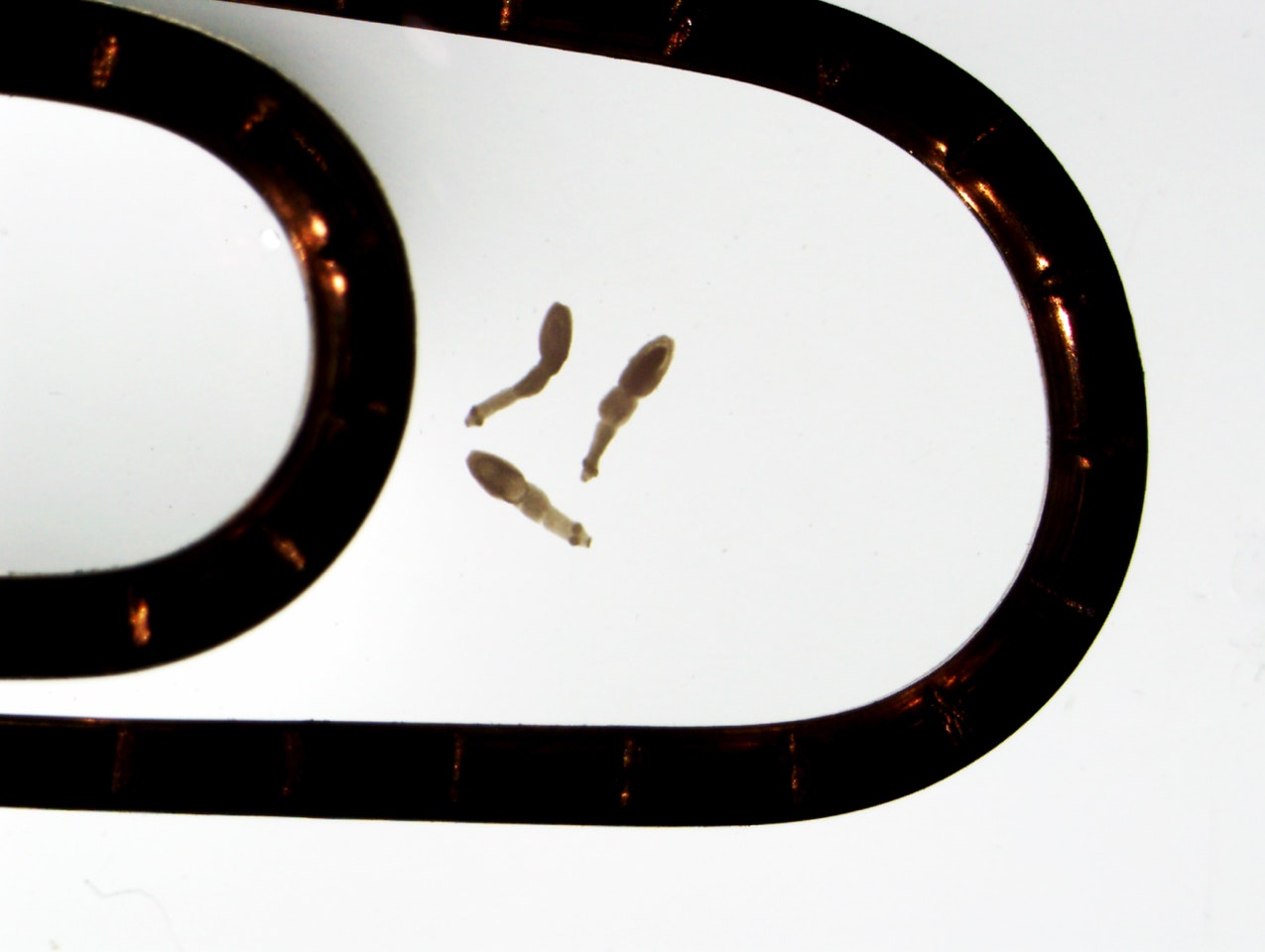 Adult tapeworms of dogs and foxes, Echinococcus multilocularis, next to a paperclip. (Credit: Brent Wagner)

Then came another surprise. Our DNA expert asked: “Has this dog ever been to Europe?”

By looking at the parasite’s DNA, she had discovered that it was closely related to tapeworms well-established in Switzerland, Germany, Austria and France. It was not — as we had expected — related to strains long established in Canada’s Prairie regions.

The dog, however, had spent all of its life in B.C. That, coupled with the genetic clue, told us that the parasite had likely hitched a ride from Europe to Canada in an infected dog, as there are no rules for screening or deworming imported dogs.

This led us to check if coyotes and foxes in the region might be hosts for the European-type strain. Sure enough, it was present in about one third of all coyotes examined. This meant that the dog likely came into contact with an infected canid — and that the parasite was now on the loose in Canada.

We continued to look for E. multilocularis in wildlife across western and Arctic Canada, and found that European-type strains are well-established in native wildlife.

The parasite eggs are extremely tough, immune to most common disinfectants and survive months to years in the environment.

This means that dogs can be exposed in any place where you might find coyotes and foxes, typically rural areas, but increasingly urban and suburban green spaces. The parasite was even detected in coyote feces collected from Calgary dog parks. The most heavily infected coyote that we’ve ever examined was collected from the University of Saskatchewan campus in the heart of Saskatoon — thousands of tapeworms filled its intestine.

Dogs can pick up the parasite anywhere they might come into contact with the scat of coyotes, wolves or foxes. (Brent Moore/flickr)

In Europe, the disease is uncommon in dogs, but when it does happen, it’s awful.

About half of the dogs in a Swiss study were euthanized because of their poor prognosis or the owners couldn’t face the cost of the surgery followed by lifelong, daily medication.

Dog owners — and gardeners and foragers — should be concerned. Both dogs and people can be exposed to the tapeworm eggs in dog, fox, coyote or wolf scat. People can be exposed through consumption of contaminated produce such as berries, herbs, greens, wild mushrooms or surface water.

People are generally thought to become infected from eggs in the environment, food or water, and not from hugging their dog. But it’s always a good idea to wash your hands with soap and water after poop-scooping — and bear in mind that hand sanitizers are ineffective against most parasites.

The good news is that pet owners can reduce the risk to themselves and their pet by keeping pets away from the feces of wild canids and infected rodents. They can keep cats indoors and dogs on-leash, prevent rodent infestations in and around their homes, and deworm high-risk pets with veterinarian-prescribed medication on a monthly basis.

Pet owners should be aware that monthly heartworm or tick medications do not usually include an anti-tapeworm drug. Even drugs advertised for “tapeworms” may not be effective against Echinococcus, as they are most likely labelled for more common tapeworms such as Taenia or Dipylidium, which are much less serious for public health.

Some have suggested killing wildlife to deal with the parasite. But this is neither ethical nor effective, and could even lead to a larger proportion of heavily infected young wild canids.

And we’re far more likely to contract the parasite from infected dogs, who sleep on our beds and poop in our yards, than a coyote hunting rabbits on an urban golf course.