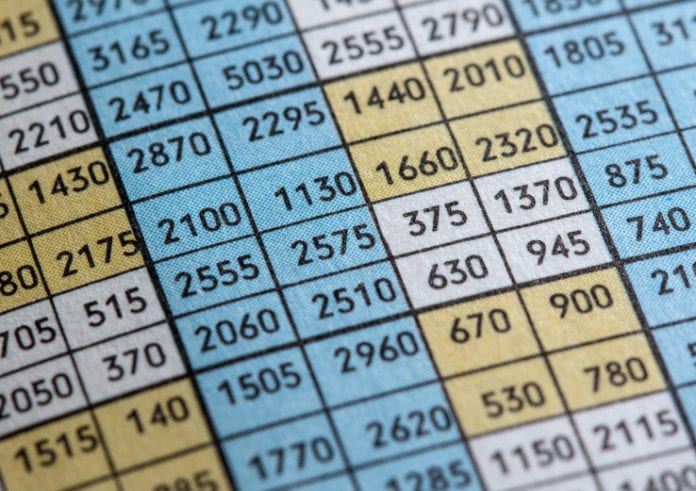 Although U.S. businesses may be poised for massive tax reductions, most tech startups have little immediate reason to celebrate. After all, the vast majority are unprofitable. So cutting the corporate income tax rate from 35 percent to 20 percent, as Congress has opted to do, has zero effect on their near-term finances.

That said, what is true of most new tech ventures is not true of the broader startup ecosystem. Investors, employees, prospective acquirers and others should see a more immediate impact from tax code changes, which could, in turn, affect their decision-making in startup-related matters.

What changes might we expect on the horizon? It’s too soon to predict, as Congress has yet to reconcile differences in the House and Senate versions of the tax bill. But it is not too soon to prepare.

In an effort to envision how the pending tax bill might affect U.S. startups and their investors, Crunchbase News reached out to tech industry taxation experts. We touched on topics including the M&A climate, tax treatment of interest expenses and whether rising costs of living in high-tax states will prompt an exodus to cheaper locales. Combined with our own analysis, here are some thoughts on the potential impacts.

One factor holding up M&A has been uncertainty around tax code changes, notes David Jolley, who leads the American growth markets practice at Ernst & Young. Over the past year, many deep-pocketed acquirers have delayed implementing strategic plans, of which M&A is often a big component. Next year, presuming tax cuts take effect, they could get more active.

Large-cap tech companies haven’t been suffering from a shortage of cash, but having more of it also won’t hurt. The tax bill provides some incentives for U.S. companies with cash holdings overseas to repatriate that money. The companies with the largest cash stockpiles overseas are also ones with a history of acquiring startups, including Apple and Microsoft. Lower corporate income tax rates will also put more money into the pockets of the most profitable technology companies.

The tax bill’s generosity to profitable tech companies does not extend to many of their employees, particularly those in high-tax states.

That could be an issue, as startup employees tend to be sought-after specialists. They make a risk-benefit calculus every time they take a job at an entrepreneurial venture. Typically the choice involves accepting a lower salary, longer hours and high cost of living. In exchange, early employees will see a potential payoff from stock options and the adrenaline rush of startup work.

The planned tax changes don’t significantly impact those choices, but they will have some impact around the margins. Plans to curb deductions for state and local income taxes, for instance, makes it just a bit more expensive to live in high-tax innovation hubs like Silicon Valley, Boston and New York City.

It’s unlikely that a person enthusiastic about joining the next great venture-backed company will be deterred by this cost. But for those on the fence, it could be a factor. On the flip side, lower-tax states with significant tech talent, such as Texas and Utah, could see more startup activity, Jolley predicts.

Tax bill provisions that lower rates on so-called pass-through entities also could have an impact, according to CNBC:

Under current law, profits from a small business “pass through” to the owner and is taxed at his or her individual rate, which can be as high as 39.6 percent. The Senate’s bill will allow business owners to deduct 23 percent of their income, which will help them save on taxes.

The provision creates new incentives, where possible, for specialists to operate as a business rather than simply collecting a paycheck. How this will play out, particularly given the legal complexities around how employers extend equity compensation and classify contractors versus employees, remains to be seen. But it’s something to keep an eye on.

The bulk of tax cut savings from the proposed bill will go to wealthy investors and corporations. Because startup investors tend to be wealthy fund managers, who are themselves backed by big asset managers, pension funds, endowments and family offices, it’s reasonable to expect this will lead to more available capital to invest.

That’s not necessarily a good thing for the venture industry. VC fund partners routinely complain about too much capital chasing too few deals and pushing up valuations to unsustainable levels. The proliferation of private unicorns, many of whom have gone on to produce underwhelming exits, underscores these worries.

Nonetheless, startups in need of money do benefit from more abundant capital. Plus, if they ever make it to IPO, more cash in the hands of asset managers means a ready supply of public market buyers for their shares, as well.

Hillary Clinton and Donald Trump didn’t agree on much. But one thing both campaigns talked about was closing the so-called carried interest tax loophole, which allows fund managers to classify returns on portfolio investments as long-term capital gains rather than ordinary income.

Yet despite the talk, the infamous carried interest loophole survives with a bit of tinkering. Under both the House and Senate proposals, earnings attributable to carried interest will be taxed at the higher short-term capital gain rate unless the assets were held for more than three years. This is a change from the current rules, which allow long-term capital gain treatment on all capital assets if held for greater than one year.

The change won’t have much impact on seed and early-stage investors, who typically hold shares in companies for much longer than three years. However, the tax change may impact the timing of investments in later-stage deals, with an eye to ensuring the three-year holding period is met, says Natalie Jessop, leader of the PwC venture capital tax practice.

There are a number of other tax changes that could impact financial planning for startups. As currently drafted, critics say the tax bill undermines the usefulness of research and development tax credits. It also affects timetables for carrying forward operating losses and using them to reduce future taxes.

On the bright side, a lower corporate rate should also allow startups to scale their eventual, hoped-for profits faster, as they won’t have to set aside as much for taxes.

Overall, the tax bill should give startups the opportunity to engage in much of what they do well: adapting to change and pivoting their business models to capitalize on the new opportunities.

Whether all that adapting and pivoting will have a net benefit to the bottom line, however, remains to be seen.

How New York City Is Tackling Extreme Heat in a Warming...

14 Things About Coffee You Didn’t Know Before

Meet Zeus: Rescued Blind Owl That Holds The Universe In His...