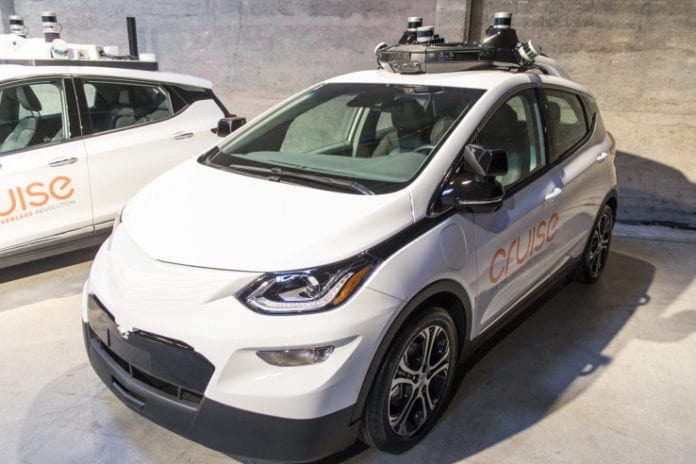 GM and Cruise have articulated more specifically when they want to put their self-driving service on the roads, at today’s investor call for the company from San Francisco. GM said that they can make it happen within two years, with a fleet ready to go to work by 2019 based on the company’s current rate of progress. The commercial launch was previously revealed to happen within “quarters, not years” according to GM President Dan Ammann, but this is the closest they’ve come to putting a specific launch date out there.

The 2019 date seems very close at hand relative to the progress of the technology thus far – Cruise only began tackling the problem of developing self-driving cars three years ago, before being acquired by GM last year.

In that time, however, Cruise has made a lot of advances, including creating three generations of self-driving test cars in partnership with GM based on the Bolt EV platform. These were developed in parallel, including the new, third-generation vehicle that has enough redundancy in terms of compute, sensor and driving systems that you can safely remove the human driver for the vehicle. Ammann also said a recent press event that other generations are also already in the works.

At a recent press event, GM and Cruise provided rides around San Francisco in its second generation test vehicles. I rode in one of these, and was impressed by the fact that the car didn’t have to hand over control to its safety driver during the trip. It could stand more requirement in terms of rider comfort, but it seems safe and effective in terms of navigating dense city traffic. Comfort, along with user experience, are things that Cruise and GM describe as “easier parts of the problem” that it’ll focus on later, according to Ammann.

Cruise has also developed its own hailing app and infrastructure for the city, which is used actively by its employees. The company hasn’t yet detailed how it’ll launch its autonomous ride hailing service in the market, however, in terms of partnering with existing ride hailing companies, including sometime collaborator Lyft, or running its own service (it could use its car-sharing mobility Maven brand, for instance). But now we know when it’s aiming to have the service available to consumers.

Cruise has also said it would focus on large urban centres for launch, with a focus on scalability and making an impact instead of on small pilots and small markets at launch. It’s begun mapping and testing in New York City, in addition to its San Francisco trials. During the investor presentation, Cruise CEO Kyle Vogt noted in a slide deck that all the pieces are in place for an initial launch in San Francisco, so expect that to be among the first commercial markets, but the company also says it can launch in multiple cities simultaneously because of how it’s tackling the problem.

Ammann also surprisingly said during the investor meeting that the MVP GM will launch with won’t match human drivers in terms of capability, which means being able to drive at all times in all conditions, in all places, but that it should quickly catch up and then surpass humans in this regard. Safety will also always be a priority, he stressed.

Launching the service will make its self-driving platform a data business that GM can leverage in a number of ways, according to Ammann, including in extending GM’s lead relative to consumers in self-driving capability, and in terms of making a brisk business in using that data for HD mapping, external business opportunities and more.