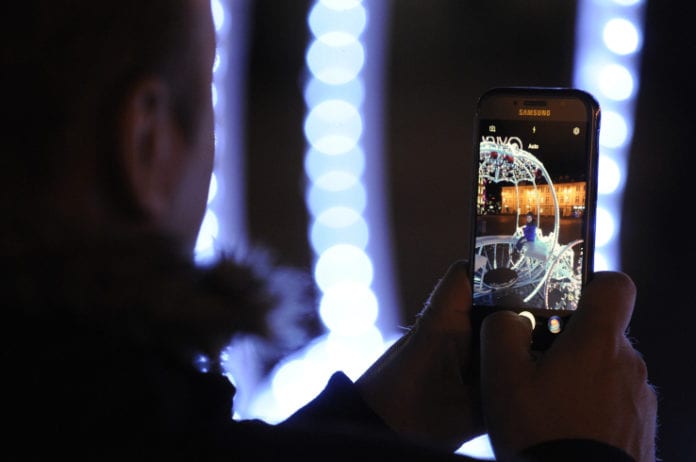 The California Department of Public Health (CDPH) issued a warning against the hazards of cellphone radiation this week. Yes, the thing we are all addicted to and can’t seem to put down is leaking electromagnetic radiation and now California has some guidance to safeguard the public.

The CDPH asks people to decrease their use of these devices and suggests keeping your distance when possible.

“Although the science is still evolving, there are concerns among some public health professionals and members of the public regarding long-term, high use exposure to the energy emitted by cell phones,” said CDPH director Dr. Karen Smith.

The warning comes after findings were offered up this week from a 2009 department document, which was published after an order from the Sacramento Superior Court.

A year ago, UC Berkeley professor Joel Moskowitz initiated a lawsuit to get the department to release the findings after he started looking into whether mobile phone use increased the risk of tumors.

A draft of the document was released in March, but the final release is more extensive.

“The cellphone manufacturers want you to keep a minimum distance away from your body and you should find out what that distance is,” Moskowitz told local news station KCRA, shortly after the draft release. “If you keep the device by your body you will exceed the safety limits provided by the FCC.”

According to the Federal Communication Commission’s website, there is no national standard developed for safety limits. However, the agency requires cell phone manufacturers to ensure all phones comply with “objective limits for safe exposure.”

The CDPH recommends not keeping your phone in your pocket, not putting it up to your ear for a prolonged amount of time, keeping use low if there are two bars or less, not sleeping near it at night and to be aware that if you are in a fast-moving car, bus or train, your phone will emit more RF energy to maintain the connection.

Other organizations have warned of the dangers of cell phone radiation exposure as well, including the Connecticut Department of Public Health, which issued similar recommendations in May of 2015.

However, Moskowitz maintains most state and federal health agencies have not kept up with the research. “The preponderance of the research indicates that cell phone radiation poses a major risk to health,” he said in a statement.