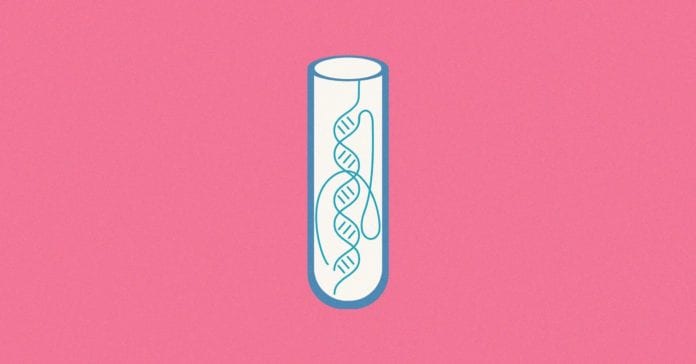 In late 2012, French microbiologist Emmanuelle Charpentier approached a handful of American scientists about starting a company, a Crispr company. They included UC Berkeley’s Jennifer Doudna, George Church at Harvard University, and his former postdoc Feng Zhang of the Broad Institute—the brightest stars in the then-tiny field of Crispr research. Back then barely 100 papers had been published on the little-known guided DNA-cutting system. It certainly hadn’t attracted any money. But Charpentier thought that was about to change, and to simplify the process of intellectual property, she suggested the scientists team up.

It was a noble idea. But it wasn’t to be. Over the next year, as the science got stronger and VCs came sniffing, any hope of unity withered up and washed away, carried on a billion-dollar tide of investment. In the end, Crispr’s leading luminaries formed three companies—Caribou Biosciences, Editas Medicine, and Crispr Therapeutics—to take what they had done in their labs and use it to cure human disease. For nearly five years the “big three’ Crispr biotechs have been promising precise gene therapy solutions to inherited genetic conditions. And now, one of them says it’s ready to test the idea on people.

Last week, Charpentier’s company, Crispr Therapeutics, announced it has asked regulators in Europe for permission to trial a cure for the disease beta thalassemia. The study, testing a genetic tweak to the stem cells that make red blood cells, could begin as soon as next year. The company also plans to file an investigational new drug application with the Food and Drug Administration to treat sickle cell disease in the US within the first few months of 2018. The company, which is co-located in Zug, Switzerland and Cambridge, Massachusetts, said the timing is just a matter of bandwidth, as they file the same data with regulators on two different continents.

Both diseases stem from mutations in a single gene (HBB) that provides instructions for making a protein called beta-globin, a subunit of hemoglobin that binds oxygen and delivers it to tissues throughout the body via red blood cells. One kind of mutation leads to poor production of hemoglobin; another creates abnormal beta-globin structures, causing red blood cells to distort into a crescent or “sickle” shape. Both can cause anemia, repeated infections, and waves of pain. Crispr Therapeutics has developed a way to hit them both with a single treatment.

It works not by targeting HBB, but by boosting expression of a different gene—one that makes fetal hemoglobin. Everyone is born with fetal hemoglobin; it’s how cells transport oxygen between mother and child in the womb. But by six months your body puts the brakes on making fetal hemoglobin and switches over to the adult form. All Crispr Therapeutics’ treatment does is take the brakes off.

From a blood draw, scientists separate out a patient’s hematopoietic stem cells—the ones that make red blood cells. Then, in a petri dish, they zap ‘em with a bit of electricity, allowing the Crispr components to go into the cells and turn on the fetal hemoglobin gene. To make room for the new, edited stem cells, doctors destroy the patient’s existing bone marrow cells with radiation or high doses of chemo drugs. Within a week after infusion, the new cells find their way to their home in the bone marrow and start making red blood cells carrying fetal hemoglobin.

According to company data from human cell and animal studies presented at the American Society of Hematology Annual Meeting in Atlanta on Sunday, the treatment results in high editing efficiency, with more than 80 percent of the stem cells carrying at least one edited copy of the gene that turns on fetal hemoglobin production; enough to boost expression levels to 40 percent. Newly minted Crispr Therapeutics CEO Sam Kulkarni says that’s more than enough to ameliorate symptoms and reduce or even eliminate the need for transfusions for beta-thalassemia and sickle cell patients. Previous research has shown that even a small change in the percentage of stem cells that produce healthy red blood cells can have a positive effect on a person with sickle cell diseases.

“I think it’s a momentous occasion for us, but also for the field in general,” says Kulkarni. “Just three years ago we were talking about Crispr-based treatments as sci-fi fantasy, but here we are.”

It was around this time last year that Chinese scientists first used Crispr in humans—to treat an aggressive lung cancer as part of a clinical trial in Chengdu, in Sichuan province. Since then, immunologists at the University of Pennsylvania have begun enrolling terminal cancer patients in the first US Crispr trial—an attempt to turbo-charge T cells so they can better target tumors. But no one has yet used Crispr to fix a genetic disease.

Crispr Therapeutics rival Editas was once the frontrunner for correcting heritable mutations. The company had previously announced it would do gene editing in patients with a rare eye disorder called Leber congenital amaurosis as soon as this year. But executives decided in May to push back the study to mid-2018, after running into production problems for one of the elements it needs to deliver its gene-editing payload. Intellia Therapeutics—the company Caribou co-founded and provided an exclusive Crispr license to commercialize human gene and cell therapies—is still testing its lead therapy in primates and isn’t expecting its first foray into the clinic until at least 2019. All the jockeying to the clinic line isn’t just about bragging rights; being first could be a big boon to building out a business, and a proper pipeline.

Clinical Crispr applications have matured much faster than some of the other, older gene editing technologies. Sangamo Therapeutics has been working on DNA-cutting tool called zinc fingers since its founding in 1995. In November, more than two decades later, doctors finally injected the tool along with billions of copies of a corrective gene into a 44-year-old man named Brian Madeux, who suffers from a rare genetic disorder called Hunter syndrome. He was the first patient to receive the treatment in the first-ever in vivo human gene editing study. Despite the arrival of newer, more efficient tools like Crispr, Sangamo has stayed focused on zinc fingers because the company says they’re safer, with less likelihood of unwanted genetic consequences.

It’s true that Crispr has a bit of an “off-target” problem, though the extent of that problem is still up for debate. Just on Monday, a new study published in the Proceedings of the National Academy of Sciences suggested that genetic variation between patients may affect the efficacy and safety of Crispr-based treatments enough to warrant custom treatments. All of that means Crispr companies will have to work that much harder to prove to regulators that their treatments are safe enough to put in real people—and to prove to patients that participating in trials is worth the risk. Kulkarni says they looked at 6,000 sites in the genome and saw zero off-target effects. But it’ll be up to the FDA and the European Medicines Agency to say whether that’s good enough to send Crispr to the clinic.

GizmoCrazed - January 5, 2015 0
How many a times do we suffer from bad starts to our days? Often, in case of many people I know. There are times...