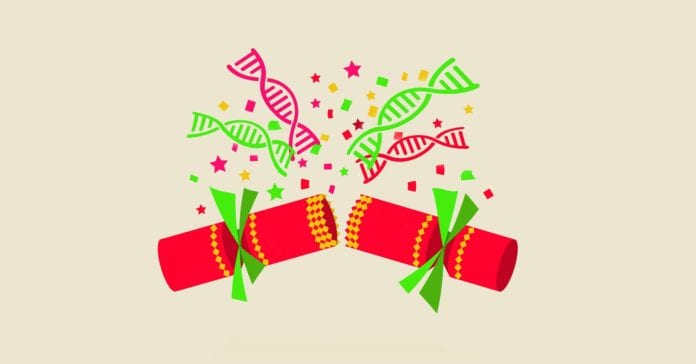 In fewer than five years, the gene-editing technology known as Crispr has revolutionized the face and pace of modern biology. Since its ability to find, remove, and replace genetic material was first reported in 2012, scientists have published more than 5,000 papers mentioning Crispr. Biomedical researchers are embracing it to create better models of disease. And countless companies have spun up to commercialize new drugs, therapies, foods, chemicals, and materials based on the technology.

Usually, when we’ve referred to Crispr, we’ve really meant Crispr/Cas9—a riboprotein complex composed of a short strand of RNA and an efficient DNA-cutting enzyme. It did for biology and medicine what the Model T did for manufacturing and transportation; democratizing access to a revolutionary technology and disrupting the status quo in the process. Crispr has already been used to treat cancer in humans, and it could be in clinical trials to cure genetic diseases like sickle cell anemia and beta thalassemia as soon as next year.

Even with these limitations, Crispr Classic will continue to be a workhorse for science in 2018 and beyond. But this year, newer, flashier gene editing tools began rolling off the production line, promising to outshine their first-generation cousin. So if you were just getting your head around Crispr, buckle up. Because gene-editing 2.0 is here.

Crispr’s targeted cutting action is its defining feature. But when Cas9 slices through the two strands of an organism’s DNA, the gene-editor introduces an element of risk. Cells can make mistakes when they repair such a drastic genetic injury. Which is why scientists have been designing ways to achieve the same effects in safer ways.

One approach is to mutate the Cas9 enzyme so it can still bind to DNA, but its scissors don’t work. Then other proteins—like ones that activate gene expression—can be combined with the crippled Cas9, letting them toggle genes on and off (sometimes with light or chemical signals) without altering the DNA sequence. This kind of “epigenetic editing” could be used to tackle conditions that arise from a constellation of genetic factors, as opposed to the straightforward single mutation-based disorders most well-suited to Crispr Classic. (Earlier this month, researchers at the Salk Institute used one such system to treat several diseases in mice, including diabetes, acute kidney disease, and muscular dystrophy.)

Other scientists at Harvard and the Broad Institute have been working on an even more daring tweak to the Crispr system: editing individual base pairs, one at a time. To do so, they had to design a brand-new enzyme—one not found in nature—that could chemically convert an A-T nucleotide pairing to a G-C one. It’s a small change with potentially huge implications. David Liu, the Harvard chemist whose lab did the work, estimates that about half of the 32,000 known pathogenic point mutations in humans could be fixed by that single swap.

“I don’t want the public to come away with the erroneous idea that we can change any piece of DNA to any other piece of DNA in any human or any animal or even any cell in a dish,” says Liu. “But even being where we are now comes with a lot of responsibility. The big question is how much more capable will this age get? And how quickly will we be able to translate these technological advances into benefits for society?”

Putting On The Brakes

Crispr evolved in bacteria as a primitive defense mechanism. Its job? To find enemy viral DNA and cut it up until there was none left. It’s all accelerator, no brake, and that can make it dangerous, especially for clinical applications. The longer Crispr stays in a cell, the more chances it has to find something that sort of looks like its target gene and make a cut.

To minimize these off-target effects, scientists have been developing a number of new tools to more tightly control Crispr activity.

So far, researchers have identified 21 unique families of naturally occurring anti-Crispr proteins—small molecules that turn off the gene-editor. But they only know how a handful of them work. Some bind directly to Cas9, preventing it from attaching to DNA. Others turn on enzymes that outjostle Cas9 for space on the genome. Right now, researchers at UC Berkeley, UCSF, Harvard, the Broad, and the University of Toronto are hard at work figuring out how to turn these natural off-switches into programmable toggles.

Beyond medical applications, these will be crucial for the continued development of gene drives—a gene-editing technology that quickly spreads a desired modification through a population. Being able to nudge evolution one way or the other would be a powerful tool for combating everything from disease to climate change. They’re being considered for wiping out malaria-causing mosquitoes, and eradicating harmful invasive species. But out in the wild, they have the potential to spread out of control, with perhaps dire consequences. Just this year Darpa poured $65 million toward finding safer gene drive designs, including anti-Crispr off-switches.

Step On The Cas

Despite decades of advances, there’s still so much scientists don’t understand about how bugs in your DNA can cause human disease. Even if they know what genes are coded into a cell’s marching orders, it’s a lot harder to know where those orders get delivered, and how they get translated (or mistranslated) along the way. Which is why groups at Harvard and the Broad led by Crispr co-discoverer Feng Zhang are working with a new class of Cas enzymes that target RNA instead of DNA.

Since those are the instructions that a cell’s machinery reads to build proteins, they carry more information about the genetic underpinnings of specific diseases. And because RNA comes and goes, making changes to it would be useful for treating short-term problems like acute inflammation or wounds. The system, which they’re calling Repair, for RNA Editing for Programmable A to I Replacement, so far only works for one nucleotide conversion. The next step is to figure out how to do the other 11 possible combinations.

And scientists are finding new Cas enzymes all the time. Teams at the Broad have also been working to characterize cpf1—a version of Cas that leaves sticky ends instead of blunt ones when it cuts DNA. In February, a group from UC Berkeley discovered CasY and CasX, the most compact Crispr systems yet. And researchers expect to turn up many more in the coming months and years.

Only time will tell if Crispr-Cas9 was the best of these, or merely the first that captured the imagination of a generation of scientists. “We don’t know what’s going to wind up working best for different applications,” says Megan Hochstrasser, who did her PhD in Crispr co-discoverer Jennifer Doudna’s lab and now works at the Innovative Genomics Institute. “So for now I think it makes sense for everyone to be pushing on all these tools all at once.”

It will take many more years of work for this generation of gene-editors to find their way out of the lab into human patients, rows of vegetables, and disease-carrying pests. That is, if gene-editing 3.0 doesn’t make them all obsolete first.

Equity Shot: A deep dive into the Uber S-1

GizmoCrazed - April 12, 2019 0
Hello and welcome back to Equity, TechCrunch’s venture capital-focused podcast, where we unpack the numbers behind the headlines. It’s time for another Equity Shot, a quick-take...

The Road to Self-driving Cars Is Full of Speed Bumps