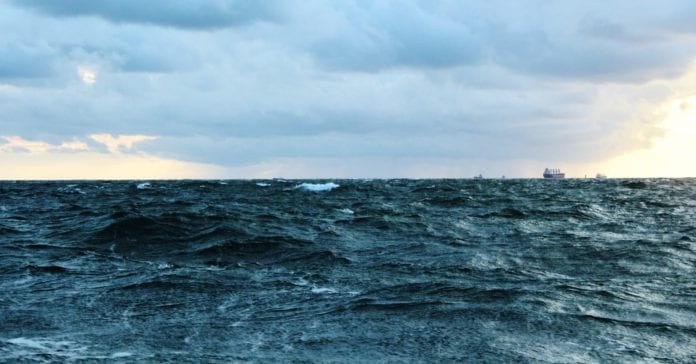 Ocean explorers and entrepreneurs have been thinking about how to scoop up mineral-laden deposits on the seafloor since the HMS Challenger dragged a few up in a bucket during its globe-trotting scientific voyage in the 1870s. A century later, the CIA used deep sea mining as a cover story for a secretive plan to recover a sunken Russian nuclear sub.

Now, it’s a serious engineering proposition. Companies in Belgium and the UK are testing crawlers and rovers to suck up potato-sized nodules on the seabed. And companies backed by Chinese, Japanese, and Korean governments are investigating the idea of drilling into the sides of underwater volcanoes or breaking off chunks of inactive hydrothermal vents—both places where minerals are deposited over time.

But some conservation groups worry that this seabed suction and the resulting clouds of sediment will kill sea life that can’t move out of the way: tiny sponges, corals, and slow-moving mollusks that exist nowhere else. And a group of scientists are trying to get ahead of the problem, working with the would-be miners to build dredging technology that will minimize environmental destruction.

Andrea Koschinsky, a marine geochemist at Jacobs University in Bremen, is studying just how much sediment impacts seafloor life—and if there’s a way to prevent robot harvesters from creating the plumes. The effects of seabed mining are a lot like trawling by fishing boats, Koschinsky says. Both leave scars on the seabed that remain for years, although studies have shown that some animals eventually return and recolonize disturbed areas. “We will not know for sure the complete effects on the deep sea ecosystem, should we decide to do deep sea mining,” Koschinsky says.

Those operations plan to dredge up three-inch mineral nodules, deposits of manganese, nickel, copper, cobalt, and various rare earth elements—objects formed over millennia, as phytoplankton ingested and then concentrated the minerals that spewed out of deep sea thermal vents. They’ll site the nodules with roving drones, scoop them up with a crawling robot, then lift them 7,000 to 10,000 feet from the ocean bottom to the ship in a suction pump or elevator-like mechanical lifter. From there, the nodules will be loaded on a cargo ship and taken to a processing plant, where they’ll either be bathed in chemicals like arsenic or cooked at high temperatures to recover the valuable minerals.

The Yukon of deep sea mining is a place called the Clarion-Clipperton Fracture Zone, a remote region about 500 miles southeast of Hawaii that stretches a thousand miles toward Mexico. That’s where DEME group, a Belgian dredging firm, plans to launch a full-scale pilot dredging operation in 2019. But before the dredging begins, Koschinsky and lab director Laurenz Thomsen are prepping a series of laboratory tests in Holland to find out what could go wrong—and if it can be prevented.

Koschinsky is studying how quickly the seabed recovers over time from mining operations. She’s using data from earlier commercial tests in the early 2000s and comparing them to more recent views of the same place. Thomsen, meanwhile, has built a seabottom crawler called “Wally” that is collecting data about mineral deposits at hydrothermal vents. He tests new modifications in a swimming pool-sized tank on the university campus.

About two hours drive away, at the GEOMAR Helmholtz Centre for Ocean Engineering in Kiel, Germany, Jens Greinert leads a separate team of engineers and physical oceanographers trying to build a better nodule harvester for DEME. “We want to figure out what makes the least impact,” Greinert says. “The mined area is buggered up anyway. If you put another 5 centimeters of sediment on top of 20 centimeters it doesn’t matter. What you don’t want is to impact the area outside the mined area.”

Greinert says his team is experimenting with boosting the amount of suction into the harvester, which seems intuitive. Spewing out a bigger and thicker cloud of bottom sediment with larger bits of material may force the plume to settle more quickly and cover a smaller area, at least according to preliminary tests in the lab. These tests are part of an environmental impact statement that Greinert is writing as part of the German government’s collaboration with the DEME group. If all goes well, Greinert will be aboard the German oceanographic research vessel Sonne in March 2019 to monitor the DEME dredger as it picks up nodules.

“All mining is environmentally destructive, and seabed mining will be environmentally destructive,” says Conn Nugent, director of seabed mining project for the Pew Charitable Trust. “We are most worried about people pretending to know what’s going to happen without it having happened yet. All the extractive studies saying it’s going to be different, financially and operationally. Any number of things could go wrong.”

For her part, Koschinsky thinks that it’s better to work with the mining companies. “This is a question we are discussing as to exactly who we are helping,” she says. “We might help promote a development that might have disastrous consequences in the future. But if we don’t develop our best knowledge, it might happen in a way that is much more harmful.”

The scientists have another incentive, too: Deep sea mining gets them access to an ecosystem they might not otherwise get to explore. Watching wildlife near a construction site on land (or even a sun-splashed coral reef) is pretty easy. But trying to count the number of deep sea fishes, clams, or sea worms 10,000 to 15,000 feet below the surface is nearly impossible, where light rarely penetrates and populations are tiny. “You might see some individual species only once,” says Koschinsky, “and you don’t know what their larvae look like or how they reproduce.” But with mining as a call to action, the German government is funding environmental studies on these remote areas.

Of course, the scientists’ concerns could never materialize. The International Seabed Authority has regulated the minerals in the Clarion-Clipperton Zone since the early 2000s, and the Jamaica-based authority is taking comments on a new set of environmental regulations governing the mineral leases. These new rules should be finished by late 2018, and they could change who’s allowed to mine where.

And, double of course, nobody has technically figured out how to harvest deep sea minerals and still make a profit. One partially built deep mining ship is in dry dock after the company hired to build it ran out of money and defaulted on an $18 million payment this month. And once operating, it takes about $50,000 a day to run a deep sea mining ship.

“We’ve taken a conservative look at the worst-case scenarios,’ says Christopher Williams, director of UK Seabed Resources, a London-based subsidiary of Lockheed Martin that plans a pilot project to mine the seafloor in 2019. “Even given those numbers, we don’t see it as a pipe dream. We see it as a realistic process.” In this slow-motion race to reap seafloor riches, some companies will likely go under. But scientists say even so, they are hoping learn a lot about new forms of marine life. Maybe, even, the devices they build now could one day be used to explore seas on other planets.

Here’s a small way to start building your resistance to Y...

GizmoCrazed - October 10, 2017 0
Who loves a good niche? We sure as hell do. And we also love niche products that address those niche problems — especially tech...