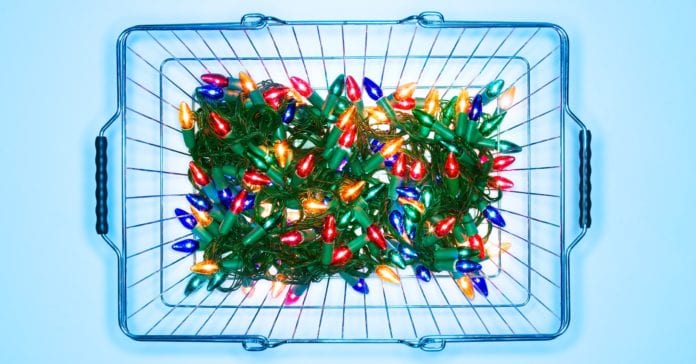 I remember the Christmas tree when I was younger. It had these large colored bulbs—they were pretty, but you couldn’t touch them. Yes, these were the old style incandescent lights, and they could get wicked hot. They were essentially smaller versions for the bulbs you would put in your lamp.

Today, many people still use a type of incandescent Christmas light. They are much smaller, but also way more efficient—and they don’t get so hot. But now we have another lighting option, the light emitting diode, or LED. The LED is different from an incandescent in that it doesn’t use a high filament temperature to create light. Instead, there is diode that produces light when electrons make an energy transition inside the device.

Are LED lights better than incandescents? Let’s look at three comparisons between LED and incandescent lights.

Energy isn’t free. In the US, the average price for electricity is 13.3 cents per kilowatt-hour. But be careful, don’t confuse power with energy. When you pay for your electricity, you are paying for the energy. Power is a measure of how fast you use the energy. It can be calculated as:

If you use energy in units of Joules and time in seconds, then you get power in units of Watts. But what about the unit of kilowatt-hour? That is the energy you get from using 1,000 Watts for 1 hour (or 3,600 seconds). Using the power equation above, I can solve for the energy as power multiplied by time. With 1,000 Watts for 3600 seconds, that would be 3.6 million Joules.

Now for the measurement of power. I am going to use some type of power meter—the basic idea is that you plug in some device and it reports the power it consumes. Here are the two sets of lights I am going to test with the LED lights on the left.

OK, there are two differences between these lights (other than LED vs. incandescent). One set of lights has a white cable and the other is green—but of course that doesn’t matter. However, the incandescent is a string of 100 lights and the LED is just 50. So, I can’t just compare the power for the two strands. Instead I will get the power per light.

Let’s say you have a Christmas tree with 500 lights (or maybe even more if you live in my house). If you run these lights for 5 hours at 13.3 cents per kilowatt-hour, the LED lights would cost 1.6 cents and the incandescents would cost 6.6 cents. So, that’s not too bad for just a tree.

Just for fun, here is a nice image that shows why the LED uses less power. This is an infrared image so that you can see which set of lights gets hotter.

Notice that the lights on the right (the LEDs) are much cooler. Actually, there is one hot point in there—I’m not exactly sure what it is, but it isn’t an LED bulb.

Fine, the LED use less power. But are they as bright as the incandescents? You could just do a visual comparison, but I like to take it to the next level. The brightness of a light can be measured with a photocell, but I am going to use this light sensor that can record the intensity as a function of time. I have also included a rotation sensor so that I can measure the light intensity at different angles from each light. Here is my setup.

The idea is to rotate the light so that the sensor gets data from both the top and the side of the bulb. Here is the output from the incandescent bulb.

Notice that for this bulb, it’s actually brighter on the sides than on the top (0 radians is the top of the bulb). You could probably calculate the total light output, but you would have to do some math stuff.

Now for the LED light.

The LED is in some ways brighter. At the top of the LED it gets over 70 lux, where the incandescent peaks at about 15 lux. Once you move away from the top of the LED you get very little light. But wait! There is another very important difference. The LED is only brighter for part of the time. This is because the LED light isn’t always on. In fact, the LED light turns on and off. Here is a plot of brightness as a function of time for both lights over a 0.1 time interval.

In this time scale you can clearly see that the LED lights (the blue curve) turn off and back on. This is because of the “D” in LED—the diode. A diode only allows current to move in one direction through the light, but the electrical outlet produces alternating current (AC). You can of course fix this by putting an AC to DC converter in the string of lights—but that will add to both the cost of the lights and the power that they use.

(If you have epilepsy or are sensitive to visual stimuli, stop scrolling now to avoid a flashing GIF.)

Here is a simple experiment you can try yourself. Take out your phone and make a slow motion video of some LED Christmas lights. It will probably look something like this.

Yes, that is super annoying in slow motion—but it almost seems like you can still detect the flickering without the camera. I think I am just going to stick with the incandescent bulbs for now. You might claim the LED lights are better, but we can all agree that the incandescents are better than putting candles on your tree.