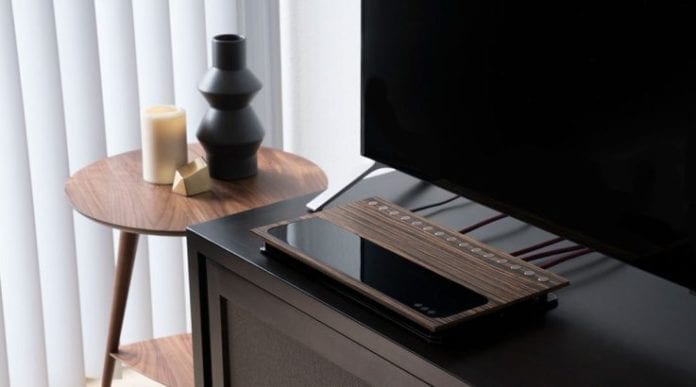 The streaming box that aims to bring sanity to your streaming world by combining all your streaming hardware sources into one will ship on Valentine’s Day next year, according to The Verge. Caavo offers a solution to a very modern problem – making it easy to switch between devices including your DVR, your Roku, your Apple TV, your PS4 and other devices seamlessly, using one remote and a single interface.

It uses a modified version of Android to unify all these disparate sources, and automatically switches to whichever device contains the content you’re looking for when you want to watch it. You can set different defaults for various services, including Netflix, Hulu and Amazon Prime, in case you find that one or another of your devices is better at streaming that particular service than another (or it’s only available in one place).

The Caavo can support up to eight inputs, with 4K resolution – but it has one major limitation that might be a deal-breaker for the kind of home theater nut who’s likely to need something like what the Caavo offers in the first place: It doesn’t support HDR.

Caavo’s retail price is $400, which is, if you’re counting, double the price of an Apple TV or Shield TV, which are themselves already considerably more expensive than a Roku or Amazon Fire TV streamer. The startup is betting that there are enough customers out there willing to spend on individual devices like an Xbox and PS4, as well as an Apple TV and a traditional TV subscription that also crave an added level of convenience vs. what you’d get from a universal remote like those offered by Logitech. That’s a very big, very questionable bet.

Honestly, there’s probably no way this boondoggle of a product succeeds. But the company’s ambition and technology could still have promise, and per The Verge, it’s already looking at what else it might make, perhaps in a more affordable price range.

GizmoCrazed - October 26, 2018 0
Blockchain startup Blockchain shared its roadmap for the coming months. The company is launching a hardware wallet in partnership with Ledger. Blockchain is also...