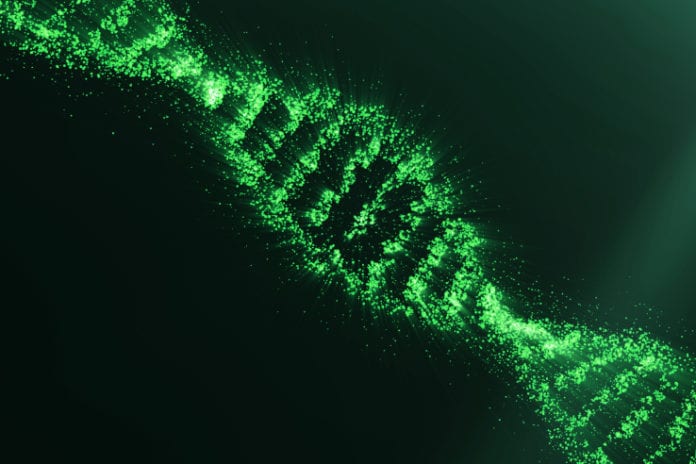 Biotech is one of today’s many hot frontiers of technology, but one thing holding it back is that it’s significantly less amenable to traditional computing techniques than other areas. A new startup called Asimov, spun off from research at MIT, is working on bridging the gap between the digital and the biological by creating, essentially, a set of computer-aided biology design tools. It’s a prescient enough idea that it has attracted $4.7 million in seed funding.

The problem that Asimov addresses is this. Say you’re a pharmaceutical company trying to make a tiny biocompatible machine that holds a certain amount of medication and releases it when it senses some other molecule.

In order to do so, you’d have to — well, among about a million other things — design what amounts to a logic gate and signal processor that works at the molecular scale. This is a daunting prospect, as creating molecular machinery is a labor-intensive process often involving creating thousands of variations of a given structure and testing them repeatedly to see which works.

Asimov’s innovation is to allow people to create biological circuitry like the above using familiar tools and techniques. In fact, they’d use the same tools as if they were going to build a similar circuit in silicon and copper.

The technique Asimov’s founders created — MIT’s Alec Nielsen, Raja Srinivas, Chris Voigt and Doug Densmore — translates the logic and structure of a traditional circuit into a DNA strand that can be introduced to an organism and replicated inside it, where it will perform the same type of calculation (XOR, for instance) inside the cell.

Built-in protections prevent errors at the molecular level, such as conformational problems resulting from this or that structure being too close to one another, and as a result, the creators claim the platform can tell you with 90 percent accuracy whether a circuit you’ve designed will work or not.

Some of the technical details can be found at this MIT news release from last year, or in this more recent blog post by Nielsen.

In another post, A16Z general partner Vijay Pande explains what he sees as adequate reason for investment:

With Asimov’s approach, high-accuracy simulation, and circuit building-blocks, we can greatly speed the development of biological circuits — decreasing their cost, and greatly increasing their sophistication and complexity.

We’re still in the “transistor phase” of things, so are not yet at the point where the full complexity of a modern microprocessor can be realized into the circuits of cells. But there are many initial applications where this technology can make major advances — much like how early microprocessors, as simple as they were, became a dramatically enabling technology.

The company says in a press release that the funding will allow them to “quickly scale and partner with customers in diverse areas.”

“We strive for Asimov to be the go-to resource for designing biological computation as biotechnology steadily becomes a fully-fledged engineering discipline,” wrote Nielsen. “I personally hope that this technology one day improves our ability to cure disease, empowers clean and sustainable manufacturing, and helps nourish a growing global population.”

You Can Play Pac-Man Inside Google Maps Right Now

GizmoCrazed - April 1, 2015 0
So you happen to be an avid fan of Pac Man game? It seems Google realizes what a huge audience the game enjoys. That...

Clothes-drying jumps to a new level with ultrasound