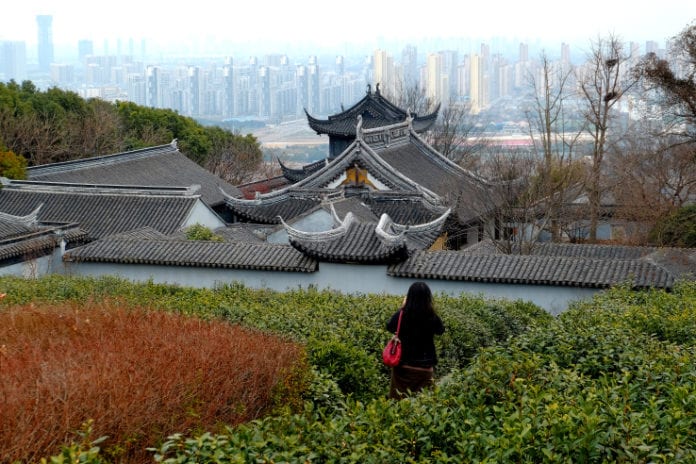 It’s been a bad few months for internet freedom in China (and really, a bad few decades, but who is counting?). The government brought into force a broad-ranging “cybersecurity law” earlier this year that empowers Beijing to take unilateral control over critical internet infrastructure, while also mandating that foreign companies keep all citizen data local inside China — preventing cloud services like Amazon Web Services from moving information between local and foreign data centers, for instance.

That’s not all, though. As Jon noted earlier today, China’s government has also asked Apple to remove hundreds of apps from the China-version App Store this year, including popular social messengers like Skype and VPNs that allow Chinese citizens to access information outside of the Great Firewall.

So it was with great irony that as China has been cutting itself off from the rest of the world’s internet, it hosted the fourth-annual World Internet Conference in Wuzhen this past week. And in an unannounced surprise, Apple and Google chief executives Tim Cook and Sundar Pichai showed up to take part in the “festivities.” Cook even delivered a keynote, and a bow to the audience that was met with a standing ovation.

Chinese President Xi Jinping has repeatedly increased government controls over the internet throughout his administration, and with his ascension to “core leader” at this year’s 19th Party Congress, those controls are only expected to continue to tighten. Therefore, it’s not unusual for foreign tech execs these days to be making the pilgrimage to China to try to maintain their access to the market — or to get any access at all. Just a few weeks ago in October, Cook was in China again along with Mark Zuckerberg to attend the annual advisory board to Tsinghua University’s business school, which Cook joined in 2013.

Nearly every tech executive needs to confront the fact that China, whose market is second only to that of the United States, is completely isolating its internet industry from foreign competition. Google, Facebook and other tech giants remain entirely blocked. LinkedIn has faced serious setbacks in recent weeks despite some early success in venturing into the Chinese market with a professional social network and not the kind of messaging that theoretically worries the central government.

Apple seems to be the only top Silicon Valley company that has navigated the shifting tides, although it has remarkable leverage, given that its device manufacturing is heavily based in China and employs quite literally hundreds of thousands of people through its Chinese manufacturing partners.

To be fair to SV tech giants, the complexity of operating in China isn’t any simpler for domestic companies. The Chinese Communist Party has set its sites on companies like Alibaba and Tencent, proposing that large tech companies provide a board seat to the party, and also “donate” shareholder equity to the government.

That leads back to the question then: how far is too far? At Wuzhen this weekend, Alibaba founder Jack Ma was quoted by The Wall Street Journal saying that “When you determine to come, prepare for it. Follow the rules and laws and spend 10 years.” So what happens when the law requires that all source code be handed over to the government? That the government needs a board seat and “special management shares”?

Google may regret its decision back in 2010 to leave China after supposedly state-sponsored hackers attempted to break into several Gmail accounts of Chinese human rights activists. Pichai, Google’s chief executive, was not given a speaking slot at the Wuzhen conference this weekend, unlike Cook, although he did sit on a panel of tech executives. But ultimately, the decision may have saved the company from the quickly encroaching hand of the Chinese state. For so many other Valley tech companies, the line between internet freedom and tyranny is blurring rapidly. Deciding to forego the world’s second largest market is hardly an easy call, but may ultimately be the best business decision.

Featured Image: Thomas Depenbusch/Flickr UNDER A CC BY 2.0 LICENSE