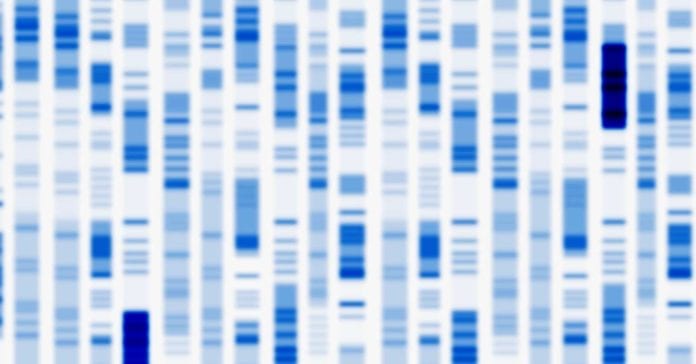 This holiday season, more people than ever before are giving the gift of spit. Well, what’s in your spit, to be precise. Want to know where your ancestors once walked or whether you’re at risk for a genetic disease? There’s a spit tube kit for that. And customers are buying them in record numbers.

Between Black Friday and Cyber Monday, leading personal genomics company AncestryDNA sold about 1.5 million of their testing kits designed to provide insights into your ethnicity and familial connections. That’s like 2,000 gallons of saliva—enough to fill a modest above-ground swimming pool with the genetic history of every person in the city of Philadelphia.

Ancestry says it’s equipped to deal with the impending deluge, but the flood of consumer interest has its executives eyeing the long-term prospects of their stretched supply chain. It also has some policymakers and public health officials concerned about the pace with which people are blindly giving away their genetic data to these types of companies, who can turn around and sell it to third parties.

At a press conference on Sunday, New York Senator Chuck Schumer called for increased federal scrutiny of the privacy practices of consumer DNA testing companies like Ancestry and its chief rival 23andMe. The Food and Drug Administration already regulates consumer DNA tests related to health, like the 23andMe panel they approved earlier this year. So what exactly does the congressman want? For the Federal Trade Commission to force the firms to extract all their buried fine print about how they might distribute your data, and broadcast it loud and clear. “I think if most people knew that this information could be sold to third parties they would think twice,” said Schumer. “The last gift any of us want to give away this holiday season is our most personal and sensitive information.”

While there’s no evidence that these companies have let anyone’s genetic data fall into the hands of hackers—or anything half that bad—their policies do grant them free rein to host, transfer, process, analyze, distribute, and communicate your genetic information. You still technically own your DNA, but they own the rights to what’s in it—after it’s been anonymized and deidentified, of course. Both companies say the primary way they use this genetic data is to improve their products and services. But both have research partnerships that involve exchanging data for money—23andMe with drug companies like Pfizer and Genentech, Ancestry with Alphabet longevity spinout Calico.

“This isn’t a videogame, it’s people’s genetic code and it’s a very valuable commodity,” says Peter Pitts, the president of the Center for Medicine in the Public Interest and former FDA associate commissioner. He’d like to see more transparency from Ancestry and 23andMe about how often they resell DNA data and how much they make from it. That’s the only way for people to know what it’s really worth. “To treat it like a toy and put it under the Christmas tree is incredibly irresponsible.”

But that’s exactly what millions of people are going to be doing in just a few short weeks. While Ancestry officials didn’t provide exact sales figures for this year’s Black Friday weekend, they did say they sold three times as many kits as the same time period in 2016, an amount they’d previously reported as 560,000. Going into the long weekend, the company had sold slightly more than six million tests since launching the product in 2012. 23andMe declined to give any financial details, but thanks in part to a big price cut, their health test was one of Amazon’s five best-selling items on Black Friday, behind the Amazon Echo Dot, two other Alexa add-ons, and a programmable pressure cooker.

Amazon has become an increasingly important sales channel for both Ancestry and 23andMe in the two years since they began selling in the ‘home tests’ section of the two-click shopping platform. But it was particularly huge for Ancestry when the aforementioned pressure cooker sold out late in the day on Monday. “From that moment you could just see it take off like a hockey stick,” says Ancestry executive vice president and general manager Ken Chahine, still surprised.

But not as surprised, he says, as Amazon. “They didn’t expect us to sell that much, so they moved a bunch of inventory out of the distribution centers to cold storage, probably in the middle of nowhere and then they had to go track it all down and for a while nobody knew where it was,” he says. It’s since been sorted out. But if you ordered a kit and it hasn’t come yet, at least now you know why.

Both Ancestry and 23andMe have acknowledged the criticism that has come with more widespread use of their products. But the companies maintain that their customers understand the tradeoffs and have the opportunity to opt-out at any time. When I interviewed Ancestry’s chief scientific officer Catherine Ball at the Commonwealth Club in July, the majority of the audience questions focused on issues of privacy and third party access. “We do not own or assert any ownership over your genetics,” she told the crowd of about 100. “We just see ourselves as stewards, and only do that which our customers have consented us to do.”

On Sunday night, in response to Schumer’s remarks, Kate Black, 23andMe’s privacy officer and corporate counsel, told NBC News something similar: “We do not sell individual customer information, nor do we include any customer data in our research program without an individual’s voluntary and informed consent. 23andMe customers are in control of their data—customers can choose to consent, or not to, at any time.”

Critics like Pitts say that’s “true but not accurate,” if you dig into the fine print. Which, he fears, people will spend even less time doing if they get the tests from a friend or relative. “That comes with an implicit endorsement, so people are likely to pay even less attention to the potential risks,” he says. A genetic test won’t shoot your eye out, but it should be handled with care.

LIV is Kickstarting a beefy and bold chronograph for race lovers