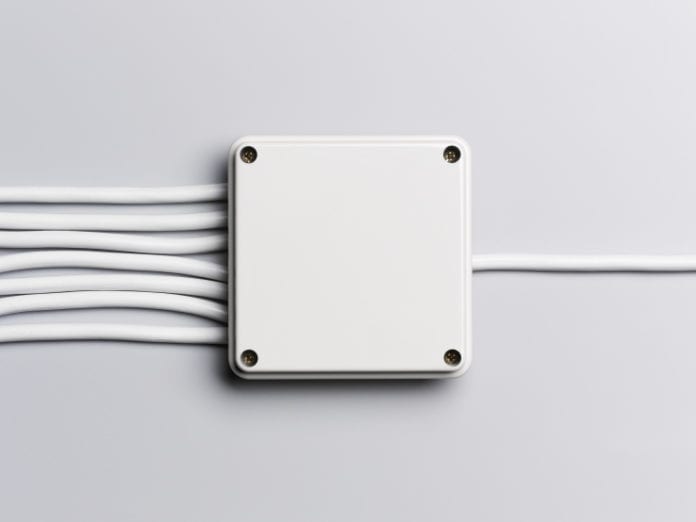 Joe Flaherty is director of Content & Community at Founder Collective.

Three prominent tech thinkers recently declared the end of the startup era, questioned the future of tech innovation generally and heralded the rise of the “Frightful Five” — Apple, Amazon, Facebook, Google and Microsoft — who will dominate the future of tech. All of the posts make credible arguments, but ignore how consolidation could be good, even great, for startups.

If we define startup success as building cornerstone companies that will go down in history and be worth hundreds of billions of dollars, we may, in fact, be entering a lean period. If we define success as building an ever wider assortment of products, shipping them to tens of millions of users and earning hundreds of millions, or even billions of dollars in short time frames, the good times may just be getting started.

Just look at the case of tbh — Ben Thompson suggests that Facebook likely paid ~$80 million for the seed-funded, one-year-old company. Each founder probably made close to $15 million for a year of work, making them better paid than All-Star NBA Champion Stephen Curry. Entrepreneurs may have to settle for acquiring mere generational wealth, rather than becoming “pledge to cure all diseases” wealthy, but the death of startups has been greatly exaggerated.

How consolidation could be great for startups

The kind of industry consolidation we see with the “Frightful Five” isn’t new to tech, it’s the norm in most industries and can actually spur innovation. The pharmaceutical and packaged food industries are heavily consolidated, have thriving startup scenes, are hyperactive in M&A and provide a glimpse of how the future of tech may unfold.

The pharma industry was one of the earliest tech businesses and is one where first-mover advantage is real. As many leading pharma companies were founded before 1780 as after 1980, and eight of the 10 biggest companies are more than 100 years old. This sounds like the makings of a moribund market, but, in fact, between 2014-2015 there were more than 100 biotech IPOs that generated $10 billion in proceeds. A hundred years after the “winners” were established in pharma, startups are still producing money-making miracle drugs and minting multi-millionaire startup founders with startling regularity.

How did this happen? The established companies have scaled their organizations to handle the drudge work of getting a drug through clinical trials, past FDA review (and its global counterparts) and, once cleared, into the hands of doctors and patients. This organizational structure and scale make them ill-suited to pursue novel R&D, which is where the startups shine. Startups can now orient themselves entirely toward finding breakthrough cures and not worry about commercialization. If a startup develops a novel cancer drug, or even a molecule that looks promising, Sanofi, Novartis or one of their peers will buy it.

Critics of the pharma comparison will point out that intellectual property is critical in the biotech/life sciences industries and software-based tech startups don’t have the same negotiating leverage. This is a fair point. However, the pattern of large companies focused on marketing and distribution acquiring nimble innovators also plays out in the packaged food business, which, like software, has little in the way of IP, relies on commodities as inputs and thrives by surfing changing consumer tastes. Look at the top 10 packaged food companies by revenue and the years in which they were founded:

Despite this consolidation, last year there were 614 food and drink company acquisitions.

The diversity of the startups is impressive, their simplicity of their offerings even more so. Krave Jerky served paleo enthusiasts, and Dave’s Bread was a godsend to gluten lovers, but both were rewarded with quarter-billion-dollar exits for improving on product categories that are approximately 10,000 years old.

Startups aren’t limited to acquisitions either. Chobani went from a niche product to owning 20 percent of the yogurt market in a little over 10 years. In 2015, two dog food startups debuted on the public markets with a combined $6 billion in market cap.

It’s true that the founders of RX Bar will probably not go down in history the way W.K. Kellogg did, but they still managed to turn a $10,000 investment into a $600 million fortune in four years. That seems like the sign of a healthy entrepreneurial ecosystem, not a weak one.

Not only could this pattern work in tech, in some sectors it’s already the norm. Google has acquired at least 211 startups since 2001. IAC has owned the online dating space from Match.com and has bought up many of the 45 sub-brands that make up its portfolio.

Some believe that the tech industry will be perpetually churning and creating new market leaders. As Friendster gave way to Myspace, and Myspace lost out to Facebook, so shalt Facebook be upstaged by the next great social network. Microsoft once looked unassailable and was ultimately brought low by changing technology and the Justice Department, and so will Google, they say.

That’s always a possibility, but the reality is these companies have benefited from capturing billions of users in the crossover from desktop to mobile computing and established business models that are native to the web. The founders of Facebook, Amazon and Google will likely be running their companies for decades to come.

How to navigate the post-startup landscape

Fortune favors efficient entrepreneurs…
In a world where new tech startups don’t have a clear path to Facebook-sized valuations, one way to thrive is to avoid raising so much VC funding where becoming the “next Google” is the only way to win. There’s no shame in a $100 million startup. Fred Wilson and USV have created a legendary firm on $1-3 billion dollar exits (with a couple of notable outliers).

If a startup isn’t building for the long haul, they should orient themselves to a world where more humble valuations are the norm. There are dozens of startups that got huge with almost no capital. It’s possible to make more money as an entrepreneur by raising very little capital and selling for a low price than raising huge sums and selling for a high price. Entrepreneurs shouldn’t aim small or plan their company around an acquisition, but they shouldn’t close the door on the option by overfunding.

…and audacious projects
Today, many equate startups and entrepreneurship with the lean, public development process that enabled Mark Zuckerberg to create in a dorm room the most powerful media company the world has ever known. This is not the historical norm. We may be due for a period where major capital expenditures are required to create the platforms of the future.

That process can look messy. Magic Leap has been able to easily conjure piles of cash, but thus far has been unwilling to perform even the simplest parlor trick for the press, leading many to speculate that its eventual release will result in a Juicero-like splat instead of a Jobsian reveal.

But is it that crazy for a startup to invest $1.9 billion to develop something, that if successful, will be a new kind of display technology with the potential to rival OLED? If this investment pays off, and the patents are strong, Magic Leap will be in a position to compete with Apple, Facebook, Google and Microsoft in the race for AR. Even if it ends up being “just” an awesome game platform, the amount invested isn’t crazy. Sony spent more than $3 billion in R&D developing their third-generation PlayStation console and Microsoft spent $100 million improving their Xbox game controller. If Magic Leap finally ships a functional product, founder Rony Abovitz will deserve plaudits for his capital efficiency.

Look to places other than San Francisco…
Consumer drones are an $8 billion tech industry that is thoroughly dominated by DJI, a Chinese startup. Perhaps WeChat will decide to take on Facebook in the U.S.? Or Alibaba could one day decide to challenge Amazon in the U.S.? The notion of a Japanese loom maker beating Ford and GM to become the leader in U.S. auto sales seemed crazy at one point as well, but Toyota did it all the same. And who knows what’s being developed in the dorms at Tsinghua University.

…including vape shops
In a world where Warby Parker, Casper and Juicero are considered tech companies, it’s worth taking a moment to recognize that the e-cigarette category has become an $8 billion market, and is projected to be worth $20 billion in the next five years. This is within striking distance of Ethereum’s market cap, but unlike cryptocurrencies, which have been obsessed over by the tech cognoscenti, e-cigarettes emerged from gas stations and bodegas seemingly overnight. Vape shops won’t spur the next great startup, but their rapid growth shows that tech has not drawn its last (root beer-scented) breath, and that huge opportunities for startups can come from anywhere.

The market is never truly settled 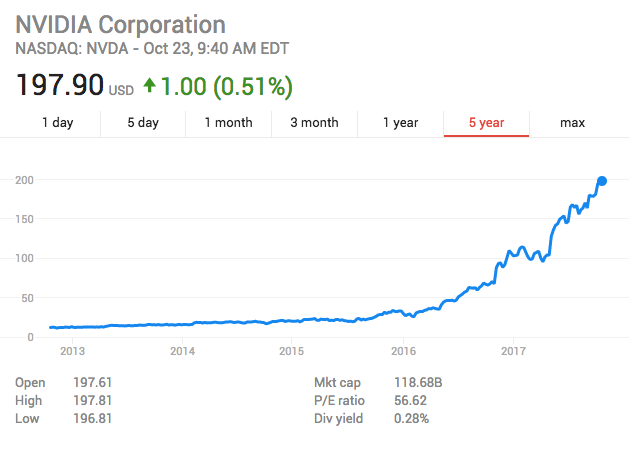 Nvidia was founded in 1993 with the goal of making better graphics cards for gamers. By its twentieth anniversary, it had attained a comfortable corporate middle age with a valuation in the single-digit billions. Then AI folks began to rely on Nvidia’s hardware, and the company enjoyed a 10X improvement in their stock price in the space of two years. What was once a company that served a niche segment of the tech industry is now a major player — Nvidia’s market cap is twice as large as Tesla’s! It may be the end of the startup world as we’ve known it, but students of business history should feel fine.