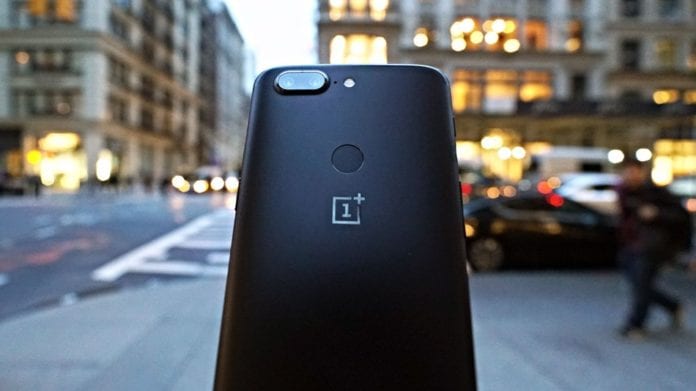 “When we launched the OnePlus 5, there was no plan to release the OnePlus 5T,” Kyle Kiang, OnePlus’ head of global marketing, told me a week before the new phone’s splashy launch event in Williamsburg, Brooklyn.

It’s a peculiar admission, but it fits perfectly with the Chinese startup’s motto to “Never Settle.” OnePlus’ unwavering mission to deliver the latest technologies as soon as possible not only keeps its products up to date with the latest mobile trends, but puts the heat on the Samsung’s of the world to deliver experiences that’ll justify spending $1,000 on a new phone.

SEE ALSO: The OnePlus 5T is here with a larger screen and even better dual cameras

Following the 5T’s launch event, I sat down with the company’s CEO Pete Lau and picked his brain on a number of topics, and one of them was why they’re coming out with a newer, better version of their already excellent flagship so soon.

To design and launch a new phone within the span of five months is usually unheard of.

There’s a reason why most phone makers only launch a single flagship (different screen sizes, notwithstanding) model every year: It takes years for research and development.

It’s usually the case that phone makers are hard at work on the next phone and the one after that long before the current one even launches.

But OnePlus is different.

While every company wants to be a trendsetter, the company is content with merely delivering the best possible product that makes sense for the now.

Both of these are features Samsung and Apple have adopted for their own flagship phones this year. And the company has never been shy to admit it’s a follower. For example, when I grilled Kiang last year on how similar the OnePlus 5 resembled an iPhone 7 Plus (right down to the similarly shaped antenna lines on the back), he told me there are only so many ways to make unibody aluminum phone, and besides, it was the natural evolution of their devices.

Straight from the source

The 5T is classic OnePlus: It has all the things more well-known and expensive 2017 flagship phones have, but costs half as much.

But why launch a phone so quickly and end production for the OnePlus 5, an extremely well-received phone that many, including yours truly, highly praised?

Because the supply chain’s ready, and when components like larger edge-to-edge screens and face unlock are affordable enough to include in a phone they can still sell at the value they want to, why wait a whole year?

“When we were developing the OnePlus 5, we didn’t know what [components] was going to be available in the second half [of the year],” Lau said. “With the release of immersive displays by other brands, you can see the entire supply chain is moving towards that direction. We get a lot of information from our suppliers, which then helped us make this decision.”

“With the release of immersive displays by other brands, you can see the entire supply chain is moving towards that direction.”

This ability to move at such speed to get a new phone out the door is typical of Chinese phone makers that are fixated purely on hardware specs.

OnePlus, like many of these no-name Asian phone makers, have design and engineering studios stationed closely to factories in Shenzhen, China. The proximity means the company can have prototypes sent back within under a day, Kiang said. That’s even faster than the one-day turnaround Kiang boasted about prior to the OnePlus 5 launch.

Coupled with their close relationships to the suppliers, which they get a nice little assist from their investments from Chinese tech giant Oppo, the company has a one-two punch to quickly corner the market.

OnePlus could have stopped at just adding a bigger screen, but that addition also forced them to rethink how users unlock their phones.

“The Face Unlock feature was a more of a result of the larger display because we prefer to have the fingerprint scanner on the front,” Lau said. “It’s a much better user experience, but at the same time, we didn’t want to distract from this really immersive front display “

“So the only way to fix this was to put the fingerprint scanner on the back. But having it on the back isn’t a great user experience so that’s when we began thinking about other solutions — for instance, Face Unlock.” 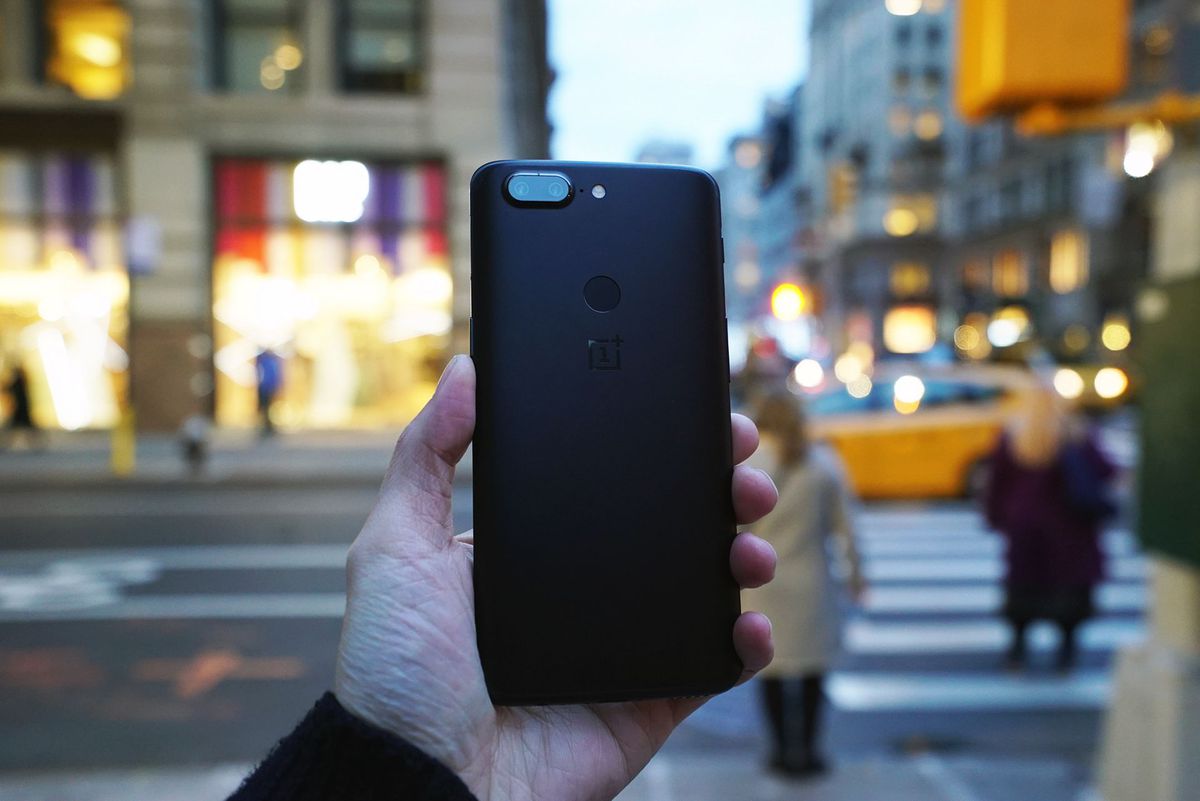 This rapid release cycle is great if you’re an early adopter and want the latest and greatest without waiting, but it could rub loyal customers who purchased the original non “T” version the wrong way. Ask yourself how you would feel if you were saddled with what is now essentially an outdated phone less than six months after you bought it, from a brand you want to be loyal to? It’s not a good feeling.

Lau tells me the company’s intention is not to screw up its customers. This speed is just how the company operates and launching new technologies when they’re available for customers is all part of  the drive to build the best product.

On this week’s MashTalk podcast this week, Kiang reiterated this intense focus on the product, because that’s a direct reflection of the company. This Apple-esque philosophy on product design is not a coincidence. As Lau told me, the company looks at Apple as the industry standard and aspires to it and operate with similar principles.

Kiang openly admits the company is not great at marketing. It doesn’t pour a lot of money or resources into advertising and primarily relies on word of mouth to convert people to its devices.

OnePlus 5 owners, like OnePlus 3 owners last year, may feel slighted by OnePlus’s swift release cycle, but they shouldn’t. The phone they bought was the best OnePlus product at that moment. And it’s still a great phone, but like all things, the best is never the best forever.

Technology always gets better. Some companies choose to wait and some companies, like OnePlus, don’t. If you can’t stomach the company’s speed — the company could launch another phone in another five months if it felt ready to — then maybe you should consider other devices.

I’ve only tested the OnePlus 5T for a week (we’ll have a full review in the coming days), but I can already tell you two things that are probably true: 5T is the best phone the company’s made and its next phone, presumably the OnePlus 6, will probably be even better (assuming the company doesn’t mess things up). 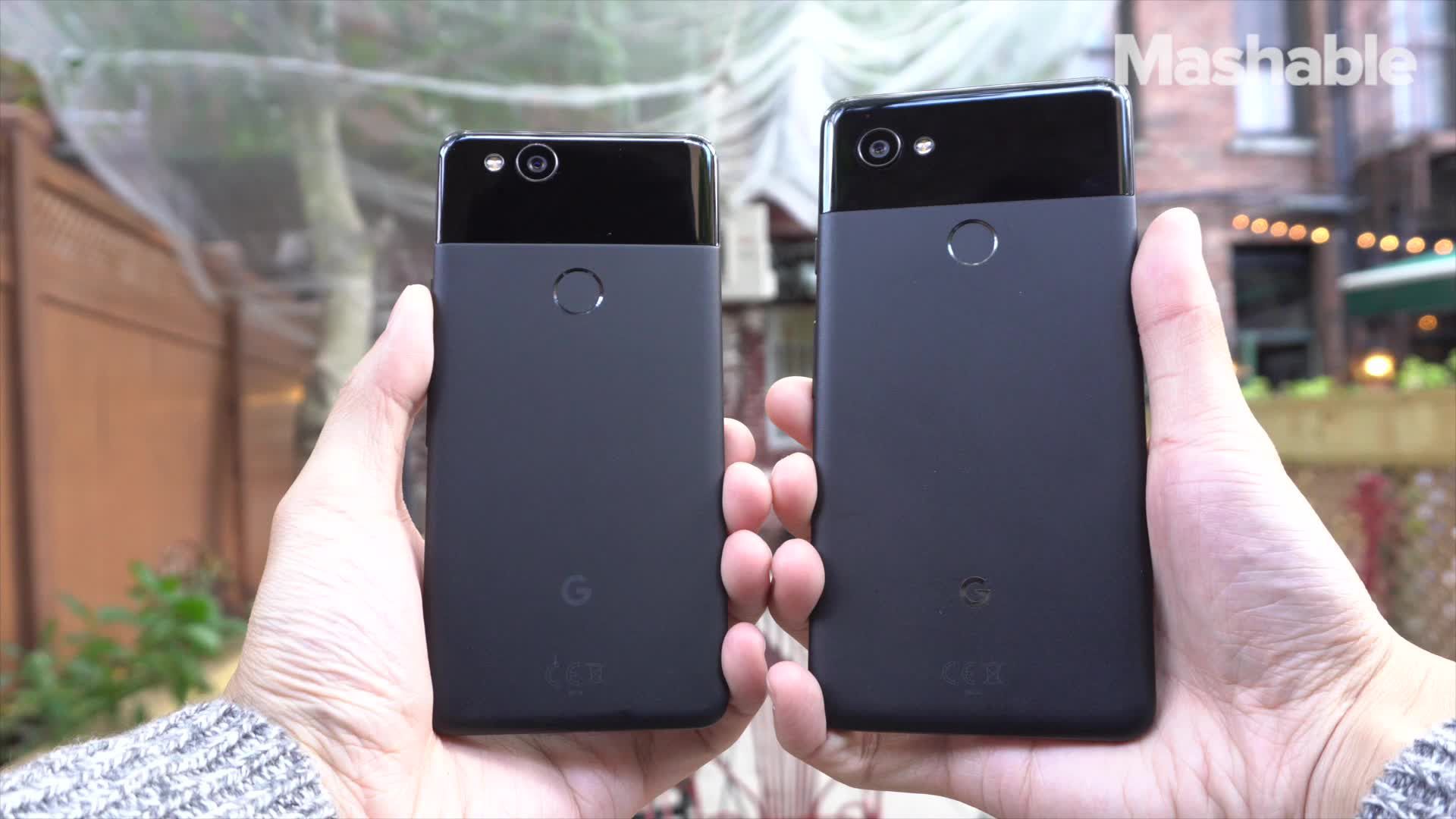