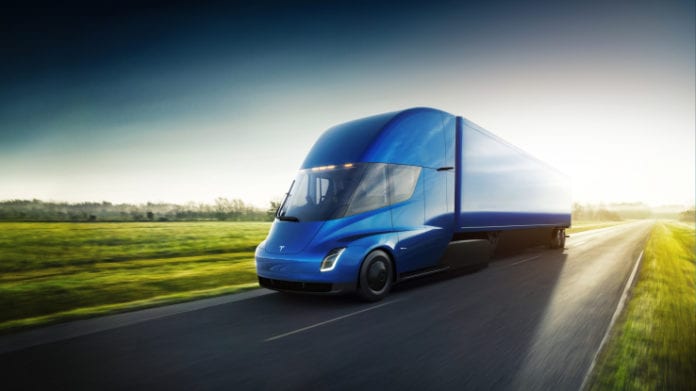 Walmart says that it intends to be among the first companies to pilot Tesla’s new all-electric Semi heavy-duty truck. The retailer told CNBC that it’s “excited to be among the first” to test the new vehicle, and to see how it might help them achieve “long-term sustainability goals” including decreasing their overall emissions footprint.

The retailer will pilot the Tesla Semi across both U.S. and Canada, the company says. Walmart operates around 6,000 of its own trucks currently to transfer stock from distribution centers to its stores.

This is a sign of how the Tesla Semi could make a bigger impact than many might suspect on the trucking industry. Cost of vehicle is definitely a consideration, and Tesla hasn’t said much about what the trucks will retail for once available, but cost of operation is something they addressed, saying it’s below that of diesel Class 8 heavy duty vehicles.

But Walmart’s statement reveals yet another key selling point: Tesla’s Semi can help with corporate sustainability efforts, and companies all over the world have committed to reducing emissions and lowering their ecological impact, whether due to internal targets and image considerations, or requirements from regulators and governing bodies.

The Tesla Semi checks a lot of boxes in terms of addressing bottom line considerations, offering 500 miles of range to avoid too much compromise vs. diesel truck travel capability, and providing a way for a company to decrease its net CO2 emissions without having to undertake expensive endeavors like sponsoring the construction of renewable power plants.

This is also the first sign that Tesla’s Semi announcement isn’t just a flashy stage show: A pilot partner eager to talk about actually using the trucks immediately shows there’s some some fire behind the smoke.

GizmoCrazed - July 23, 2011 4
According to Financial Times, Apple has surpassed Nokia to become the World's Top Smartphone Vendor. Apple, with its smartphones iPhone 3GS and 4, has...