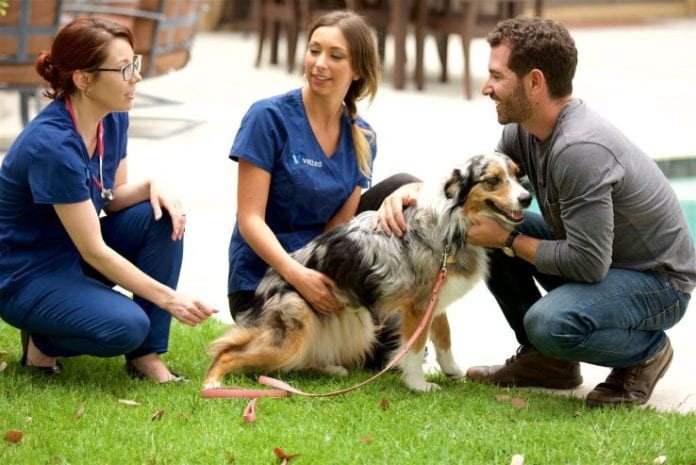 Consolidation continues to dog the world of on-demand startups — literally and figuratively. In the latest development, Vetted, a startup focused on veterinary services, is acquiring VetPronto, an almost identical peer.

A few months ago we covered the launch of Vetted, an on-demand veterinary startup that raised $3.3 million from investors like Amplify LA, Sterling.VC and Foundation Capital. At the time the company explained that in terms of expansion they were focused on depth over breadth — which is why they are only operating in Los Angeles.

Launched out of Y Combinator’s Winter 2015 class, VetPronto had raised about $1.3 million to fuel its nationwide growth to date. While a sale price wasn’t disclosed, the deal was a mixture of cash and equity, with the cash portion being some number less than the $3.3 million that Vetted raised over the summer.

Readers of TechCrunch know that consolidation (and failure) is nothing new in the on-demand space. In fact, there’s a pretty predictable trend we’ve seen play out countless times. First, a segment of the on-demand industry gets hot (like ridesharing or cleaning companies). Next, a ton of companies pop up to try to dominate the space, and then over the next few years they go out of business or consolidate. It’s almost like clockwork at this point.

Which is why it’s no surprise that we’re seeing the same thing happen in the pet care space. On-demand is hard until you hit scale, especially when you throw highly compensated employees like veterinarians into the mix. Of course, it’s important to remember that this isn’t always a bad thing — sometimes the whole is greater than the sum of its parts — especially when one of those parts can help you scale faster.

Case in point — this deal will double Vetted’s customer base to around 10,000. At first the two services will remain separate, at least from a customer’s perspective — but this will soon change as Vetted consolidates operations under its brand.

Scientist are now closer to creating a true bionic human

GizmoCrazed - September 1, 2016 0
Sharath Sriram and his research team at RMIT have built an artificial memory cell that could one day function as the grey matter in...

Cosmologists Clash Over the Beginning of the Universe

Heart With No Beat, A New Hope Of Life