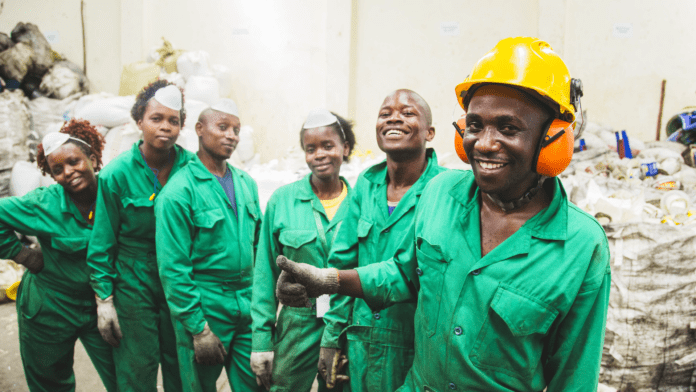 Kenya has a waste management problem, especially in the country’s capital of Nairobi. As of 2016, Nairobi was producing around 2,400 tons of waste every day but only 38 percent of that trash was collected and less than 10 percent was recycled, according to Kenya’s Ministry of Environment and Natural Resources. That resulted in the remaining 62 percent being left on illegal dumpsites or getting burned.

Mr. Green Africa, a tech-enabled plastic recycling startup, is trying to help tackle this problem. The startup aims to trade recyclables while achieving both social and environmental impacts. Mr. Green does this by tapping into the informal group of waste collectors and integrating them into their tech-enabled business.

“There’s a real group of waste pickers that actually just do that,” Mr. Green Trading CEO Keiran Smith told TechCrunch. “We’re actually focusing on this group who has grown up in very poor circumstances and are really in the hustle — everyday hustle of surviving. Still, they have spotted that opportunity to trade and create an income. But they’re still exposed to some exploitation of you know, random pricing, buying, not getting paid and so on. And we kind of try to solve that.”

GizmoCrazed - June 25, 2012 0
Ferrari is one of the most luxurious, expensive and fastest car of the world. Each new model of this super-luxurious brand is highly anticipated...

Modern Technology and its impact on our life – In-Depth Discussion