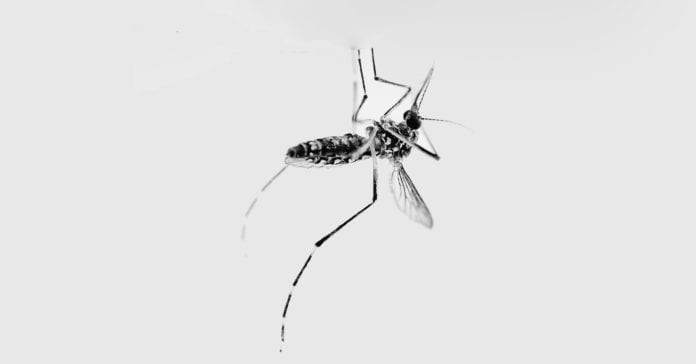 To get to work in the morning, Omar Akbari has to pass through a minimum of six sealed doors, including an air-locked vestibule. The UC Riverside entomologist studies the world’s deadliest creature: the Aedes aegypti mosquito, whose bite transmits diseases that kill millions each year. But that’s not the reason for all the extra security. Akbari isn’t just studying mosquitoes—he’s re-engineering them with self-destruct switches. And that’s not something you want accidentally escaping into the world.

The technology Akbari is designing is something called a gene drive. Think of it as a way to supercharge evolution, forcing a genetic modification to spread through an entire population in just a few generations. Scientists see it as a powerful tool that could finally vanquish diseases like malaria, dengue, and Zika. But US defense agencies see something else: a national security issue.

Last year, former director of national intelligence James Clapper added gene editing to a list of threats posed by “weapons of mass destruction and proliferation.” In July, the US Defense Advanced Research Projects Agency awarded $65 million in four-year contracts to seven teams of scientists, including Akbari, to study gene-editing technologies. The commitment officially made Darpa the world’s largest government funder of gene drive research. Most of that money is going toward designing safer systems and developing tools to counter rogue gene drives that might get into the environment either by accident, or with malicious intent.

That danger may be more real than scientists first thought. Four years ago, when Harvard biologist Kevin Esvelt first suggested the idea of building gene drives with the newly discovered Crispr gene editing system, he was thinking about extinction. Specifically, preventing endangered wildlife from disappearing by spreading a fertility-reducing gene through the invasive animals competing with them for resources. Conservation biologists took the idea and ran with it; they’re now considering gene drives to save native birds in Hawaii, New Zealand, and the Farallones. But now, Esvelt is saying they should slow down.

That’s based on the results of a new mathematical model he and his colleagues published on Thursday on the bioRxiv preprint server. Taking into account things like how often Crispr screws up and the likelihood of protective mutations arising, their work shows how gene drives could be ruthlessly aggressive. Just a few engineered organisms could irrevocably alter an ecosystem. While Esvelt doesn’t view the technology as inherently threatening, he is now preaching that it deserves a bold new caution in how it’s applied.

“The primary risk posed by gene drive technology is social,” he says. “Unethical closed-door research, unwarranted fears, or unauthorized releases of gene drives will damage public trust in science and governance.” He still thinks gene drives have potential to save threatened species and battle public health threats. But researchers will have to invent safer forms of the technology first. That’s where the Darpa money comes in. Until very recently, gene drives have been largely theoretical—safe ones even more so. But with the new funds, scientists like Esvelt and Akbari are starting to put together the pieces to test them in real life. That starts with bugs that have a gene editor baked into their DNA from the moment of conception. In a paper published Tuesday in the Proceedings of the National Academy of Sciences, Akbari did that for the first time in Aedes aegypti, creating mosquitoes encoded with the bacterial Cas9 enzyme.

These mosquitoes were born with white eyes instead of black ones, after Crispr/Cas9 cut out genes associated with eye pigment.

Cas9 is the DNA-chopping half of the Crispr gene editing system. So Akbari’s team just had to inject the other half—a bit of guide RNA—into the embryos, for Cas9 to automatically execute its patented snipping action. When they deleted a cuticle pigment gene, the mosquitoes turned from black to yellow. How about a wing development gene? Welcome to the world, flightless blood sucker. Good luck crawling your way to a human meal.

These modifications were just for show. But the skeeters with built-in Cas9 will be an important tool as we learn how to best disrupt mosquito populations. Scientists estimate they’ve only probed about 5 percent of the Aedes aegpyti genome. Which means no one knows what the vast majority of mosquito genes actually do. Now they’ll be able to more easily screen knockouts gene by gene. Maybe they’ll find one that makes the mosquito mouth a hospitable home for malaria. Or one that turns off their taste for human blood. The goal is to disrupt the animal—and the ecosystems they’re a part of—as little as possible while still eradicating disease. If you’re going to play God, the idea goes, use a light hand.

In addition to advancing a new way to study mosquito physiology, these strains represent an important building block for efficient gene drives. Normally, the technology would require expressing both Cas9 and the guide RNA together in the same location. But that could make the drive system invasive and uncontrollable. One way to control them is to keep the components separated in the genome. And that’s what Akbari is working on: a less virulent version called a split-gene drive.

His team has already started the process by breeding these Cas9 strains with mosquitoes encoded with guide RNAs. “The only way to keep the drive spreading is to continuously release Cas9 into the population,” Akbari says. “That makes it confinable to a laboratory setting or self-limiting in the wild as the drive will depend on the presence of Cas9 which gets inherited in a Mendelain fashion.”

Another way to do that is a “daisy drive,” which is what Esvelt is developing in nematodes on the DoD’s dime. It works by equipping the worms with a self-exhausting supply of genetic fuel. By splitting into three or more parts and then daisy-chaining them together, the desired modification disperses quickly right when you introduce it, but fizzles out after a while. The result is temporary, controlled gene editing of a local species. That’s the idea anyway. Other Darpa-backed groups are working on having a backstop should systems like these go awry, or worse, be released as part of a biological attack.

Teams at the Broad Institute and Harvard Medical school are screening and compiling a suite of chemical off-switches to block gene editors like Crispr/Cas9 and Talens. At UC Berkeley, Jennifer Doudna’s group is hoping to find anti-Crispr proteins to inhibit unwanted gene-editing activity, which would help design resistance-proof gene drives. While the military’s involvement has some in the public concerned about weaponized, Crispr-ized superskeeters, Esvelt sees defense department support as the only way to advance gene drive technologies safely, at least for the time being.

The Darpa program explicitly prevents the release of gene-drive organisms and requires participants to work under stringent biosafety conditions—hence Akbari’s six-door entrance and exit routine. Perhaps one day he’ll have the molecular tools to come and go without concern. But for now, they’re still the safest thing between his gene-drives and the world outside.