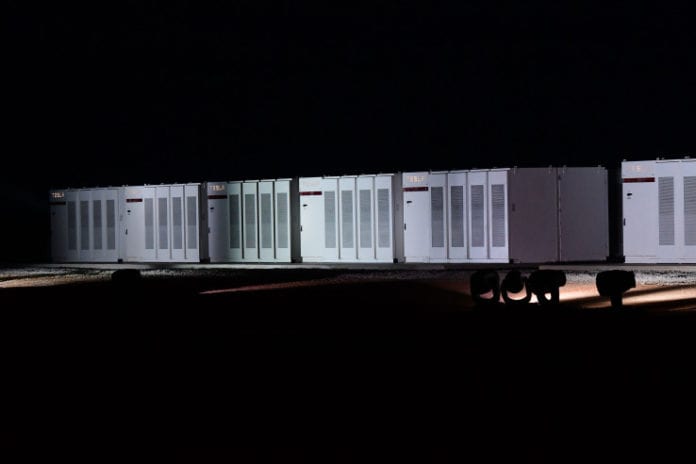 Tesla has managed to deliver something on time, even if it ’s falling behind its projections for the Model 3 electric car: It has completed production of a massive battery farm in South Australia, which is designed to capture and store energy produced by a wind farm and distribute it to the grid when it’s needed most, in an effort to curb frequent summer blackouts.

The Tesla battery facility can provide power to around 30,000 homes for over an hour when at full capacity, and it will be coming online within the next few days, with final testing underway to make sure the completed facility is ready to roll. The battery farm has a total capacity of 100 megawatts, which makes it the largest overall in the world.

The Wall Street Journal reports that while it’ll be offering backup power during its final testing phase over the next few weeks, it’s going to face its first significant stress tests beginning when Australian summer hits, between December and March. That’s when temperatures soar, and the energy system is taxed as residents crank up the AC and otherwise try to compensate for the blistering heat.

Tesla’s test with this facility isn’t just about dealing with the Australian summer, however – it’ll be a key proof point in helping prove out the long-term viability of renewable energy sources as a realistic total replacement for traditional, less environmentally friendly means of supplying the grid.