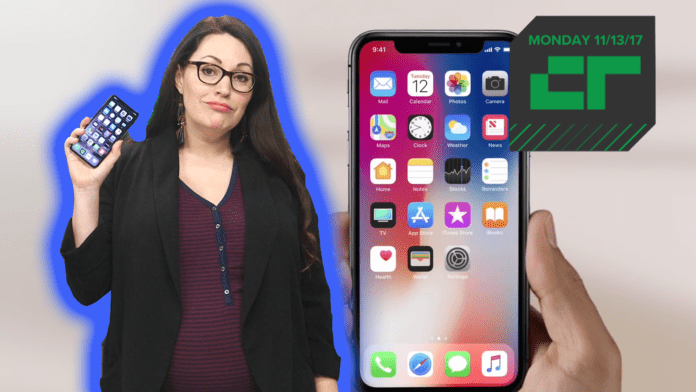 We are now walking through a media desert. While access to content is astronomically high, the content that we read is dead, lifeless, and derivative. Yes, I see the irony in posting my criticism of the state of online media on, well, online media, but I want to explore how we got here and what we can do about it.

The education necessary to interact with media of that era was at once very high – it took decades to learn to read some books and understand the context and importance – and wildly low. Hollywood, after decades of aiming at Baby Boomers who preferred neurotic Woody Allen and musicals over space aliens, were targeting younger demographics. Television was moving to towards a younger audience with a plethora of Saturday morning cartoons elbowing Masterpiece Theatre and Dynasty off of the airwaves. For the first time, thanks to the success of Star Wars and its associated toys, the easy media was attacking the easiest target: kids.

It was in this era that the founders of the Internet – the late stage boomers like Gates, Jobs, and Berners-Lee – met the infant Gen Xers. They began to form their ideas about interactivity and used the tools available – screens, keyboards, and mice – to iterate up to our smartphones. A defining image for many of that era was the Magic Mirror. Children around the world watched Romper Room, a children’s show featuring a cheerful teacher and a group of smiling kids. The show itself was like a day at pre-school but at the end, when Miss Jean or Miss Nancy or Miss Rosemary (they had different hosts in different states) bid us all adieu, she would look into her Magic Mirror and enchant us.

The Mirror disappeared into a swirl colors that bled onto the whole screen. When the swirl was finished we were presented with the hostess looking at us though an empty frame. She called to us.

“I see Robert and Sally and Alex and John.” Parents would send inin their children’s first names on their birthday but, if your name was in the daily list, you were ecstatic. After all, she saw you.

She knew we were watching. She spoke to us.

It’s not hard to extrapolate a straight line from that one media moment into the world we live in today. Children and young adults growing up in the overlap between broadcast media and digital media brought with them a specific set of yearnings. One of those yearnings – the desire for the person on the other side of the glass to see you – defines our interfaces today. We want to be seen on Facebook, on Instagram, and on Skype. We want to be seen on Medium and Twitter and Chaturbate. We yearn for a connection that is almost impossible through the technology as it currently exists and the unadulterated failure of that medium to offer even a simulacrum of true, human interactivity is what is killing our discourse, our culture, and our minds.

Deep stuff, to be sure, but listen: over the past two weeks I’ve seen two people actively “interacting” with Instagram. First there was was a young woman in Oman. She wore a conservative black Abaya and headscarf and she was using an iPhone in a crowded bus. Her interactivity style was simple: swipe down, double tap on something that looked nice, and continue. Tap tap, swipe, tap tap, swipe. Images rolled past of Bollywood stars and Arabic women. Movie posters, makeup ads, fashion, all of it received the same treatment. Tap tap, swipe. Tap tap, swipe. It was a way to pass the time on a boring bus ride but it epitomizes the state of interactivity today. She did not see as much as sip, taking in an undifferentiated stream of content.

I saw the same behavior, this time in a sports-loving guy on a flight to Chicago. Tap tap, swipe. Tap tap, swipe. He’d stop once in a while to look at a video or comment but that was it – the tap. This paradigm defines all of our interactions with the web. Except for, perhaps, Pokemon Go, the Internet asks nothing from us except our attention. It is the basest form of interaction. We are prisoner in a dark cell tapping out Morse code that no one will hear.

This tapping forced broadcast media – curated, edited, and audience-tested television and radio – to rethink its models. First it had to shock and outrage. It is no accident that Howard Stern, Limbaugh, and the other shock jocks rose in the 1980s and 1990s. It was a reaction to the changing tastes and mores of an aging boomer generation and a growing Generation X. Television followed the shockwave by bringing reality television into mix during a particularly nasty TV writers’ strike. Finally 24-hour news channels took over for the trusted voices of the nightly news, creating an endless viewer appetite for controversy, fear, and schadenfreude.

We are now at the heart of the maelstrom. Our complex machines ask of us little more than a tap or a swipe and our media is free and ever flowing. Television and radio have pumped up the anxiety in order win back users they’ve already lost. Online media is controlled by robots and robotic humans that create content that is exactly on point, a zeitgeist-chasing machine that is unparalleled in history. That Romper Room dream – that the person behind the screen will know and love us – has come true. And we are poorer for it.

We built our own demise. We created content without context and we gave it out for free. All of us are guilty although, we could argue, the early bloggers sealed the deal by proving that entertaining writing could be made more palatable with a dash of information or timeliness. We face a future in which we become dead-eyed consumers, tapping at things that do not know us or love us.

We can turn things around, however. First, we must pay content creators. In a world in which automation will destroy millions of jobs there should be an artistic renaissance akin to Florence under the Medicis. If we wish culture to survive the coming financial apocalypse, an apocalypse which will define what mankind’s real value us in the 21s century, we must prepare ourselves to truly interact with each other in the way the old Church interacted with the faithful and guilds helped birds of a feather stick together. It will not be enough to tap a picture of a dress. We will need to make the dress, to build something with our hands, to share that talent with the world.

In the coming era of frictionless payments and always-on Internet, we must help each other. We must really connect. We must treasure and nurture the spaces designed for this sort of coming together and avoid places and people that would tear us apart. We’ve already lost bookstores. Let’s hope that bars and coffee houses aren’t next.

We must decide, ultimately, what the world looks like when the backlash begins. We must prepare for a reboot of all of our systems. We must be ready for the death of TV and radio as we enter a world in which media is piped in in different ways and via other sensory pathways. We have had enough of the old, fake way. We need to prepare for the real.

In my favorite episode of Technotopia, futurist Ben Hammersley mentioned that he expects the future to be full of coffee and croissants. Everywhere you go, from St. Louis to Dubai, you will be able to sit down quietly and safely and enjoy a quiet repast. While this may seem like a pipe dream for a place like Syria or North Korea, we are already seeing the destabilizing effects of the Internet and politics pressure on the globe, destabilizing effects that result in a globalist form of gentrification in which the same comforts are available worldwide. We can stay with the old ways and ask the world to tap on our glass over and over, or we can change. We are moving into a world in which there is no glass. Our futures could be defined by an era of unparalleled comfort and clarity. But it will require us to really see each other, not just pretend we see each other as we tap in the dark.