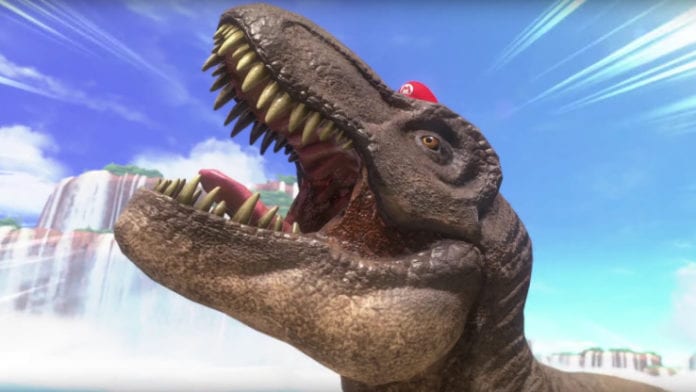 Nintendo’s having a good year, and it looks like the latest Mario is set to make it even better. Super Mario Odyssey is the fastest-selling Mario ever, in the U.S. at least, breezing past a million sales in under five days here and selling more than 2 million worldwide — and counting.

This should come as no surprise given the Switch’s swift sales and the obvious pent-up demand for a new Mario game. But it’s still nice to celebrate.

Reviews, including mine, have been reverent. The game is a joyous gem by nearly every estimation, and its Metacritic score (always to be taken with a grain of salt but a useful metric) is sitting pretty at 97, tied with the incredible Breath of the Wild for the highest-rated Nintendo game in years.

I asked Nintendo for a little extra info on the “in the U.S.” limitation; could it be that, for example, worldwide first-week sales of (say) Super Mario Galaxy on the Wii were higher? Nintendo declined to add to what it put in its press release, and I don’t blame them. I looked into it for a bit and really, even if that were the case, it would be comparing apples to oranges.

The Switch is in a unique position right now and one very different from where the Wii, Wii U or 3DS were in their first year. Mario and Zelda are both must-buys for the system and chances are a huge majority of players will end up buying them sooner or later, much like Ocarina for N64 or Super Mario Bros. 3 for the NES.