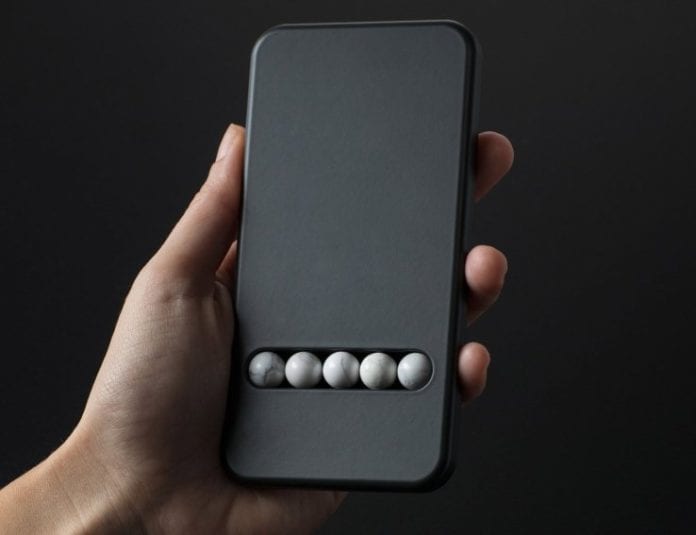 Smartphones are inarguably an addictive class of devices, and not just because they put an endless font of information at your fingertips. The very experience of holding the phone and touching it is itself associated with that pleasure — so much so that you might wish you were doing it even when you don’t want to actually use the phone. That’s when you need one of Klemens Schillinger’s “Substitute Phones.”

The devices, if you can really call them that, are inert pieces of heavy, high-quality plastic in which are embedded stone beads that let you run your fingers along them to simulate various gestures. The beads roll in place, giving a similar frictionless feel but (I presume) also a pleasant little finger massage. 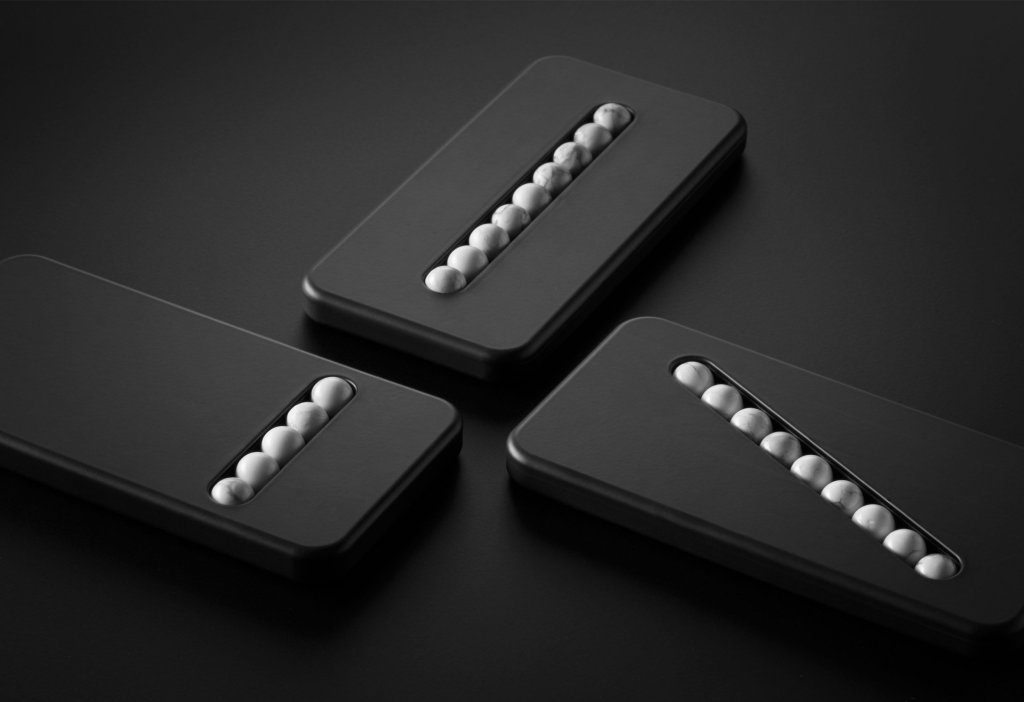 Whether you’re a compulsive swiper, scroller, or zoomer, there’s a model just for you.

“The object, which some of us describe as a prosthesis, is reduced to nothing but the motions,” explains Schillinger’s description of the… object. “This calming limitation offers help for smartphone addicts to cope with withdrawal symptoms. The object as a therapeutic approach.”

Speaking to Dezeen, Schillinger added that he was inspired not only by the disturbing frequency with which he and others tend to consult their smart devices (and for no particular reason, usually), but also the writer Umberto Eco, who when attempting to stop smoking his pipe, substituted a simple stick.

The Substitute Phone is the second in a series Schillinger is working on relating to our relationships with our devices. The first is the Offline Lamp, which only turns on when you put a smartphone-size object inside its drawer. Both were created for Vienna’s Design Week earlier this year.

GizmoCrazed - January 21, 2012 0
Counter Strike, one of the most popular multiplayer First-Person-Shooter game of all time has been released for Google's Android operating system. Folks at XDA have finally succeeded...

Endangered Species and the Case for ‘Sanctuary Cities’