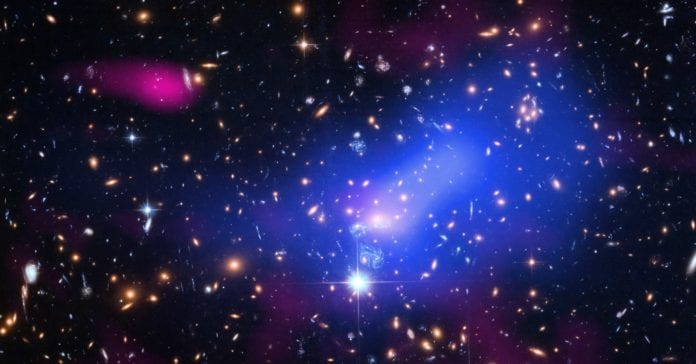 Time to pull the Millennium Falcon out of the hangar, because the space objects in this week’s photos are far, far away. First up is a stunning photo featuring thousands of galaxies, and strange arcs of white streaks. These white stripes are actually 20 different asteroids that snuck into this photo taken by the Hubble Space Telescope. The asteroids captured in this photo orbit only around 160 million miles from Earth, while those orange and blue swirling galaxies are unfathomably far away. Warp drive initiated!

Next on this deep space journey is a trip to the famous galaxy cluster MACS J1149, roughly 5 billion light years from Earth. This dense clump of matter contains thousands of galaxies, which are surrounded by massive amounts of dark matter. These clusters are hotbeds of gas and shock waves so large scientists can study them all the way from our humble planet.

Want to hang out in deep space a little longer? Check out the full collection of space photos here.

GizmoCrazed - February 6, 2019 0
Back in 2016 we had Robin up onstage demonstrating the possibility of a robotic mower as a service rather than just something you buy....

Apple's iCloud could get Face ID and Touch ID support with...