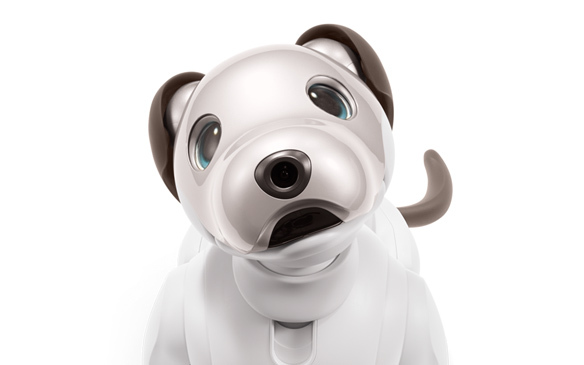 The rumors had it right: Sony is rebooting its robot dog, Aibo, announcing a new four-legged companion AI-powered bot incoming with the same brand name but more rounded corners and visible facial features for extra kawaii, including a pair of expressive, puppy-dog eyes.

Deep learning tech, fish-eye cameras and a series of other embedded sensors enable Aibo to detect and analyze sounds and images so that it can learn and respond to its environment and interact with its owner so it appears less, well, robotic.

Sony claims Aibo’s adaptive behavior includes being able to actively seek out its owners; detect words of praise; smiles; head and back scratches; petting, and more.

Thanks to the embedded cameras you can also instruct Aibo to take a photo for you — should you want a dog’s eye view of yourself/your home life.

So, basically, if you’re comfortable installing a roaming camera, microphone and location sensing device in your home that’s designed to watch your every action, listen to what you’re saying and upload all this intel to the cloud to yield new programming instructions so the device changes how it acts around you in a pantomime of intelligence — this could be the artificial pet for you.

Alternatively, you could make like Sebastian Thrun and become the proud owner of a real life puppy.

But if Aibo’s hairless lines and plastic smells are melting your heart, then prepare to shell out some serious yen: The Aibo robot itself is priced at 198,000 JPY (~$1,735) but you also need a subscription plan to connect to the cloud service that powers Aibo’s AI.

It also looks like Sony is limiting Aibo’s release to its home market — at least for now. It’s accepting pre-orders for Aibo from today, via its website, but won’t be shipping until January according to Reuters.

Owners of the pet bot can also access an Aibo store via the companion app to shell out yet more money to buy additional tricks. Add on hardware accessories are also on the slate, such as a toy bone with a “tentative” price of ~$26. 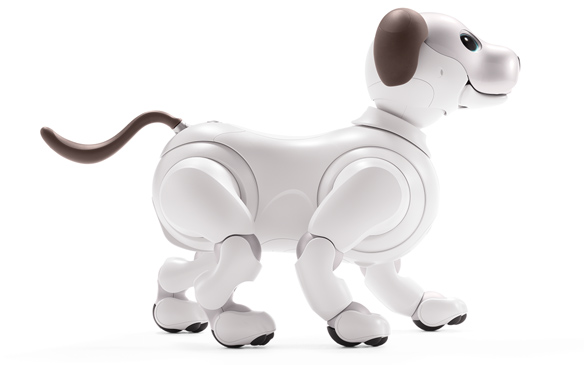 Sony is also offering a further optional support care plan which gives Aibo owners a 50 per cent discount on repair fees in the event of malfunction or damage, and 50 per cent on “checkups and inspections”, for ~$15 per month. (Presumably that’s if you want to pretend you’re taking your pretend pet to the vet.)

Aibo’s battery is good for two hours of activity before it’ll need a recharge on its charging mat (taking three hours to be fully juiced).

Under its white plastic hood, the bot is powered by a 64bit Quad-Core CPU and is packing LTE and Wi-Fi:IEEE 802.11b/g/n radios for connectivity.

On the moveable parts front, the robopup has 22 degrees of freedom. While its eyes are comprised of two OLED screens, hence enabling new Aibo to have a range of puppy dog looks.

The full list of embedded sensors inside the bot are:

Speaking at a launch event for its rebooted Aibo robopup today, Sony CEO Kazuo Hirai said: “It was a difficult decision to stop the project in 2006, but we continued development in AI and robotics.

“I asked our engineers a year and a half ago to develop Aibo because I strongly believe robots capable of building loving relationships with people help realize Sony’s mission.”