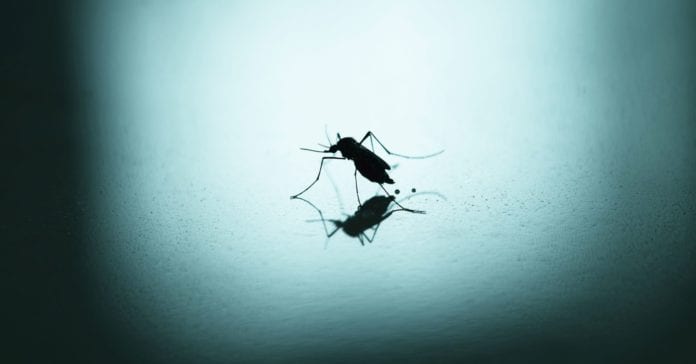 Seated before a table covered in a knit blue cloth, a researcher hands a young girl a peculiar device. Attached to one end is a small cardboard tube; to the other, a large clear bag. The child grasps the rig with her left hand, places her lips around the cardboard, and lets out a long, slow exhale. “Good, good, good,” coos the researcher. “Can you do one more?” The girl leaves her lips around the mouthpiece, inhales through her nose, and lets another breath go. The bag, which someone has labeled “269” in Sharpie, crinkles as it swells with air. “Good! OK, all done,” says the researcher as she stoppers the collection device and sets it aside.

Inside the bag, hundreds of molecules are swirling around—some of which might just clue scientists into an infection. To find out, they’ll pass her expired air through a narrow metal cylinder packed with a compound-trapping molecular sieve, seal the vessel at both ends with a twist of a wrench, and ship it from the pediatric care center in Lilongwe, Malawi to a laboratory at Washington University in St. Louis, Missouri. There, analytical chemists are dissecting these samples in search of a breathprint—a distinctive set of compounds that could serve as the world’s first breath-based test for malaria.

A Malawian child practices breathing into an early version of the breath-collection device used in the study. Later versions were attached to large, clear bags that were easier for children to inflate.

Today, every malaria diagnosis begins with blood. In the gold standard test, doctors spread a drop on a glass slide, stain the sample, and inspect it beneath a microscope. If the parasite is present, it’ll show up purple against a pink backdrop of blood cells. These “blood smears” are relatively straightforward to perform, but tough to implement in rural, resource-starved parts of the world. So-called rapid diagnostic tests are an increasingly common solution. They’re cheap, easy to use, and accurate. Trouble is, RDTs work by detecting a protein called HRP2, and a growing number of reports suggest Plasmodium falciparum (the deadliest malaria-causing species) is learning to not produce the molecule. “It’s a very tricky parasite,” says Washington University microbiologist Audrey Odom John, the infectious disease expert who led the Malawi study. “And now we’re literally losing one of the most effective tests that we have.”

Fortunately, nature may have provided a workaround. Malaria is not airborne—the sickness spreads by way of mosquitoes—but researchers have started to suspect that respired air may carry clues to its transmission. Various studies suggest malaria may actually alter the molecular content of human exhalations, enticing mosquitoes to feed on infected humans and accelerating the parasite’s spread.

But malaria’s capacity for mosquito mind-control could also make it a prime target for breath-based diagnosis.

Back in Odom John’s Washington University laboratory, she and her team compared the molecular compounds in the breath of two groups of kids: one with malaria, the other without. They found six compounds whose concentrations varied dramatically between the groups.

They were the diagnostic markers the researchers had been looking for. (Odom John declined to identify the compounds by name, as her team’s study is currently under review for publication.) By summing the relative abundance of each compound, the researchers came up with a diagnosis for each child. They were right 83 percent of the time.

That’s not as accurate as blood smears or RDTs, which give correct diagnoses more than 90 percent of the time, and this first experiment tested just 35 subjects—but it’s a promising initial result. And those six compounds weren’t all the researchers found.

Also floating around in the breath of children with malaria were high concentrations of compounds known as terpenes. Typically associated with the aroma of plants like pine trees, terpenes are a known mosquito-attractant. That they were showing up at elevated levels in the breath of malaria patients suggests the odor may attract mosquitoes to infected humans, facilitating the parasite’s spread.

“It’s very exciting, because they’ve made what seems like two major discoveries in a single piece of work,” says University of Alberta microbiologist Stephanie Yanow, a malaria expert and assistant scientific program chair for the American Society of Tropical Medicine and Hygiene’s annual meeting, where Odom John and her team are presenting their work this week. At the same time, she says, the terpene finding is sobering. “It’s showing us how clever this parasite really is.”

Not to mention deadly. Malaria kills upwards of 400,000 people a year, most of them children in sub-Saharan Africa, where new diagnostic methods are needed most. “I’m used to seeing patients out in the middle of nowhere, where 90 percent of kids live and die,” says Washington University pediatrician Indi Trehan, who has conducted clinical research in Malawi since 2007 and led the breath-collection portion of the study. “A malaria breathalyzer, in a rural context, would be tremendous. Especially places where HIV is common, and there’s a lot of fear surrounding blood and needles.”

The next steps, says Odom John, are to repeat the study in more patients and refine the diagnostic process into a device that can analyze a patient’s breath on the spot. (She says her team is currently collaborating with engineers on an “eNose” similar to one under development for the diagnosis of tuberculosis.) Right now, the collection step is cheap, low-tech, and simple, requiring little more than some tubing, a cardboard mouthpiece, and a large, clear bag. Then they’ll have to bring down the cost of analysis.

“If mosquitoes can tell who’s infected with malaria,” says Odom John, “we should be able to, as well.”