What do you get if you combine the Internet of Things with the business of home insurance? U.K. startup Neos is hoping the answer is prevention rather than (just) payouts.

Its home insurance product is intended to lean on sensor tech and wireless connectivity to reduce home-related risks — like fire and water damage, break-ins and burglary — by having customers install a range of largely third-party internet-connected sensors inside their home, included in the price of the insurance product. So it’s a smart home via the insured backdoor, as it were.

Customers also get an app to manage the various sensors so they can monitor and even control some of the connected components, which can include motion sensors, cameras and smoke detectors.

The Neos app is also designed to alert users to potentially problematic events — like the front door being left open or water starting to leak under their kitchen sink — the associated risk of which a little timely intervention might well mitigate.

It sees additional revenue opportunity there too — and is aiming to connect customers with repair services via its platform. So the service could help a customer who’s away on holiday arrange for a plumber to come in and fix their leaky sink, for example (there are no smart locks currently involved in the equation, though — Neos customer can name trusted keyholders to be contacted in their absence).

“The vision really is about moving insurance from a traditional claims, payout type solution… to one that’s much more preventative, and technology’s really the enabler for that,” says co-founder Matt Poll. “We also think that customers get quite a raw deal from their insurance company… for being a really good customer and not claiming… And no value.

“So what we’re trying to do is to provide value to customers throughout the term of their policy — allowing them to monitor their own homes, using our cameras and the devices that we give them. If there is an issue, they’ll get alerted. Most importantly they or us through our monitoring center and assistance service can put the things right… In that sense both the customer and us benefit if we’re successful.”

On the insurance cover front Poll claims there’s no new responsibilities being placed on customers’ shoulders — despite all the sensor kit that’s installed as part of the package. “There’s no responsibility placed on the customer. We’re really clear about that,” he tells TechCrunch. “Customers do ask this question — oh what if I don’t arm the alarm, does that mean I’m not covered? And our answer is simply of course you’re covered.”

The startup was founded 18 months ago by Poll, an ex-insurance guy, combining with a more technical co-founder. The team market tested their proposition last year in and around London, partnering with Hiscox on the insurance product offering for that trial. They’re now launching their own branded insurance offering nationwide.

Neos is actually offering a range of home insurance products, including a combined contents plus buildings insurance offering (or either/or) across three pricing tiers — aiming to support different levels of coverage and different types of customers, such as flat versus house dwellers, for example, or homeowners versus tenants.

While it’s generally aiming to be tech agnostic when it comes to which smart home sensors can be used — supporting a range of third-party devices — Neos has developed its own smart water valve, for example, as Poll says it couldn’t find an appropriate existing bit of IoT kit in the market for that.

“It uses machine learning to monitor an individual’s water signature within their property over a period of a couple of weeks and then we can identify from that if there’s any leaks — small or large — and most importantly if a leak does arrive the customer or our monitoring sensor can turn the water off remotely,” he notes.

It’s also built its own hub to control the firmware on the third-party devices its platform is integrating with. “We want to put ourselves out there to give customers the best solution for the job and move as the market moves,” says Poll on Neos’ overall philosophy toward hardware.

Despite all this additional kit to be installed in customers’ homes, Poll bills the insurance products as competitively priced (and positioned) versus more traditional insurance offerings. Neos’ prices vary from “approximately £15 to £50 per month,” which it says includes “all the necessary hardware, 24/7 monitoring and assistance plus the comprehensive insurance cover.”

“We’ve got some good early traction and I think the price point that we’ve come in at is attractive, and the value proposition is there,” says Poll, noting that the product will be on price comparison sites “by the end of this month — at the very latest,” as well as being offered through property website Zoopla, which is a distribution partner (and investor) in Neos.

He also says the insurance quote process has been radically simplified by Neos drawing on a range of publicly available data so that potential customers don’t have to answer a large number of questions just to get a quote.

“We can actually give customers a full quote from just their postcode and their address,” he says. “We use 261 different data sources… One of our partners and early investors is Zoopla. They have a lot of data that they provide us. We also use data from Landmark and Land Registry — local authority data.

“Because all this data’s publicly available. We don’t ultimately need to ask how many bedrooms or bathrooms you’ve got — in most cases we already know that data. Actually in most cases we know the square footage of your property which is a much more accurate predictor of risk anyway.” 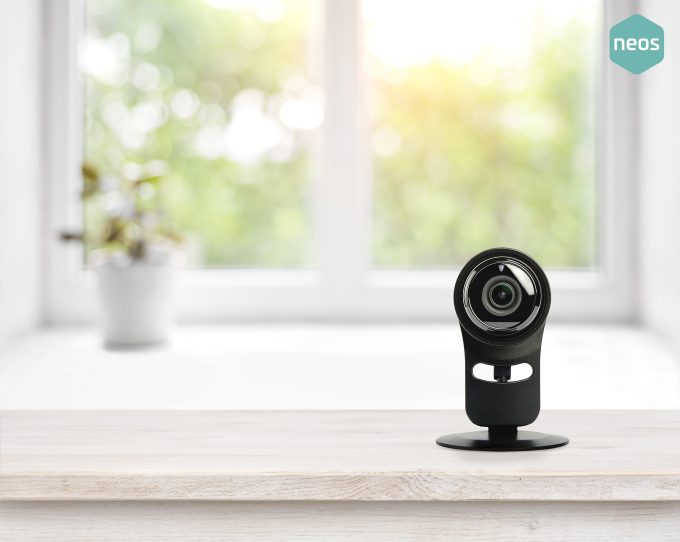 Another strand of the go-to-market approach is it’s also working with existing insurance brands to white label its offering — setting it up to scale more quickly into markets (and regulations) outside the U.K.

“We’re just about to launch an Aviva-backed solution,” says Poll. “A lot of the big insurers are looking in this space but haven’t done anything… So we’ve had a lot of interest outside of just our direct Neos brand from larger insurers based here in the U.K., Europe and also in the U.S.”

He says Neos is also hopeful of signing a “large-scale partner in the U.S.” — one of the top-five home insurance companies — which would be a second strand to its white labeling/enterprise solution bow if they nail that deal down.

“Markets like the U.S…. are very different from a regulation point of view and cost of entry for a small business like us to enter, so that model makes sense. But we’re very much — certainly now and we’ll always be — focused on the Neos direct to consumer brand,” he adds.

Poll says he’s hoping for a minimum of “tens of thousands” of customers within a year’s time for Neos’ B2C play — and “ideally” significant growth above that. “If you add in the B2B play, as well, in terms of customers actually utilizing our platform I think the potential is significantly higher than that,” he adds.

The startup has previously raised £5 million in Series A funding led by Aviva Ventures and with BBC sporting personality Gary Lineker also investing. As well as Zoopla, another strategic partnership is with Munich Re, which also invested.

Interesting takeaways from its beta period include that customers were keen to have help installing all the sensor kit (Neos is offering an installation service for a fixed price if users don’t want to fit the kit relying on its instructions themselves), and that security concerns appeared to be more of a smart home driver for the product than risks such as water leaks, so Neos tweaked some of the sensor bundles it’s now offering.

Poll also says customer feedback from the trial pushed it to offer a fix on premiums for their first three years (assuming a customer makes no claims) to reassure potential customers that it isn’t seeking to use smart home hardware to lock them in to its products and then quickly inflate premiums.

“It’s interesting how customer perceptions are,” he says, arguing there’s “a mistrust of the insurance industry as a whole” — which is something else Neos is hoping can be fixed with a little IoT-enabled preventative visibility.

The Most-Read WIRED Science Stories of 2018