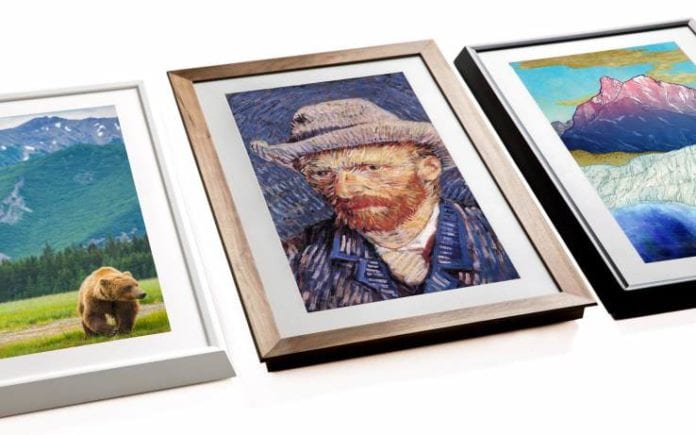 Digital art technology company Meural has raised a $5 million Series A round of funding, led by Corigin Ventures and with participation from Netgear, Resolute Venture Partners and assorted angels. The $5 million in fresh funds accompanies the news that Meural will now be distributing its Canvas in retail stores across the U.S., Canada, the U.K., Germany, France and the Netherlands.

The retailers across these countries represent a combined 137 brick-and-mortar stores, and include Best Buy Canada, Lowe’s Smart Home locations, Micro Center, Selfridges and more. Meural’s second-generation Canvas digital art frame, with its 27-inch HD display tuned to resemble actual canvas as closely as possible, will be on sale at each of these locations in time for the holiday shopping season.

Meural’s new funding brings its total raised to $9 million to date; its last round from April 2016 for $3 million in seed funding was also led by Corigin Ventures. The goal with its new war chest is to help get Meural in front of more people in person, something it believes will be key to expanding the product to more mainstream consumer adoption.