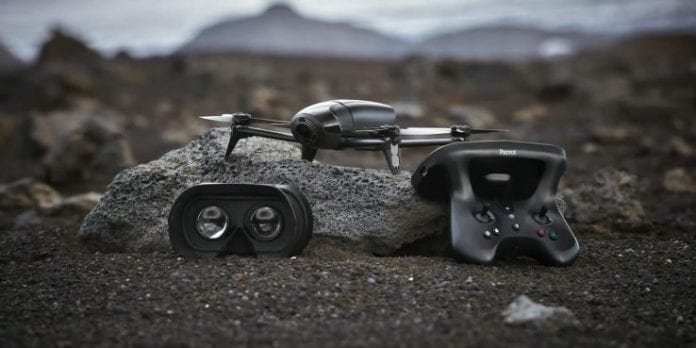 Everyone loves drones, including companies with very specific needs. Drones once were the hot new thing and the perfect birthday gift. But drone makers are now realizing that there’s a bigger opportunity with commercial use cases, from farming to inspection. That’s why we’re excited to announce that three founders of three amazing companies in the drone industry will join us on stage at TechCrunch Disrupt Berlin on December 4-5, 2017.

As we already announced, Henri Seydoux from Parrot is going to tell us about his company’s shift. Parrot has been a pioneer in the drone industry. The company took advantage of the accelerometers, gyroscopes, wireless chips and energy-efficient processors that you can find in smartphones to power tiny quadcopters.

But Parrot has also made multiple acquisitions for its commercial drone division. SenseFly, Airinov, MicaSense and Pix4D are now all owned by Parrot. The French company also owns multiple patents on drone technologies and sells integrated software and hardware solutions for firefighters, farmers and more.

Second, James Harrison from Sky-Futures has been building software solutions for drone inspections. The company first focused on the oil and gas industry. When you think about it, it’s so much easier to fly a drone around an offshore oil drilling platform to see if everything works fine.

Other industries also have a hard time keeping an eye on inaccessible sites. If you’re maintaining bridges, keeping an eye on wind turbines or overseeing construction sites, drones can be much cheaper than human inspection. Sky-Futures lets you record, log and share all your observations.

Finally, Clément Christomanos from Uavia has been working on remote aerial inspection. If you’ve ever played with a drone, you know that they have limited battery life and that you need to stay in range.

Uavia thinks this can be an issue if you need to inspect multiple sites around the country. You either need to train people on the ground or send drone pilots. With Uavia, you can control a drone thousands of miles away from your web browser.

Drones receive instructions from traditional cell towers and then go back to charging stations when they’re done. This can replace or supplement surveillance cameras in sensitive areas.

All those use cases are just the tip of the iceberg. Goldman Sachs recently shared a report on commercial drones. There are more than a dozen industries that could greatly benefit from using drones.

Get your Disrupt tickets right now to see the founders of Parrot, Sky-Futures and Uavia tell you everything about the future of drones. You’ll also see the Startup Battlefield competition, in which a handful of startups pitch our judges with the hopes of winning the coveted Disrupt Cup and a cash prize.

You’ll get to chat with plenty of promising startups in Startup Alley, see amazing talks on the main stage, and unwind after a long day at the show with a cocktail and some new friends at the Disrupt after party.

Do you run a startup? The Startup Alley Exhibitor Package is your best bet to get the greatest exposure by exhibiting your company or product directly on the Disrupt Berlin show floor.