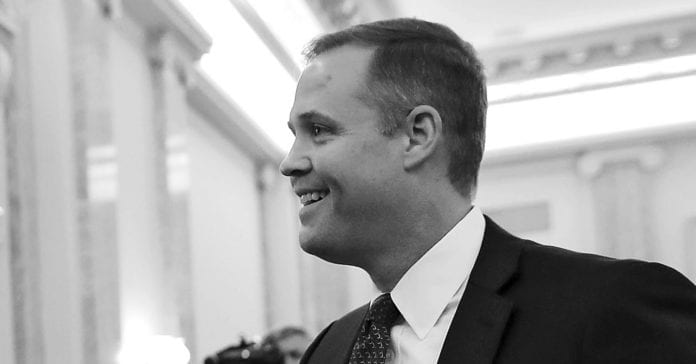 Science and the people who study it have taken a pretty big beating during the first year of the Trump administration. Trump has appointed climate science skeptics and outright deniers to head the Environmental Protection Agency (Scott Pruitt), the Department of Energy (Rick Perry), and the Council on Environmental Quality (Kathleen Hartnett). Trump’s nominee to head the National Oceanic and Atmospheric Administration—the nation’s lead agency on both short-term weather and long-term climate forecasting—is a businessman who hasn’t uttered a single public statement on climate change. And Trump still hasn’t picked a White House science advisor, someone Republican and Democratic presidents have called on to respond to everything from killer hurricanes to tropical disease outbreaks.

Next up on the list of appointments comes NASA. You know it best for its off-Earth endeavors: planning missions to Jupiter, studying the sun’s corona, and maybe even putting astronauts on Mars by the 2030s. But the agency also funds 16 Earth-observing satellites that monitor the thickness of Antarctic glaciers, the production of Pacific phytoplankton, and the moisture in South Dakota soil as indicators of a changing climate. So does it matter if the new NASA administrator is a scientist, or at least accepts the scientific consensus on climate change?

Maybe a glass half-full is better than none at all. At least that’s how some observers in Washington see the nomination of Jim Bridenstine, an Oklahoma congressman and Trump’s pick to head NASA.

After coming to Washington as a first-term House member in 2013, Bridenstine took to the House floor to demand that President Obama apologize to his Oklahoma constituents for spending more money on climate research than tornado warning systems. He also claimed that global temperature changes “correlate to sun output and global ocean cycles.”

It’s that kind of outlook that worried Rachel Licker, a climate scientist at the Union of Concerned Scientists, as she was waiting in line for a seat at Bridenstine’s confirmation hearing on November 1 before the Senate Commerce Committee. Like some on Capitol Hill, she left the hearing a bit puzzled. “He did say that he agrees with the statement that 97 percent of scientists agree that climate change is real and is causing devastating problems in the US,” Licker said. “That said, he missed an opportunity to confirm that human activity is the primary cause.”

During his testimony, Bridenstine said that as NASA administrator, he would keep Earth science under NASA, rather than moving it to another agency. That’s something that Trump officials have been pushing for during the transition.

At the November 1 hearing, Bridenstine said that he accepts that humans are a cause of climate change, but would not say that they are the primary cause. In the current political climate in Washington, that may be a start, according to Tony Busalacchi, a former NASA ocean and atmospheric scientist who is now president of the University Corporation for Atmospheric Research, a non-profit consortium of 100 colleges and universities that funds training and research in earth science. UCAR also manages the National Center for Atmospheric Research in Boulder, Colo., with sponsorship from the National Science Foundation.

Busalacchi, who has twice testified before Bridenstine’s House Subcommittee on Space, says he’s had two phone calls with Bridenstine since his nomination became public September 1. “He told me he regrets his [2013 House floor] statement in the past, and that he believes CO2 is a greenhouse gas and is contributing to climate change and man is contributing to climate change,” Busalacchi says.

Is Bridenstine just saying that to get in office? Busalacchi says he’s taking Bridenstine at his word. “I see him as pragmatic and not an ideologue,” Busalacchi says. “As a congressman he has been standing up for his constituents. It’s one thing to be a congressman from Tulsa, it’s another to be working for the American people as NASA administrator.”

Climate debates aside, some see Bridenstine as someone who will get NASA moving toward its concrete goals of a crewed return to the moon—and then its first human-led Mars mission. One of his big champions is Bob Richards, founder and CEO of Moon Express, a startup firm that is planning to land a rover on the lunar surface in the next few years.

“I believe Jim Bridenstine will be one of the greatest NASA administrators ever,” said Richards, who worked with the Oklahoman on space issues before Congress. “I’ve seen his passion and capability to make a difference, his love of space, his patriotism for the country, his technical command of concepts.” Richards also notes that Bridenstine has two qualities that nearly all previous NASA administrators have lacked: youth and political experience. Bridenstine is only 42 and he understands how to deal with members of Congress who hold NASA’s pursestrings.

One NASA historian agrees. “The political skill is number one,” says Harry Lambright, professor of political science and public administration at Syracuse University, “in dealing with Congress and the president and all the political actors.”

During the Obama years, some critics said that NASA lost its direction, at least when it came to human spaceflight and a possible Mars mission. Obama’s decision to cancel a return to the moon came after a proposed Constellation program—launched during the administration of George W. Bush—came in overdue and over-budget. Obama wanted private space companies to pick up the ball, and so far many have. Lambright says that a NASA administrator needs to manage the desire of Congress to keep big space programs (and the home district jobs they create) going, without ballooning NASA’s overall budget.

At the same time, Bridenstine will need to have credible scientists and engineers around him to navigate big decisions. As for Bridenstine’s evolving views on climate change, Lambright says he has another key constituency besides US Senators: the scientists who work at NASA. “He needs to win credibility, both the inside community at NASA and outside. It behooves him to build on the reputation that NASA has of being a non-political technical agency. Right now, his credibility on the science side is weakened enormously by his climate change perspective. He has to neutralize it. He doesn’t have to be an advocate of climate change research. But he has to neutralize the idea that he is a climate change denier.”

Bridenstine’s nomination passed two Senate committees this month on split party line votes. Senate president Mitch McConnell has yet to schedule a final vote on his nomination, which is expected before the year ends.

Lunar Scientists Want to Hitch a Ride on America's Next Moonshot

GizmoCrazed - October 19, 2017 0
At the beginning of the month, Vice President Mike Pence announced that the US, at long last, will go back to the moon. At...