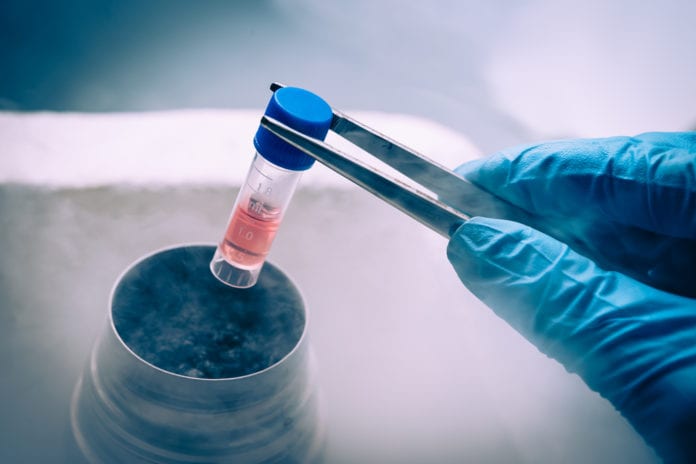 Tiny brain “organoids,” or clusters of neurons grown from human stem cells, have been implanted into rats.

The news comes from Stat, and it seems that two different teams have managed to integrate human brain cells into rat brains. The organoids began stretching out new cells, and even showed signs of activity when the researchers shone lights at the rat’s eyes, a sign that they were functionally connected to the rats’ own neurons.

It’s another step forward in the new, but rapidly progressing field of organoids, blobs of tissue grown outside the body that in some ways resemble our own organs. Researchers are beginning to use organoids to conduct tests of the  human body that they couldn’t do on organs still locked inside us. For brain organoids this has included studies of Alzheimer’s, microcephaly, substance abuse and brain development. Other types of organoids have been used to test cancer treatments and new types of drugs, study genetic disorders, and much more.

They’re created by taking human cells, normally skin cells, and converting them to induced pluripotent stem cells, which can form several different kinds of tissues. The stem cells are bathed in a growth medium and allowed to mature, split and grow to form whole tissues that behave like organs. Scientists have observed brain cells begin to form 3-D structures, and some have even coaxed them into forming a cortex-like structure.

The organoids are usually grown in a dish, but implanting them into a living animal gives researchers a better idea of how these cells behave and if their creations work properly. It’s a step toward using them for actual tests of drugs and diseases, but right now researchers are trying to see how the organoids function when they’re implanted into a living creature.

The results, to be announced at the annual meeting of the Society for Neuroscience in Washington, D.C., have been promising so far, Stat reports. Organoids from human stem cells have not only formed connections to the rat brains, but other researchers have managed to connect them to retinal cells and get a response. Harvard University geneticist George Church says that he’s managed to vascularize, or grow blood veins, in brain organoids. All the evidence seems to suggest that the organoids really do work, if not exactly like a human brain, at least well enough to run experiments on.

Researchers so far have been careful to note that the brain organoids are far from being actual brains. They don’t experience anything like consciousness and implanting them into rats and mice isn’t going to create Stuart Little. In this case, the rats were adults whose brains had stopped developing, limiting the organoids’ ability to ingratiate themselves even further. The organoids themselves were made of mature cells as well — trying something similar with brain stem cells might lead to more connections and a tighter interweaving with the rat’s brains.

The implications of giving animals human brain tissue — and thus potentially a measure of human consciousness — does raise ethical concerns. We’re far from that point at the moment, researchers say, but the technology could advance to the point where we can augment rat brains to become more human-like. If that happens, how should treat them? Some ethicists argue that we can no longer perform experiments on them as we have been in recognition of their greater humanity.

It’s also a chance to peer further into the murky depths of consciousness itself. A rat-human hybrid would certainly blur the line between human and animal consciousness, bringing us that much closer to figuring out what it is that makes us human.

People Think Differently Around Robots — Especially When They're Mean

GizmoCrazed - August 19, 2018 0
The Pepper robotic assistant. (Credit: MikeDotta/Shutterstock) As prices drop and their functionality expands, you can expect to see humanoid robots in more places, including schools,...

This Airline Is Going To Start Weighing Passengers Before Boarding

A Physics Analysis of Every Jedi Jump in All of *Star...