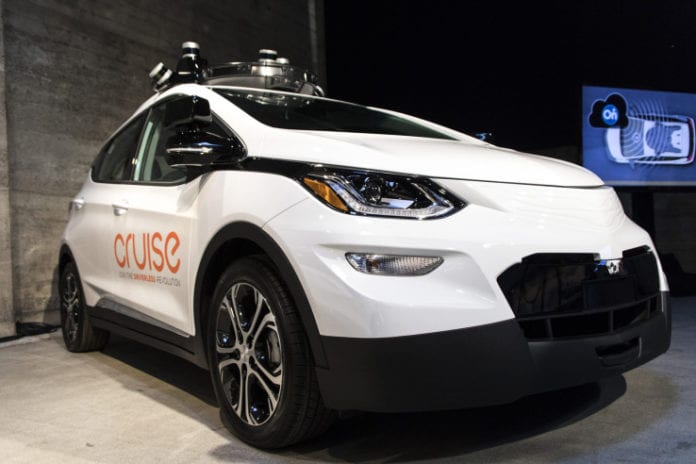 GM and Cruise are still reluctant to put any specific timeframes on their plans for self-driving vehicle deployment, but the company is getting a bit more specific about its intent to bring self-driving to market. It wants to do so only when it can manage it safely, at scale, and in busy urban markets where it’ll have the largest impact, according to GM President Dan Ammann – and while major hurdles remain in terms of being able to technically achieve that, he says we should think about it in terms of “quarters, not years.”

That’s a statement he made in reference to achieving the company’s goals of launching commercially, and doing at a scale where it becomes “a really significant percentage of how people get around,” citing the fact that even today ride sharing in general accounts for a relatively small percentage of overall transportation and car use. GM and Cruise want to change that with automated driving – and deliver it through use of fully electric cars exclusively, too.

The ‘quarters, not years’ comment is an echo of one made earlier this year by GM CEO Mary Barra, who made the remark in reference to larger scale testing of autonomous vehicles by GM. Both Ammann and Cruise CEO Kyle Vogt talked about the many remaining barriers that have to be overcome to make self-driving a reality, including achieving (and also surpassing) driving proficiency equivalent to a human, but cited the company’s ability to make “exponential” progress thus far in terms of overall improvements since Cruise’s founding as grounds for believing that a timeline for deployment isn’t something we’ll be waiting years to see.

There’s a “huge bar to launch” remaining in terms of the “very high technical challenge” of reaching human equivalency in self-driving, he said, but once launched, since the technology incorporates self-improvement, you’ll be able to achieve “tremendous continuous improvement and iteration,” according to Ammann.

Ammann noted that in order to satisfy GM’s “definition of success” when it comes to its self-driving program, it has to achieve four specific goals – achieving its complex safety requirements; managing complex environments; achieving true SAE full Level 4 driverless capability; and doing so at “large scale.”

It seems like a tall order for something that’s going to be achieved in a timeframe spanning quarters rather than years, but GM and Cruise seem confident in their approach of focusing on intense testing in high-complexity environments, alongside constant refinements to both its software and hardware platforms, to make it happen.

WHO Report Finds Large Gap In Global Antibiotic Use

GizmoCrazed - November 13, 2018 0
The richest countries use as much as 16 times more antibiotics, like Amoxicillin, than poor countries. (Credit: PureRadiancePhoto) The World Health Organization (WHO) released a...

A Virus That Could Help You Lose Weight [STUDY]

Google Lens will attempt to identify your pet's breed