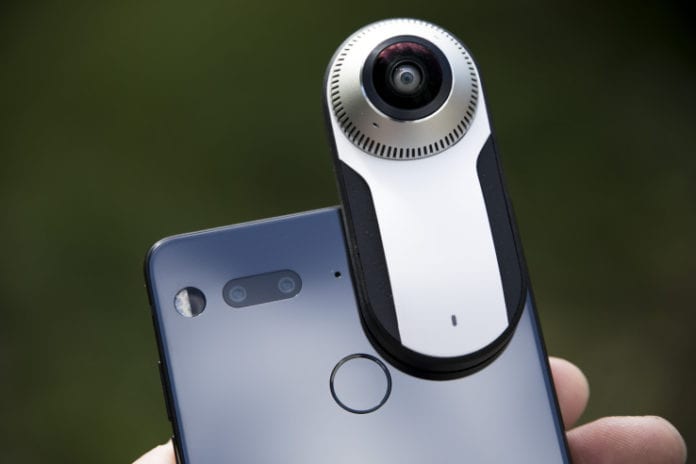 The Essential Phone just got a camera software update that will allow owners of the device to broadcast live, 360-degree video right from the native camera app, provided they have the Essential 360 Camera, too. The update requires no extra software, and live streaming becomes available as soon as you snap the 360 camera onto the magnetic accessory port on the back of the Essential Phone.

Snapping on the camera will boot up the camera app as before, in 360 mode, and then you can either tap the 360-degree Live option, or just swipe left to switch to that mode. On first use, you’ll have to tap that red “Live” camera button to login to your Facebook account, and then enable permissions for posting to your account.

After that, you can choose the reach of your broadcasts, including the standard Facebook sharing options of “Only me, Friends, Friends of Friend and Public.” Users can also fill in a description of their stream if they want to, and then tap that red icon once again to get to actually streaming. After this initial process, you’ll be authenticated for future streams.

Essential clearly has a strong belief in the potential of 360-degree media. I spoke to the team about it being their debut accessory for the modular connector on the Essential Phone’s back, and it’s clear they think that getting ahead of the curve for creating and sharing 360 content quickly and easily will position them well in future. The Essential 360 Camera and Phone combo now probably also represents the easiest possible way to get streaming live in 360-degrees with Facebook, so we’ll see if that strikes a chord with users.