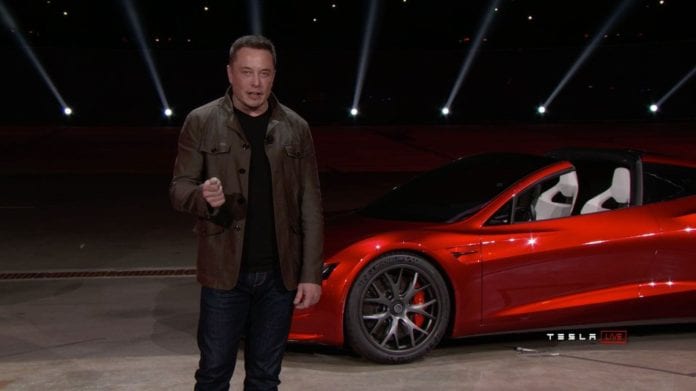 Elon Musk crashed his own party at Tesla’s Semi event with a surprise staged to the Beastie Boys banger: Tesla’s making a brand-new Roadster.

Arriving in 2020, and, Tesla CEO Elon Musk said, designed to “give a hardcore smack-down to gasoline cars,” the new all-electric Roadster will have world-record-beating specs. 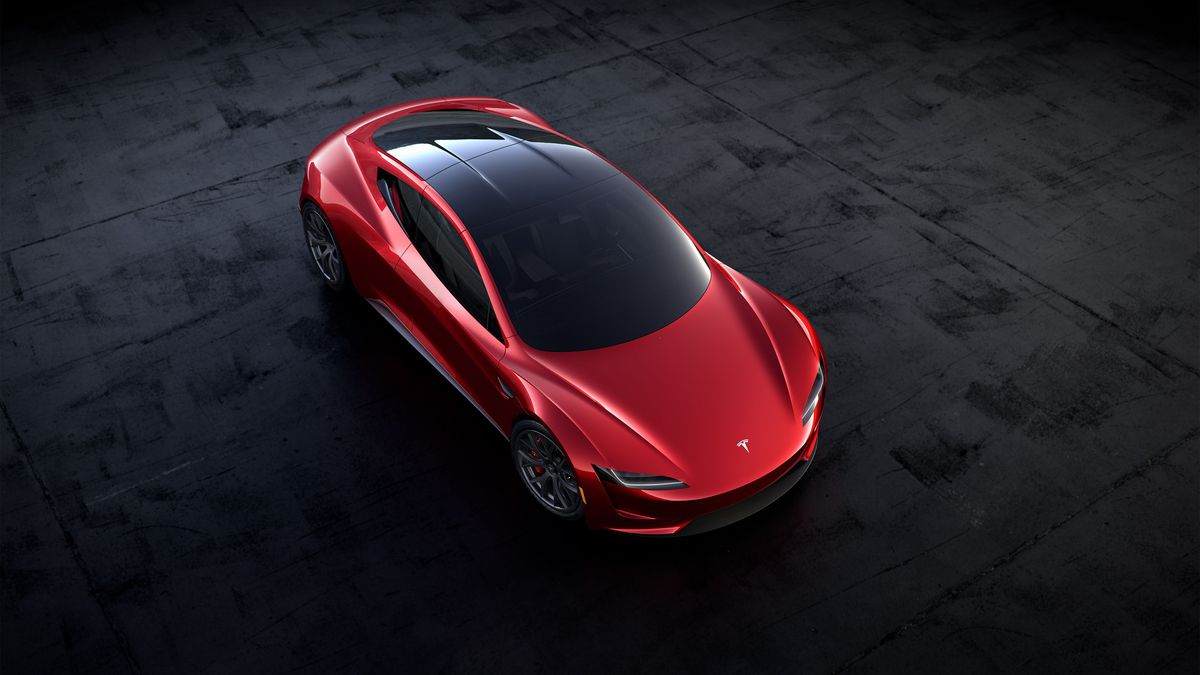 Jobs would likely drool for the opportunity to show off the new roadster, though, given the insane specs Musk trotted out to the stupefied crowd in Hawthorne, California.

The introduction of the redesigned Roadster, the first update since its launch 7 years go, came as a complete surprise during Tesla’s launch of its first Semi truck at the Hawthorne Municipal Airport on Thursday night. The gleaming red car literally rolled out of the back of one of the Tesla Semi Truck’s cargo bays. It then proceeded to race up and down the runway at insane or what Musk is now calling, “Plaid” speeds. 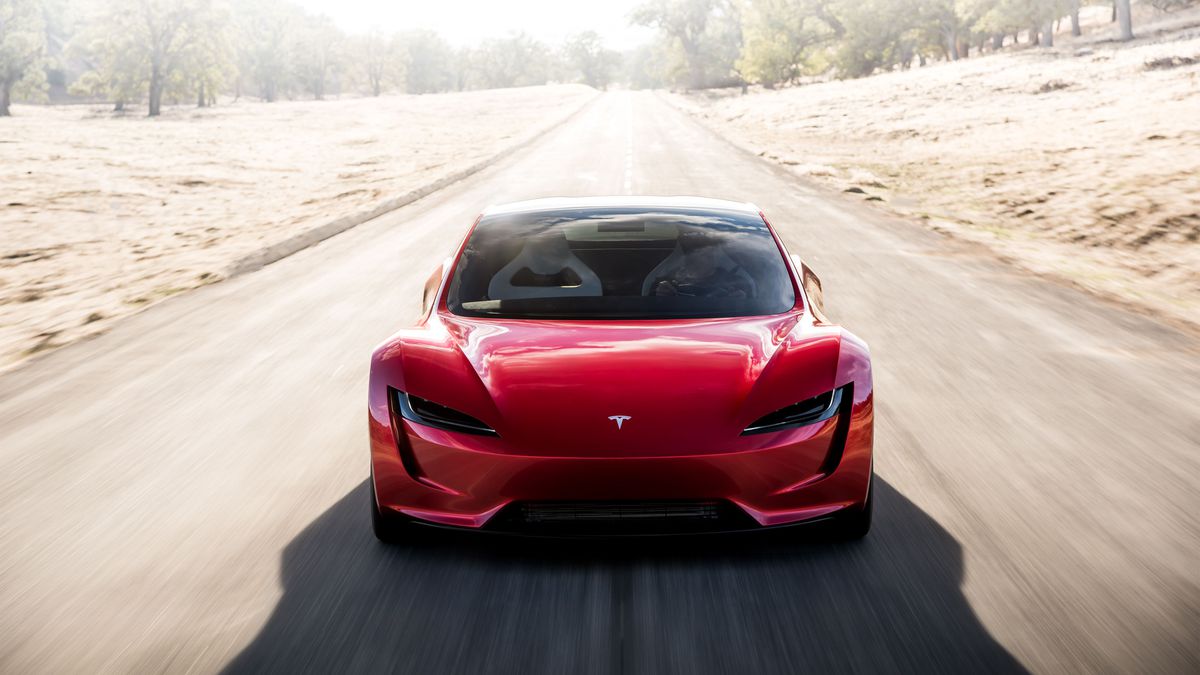 Musk set the tone with his first statement: The new Roadster will be the “fastest production car ever made. Period.”

The car will hit 0 to 60 mph in 1.9 seconds. If true, that’s the first time any car has broken the under-two-second barrier. 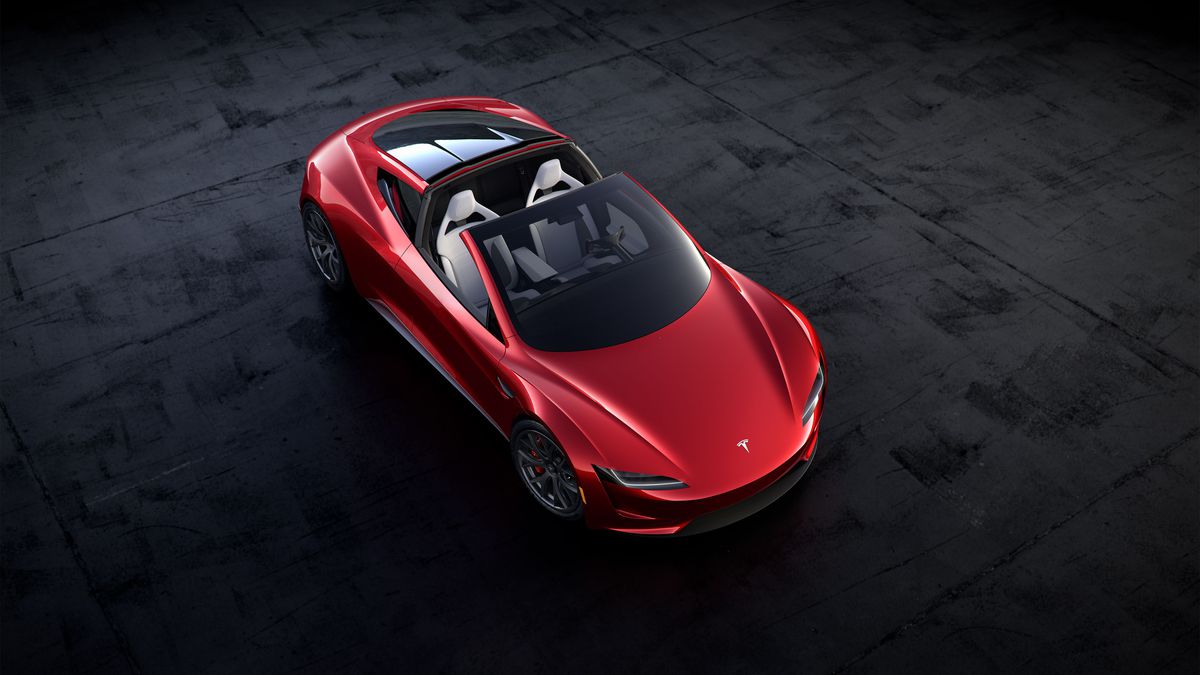 The quarter mile time is 8.9 seconds. That’d be the first time any production car breaks nine seconds in that department. “This is what we’re achieving in the prototype,” said Musk, hinting that even more barriers could fall.

The Roadster will have a top speed of over 250 mph, but Musk wasn’t ready to share specifics.

The motor will be powered by a battery pack that’s over 200 kWh, which will allow an absolutely insane 620 mile range. This would be the first time a production EV would be capable of traveling more than 1,000 km at highway speed. 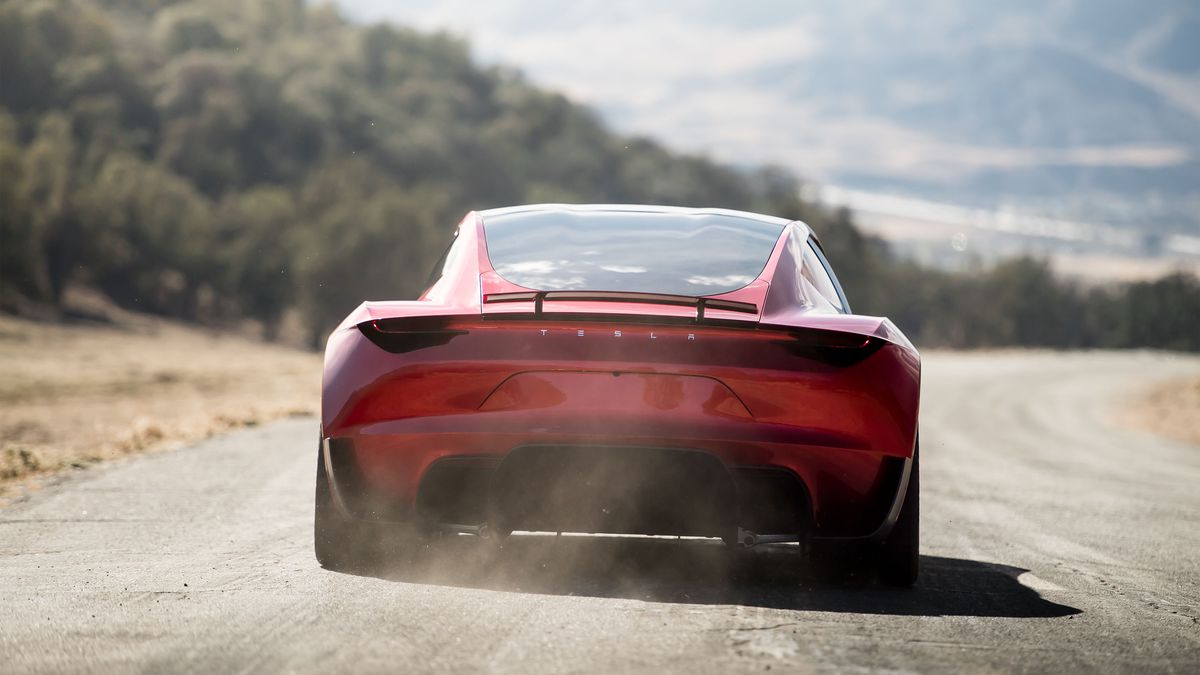 After driving this, “driving a gas car is going to feel like a steam engine with a side oif quiche,” joked Musk.

Other tidbits include three motors, 10,000 nm torque and a removable roof. 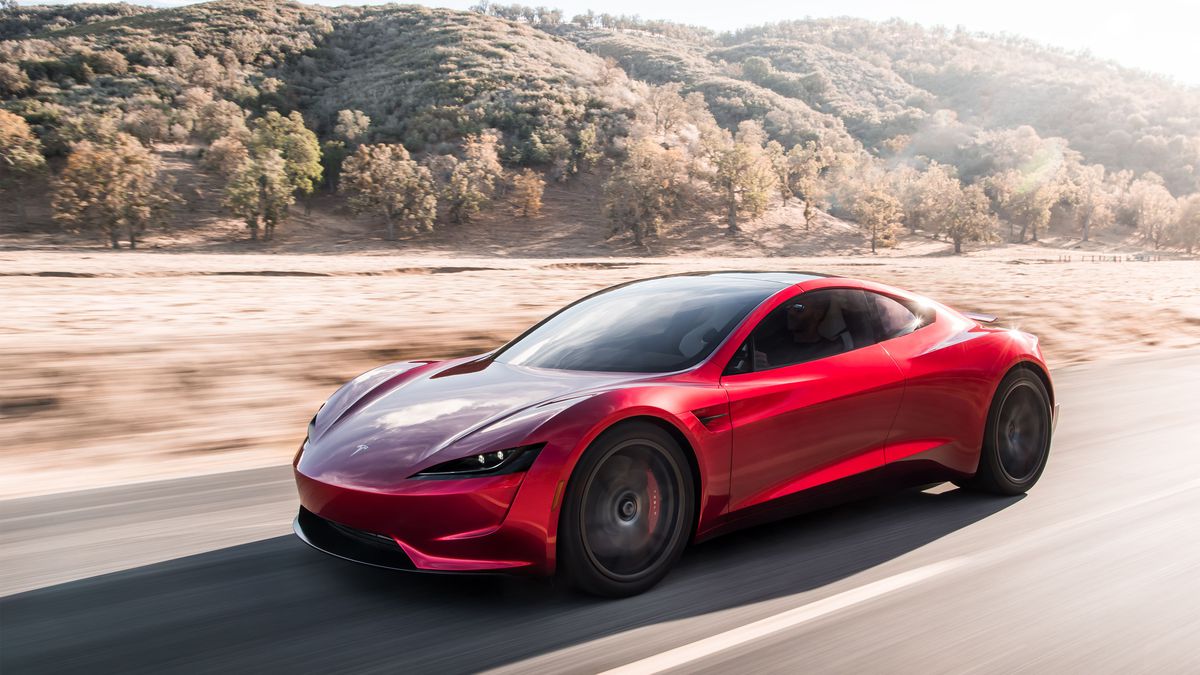 To illustrate the massive range, Musk pointed out that Roadster drivers could manage a trip from LA to San Francisco, then back to LA — all without recharging.

The car will offer all-wheel drive, and it’s a four-seater. 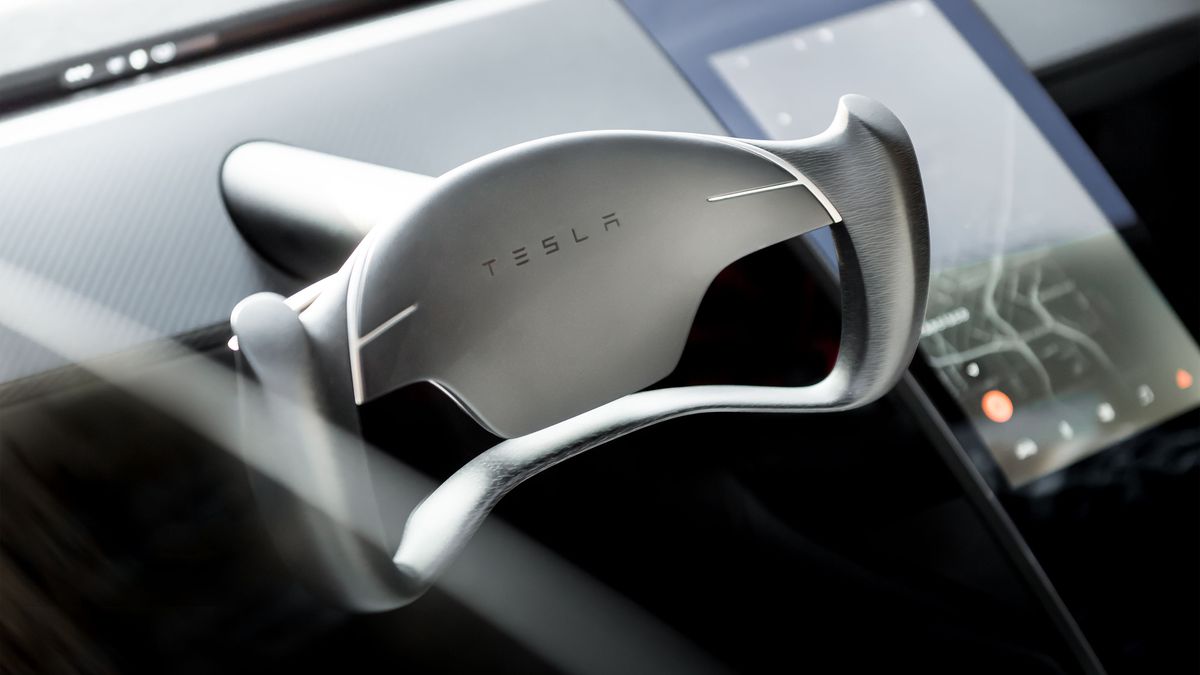 Tesla plans to deliver the new Roadster in 2020, but where they plan on building the car and how much it will cost are discussions for another day.

No matter how you slice it, it was a stunning debut, a true surprise pulled off by the tech industry’s new reigning showman. 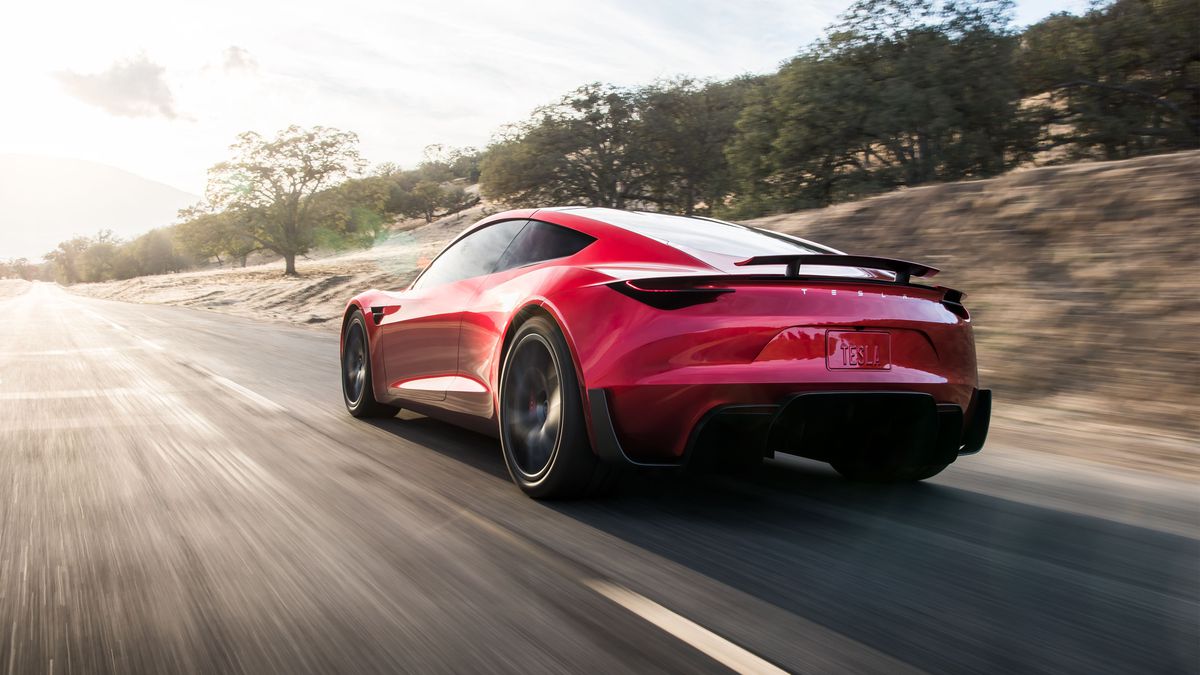 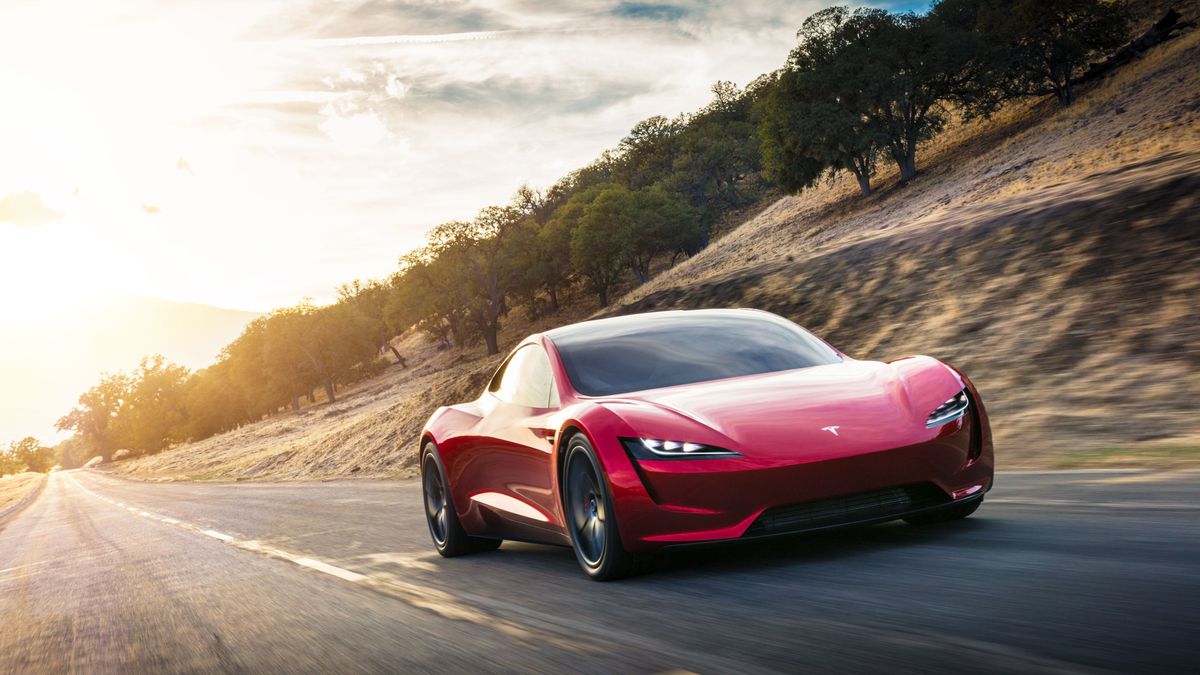 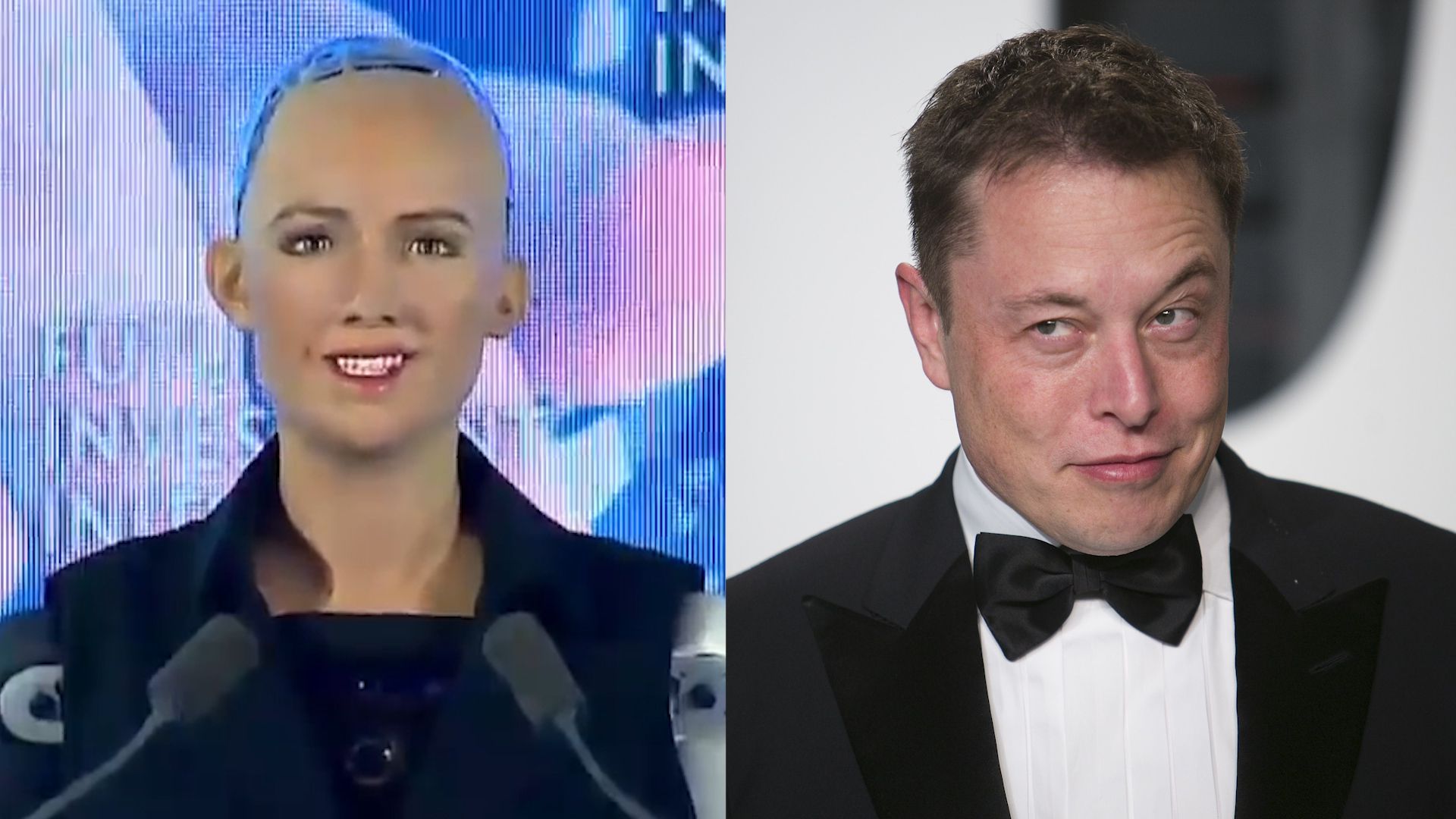