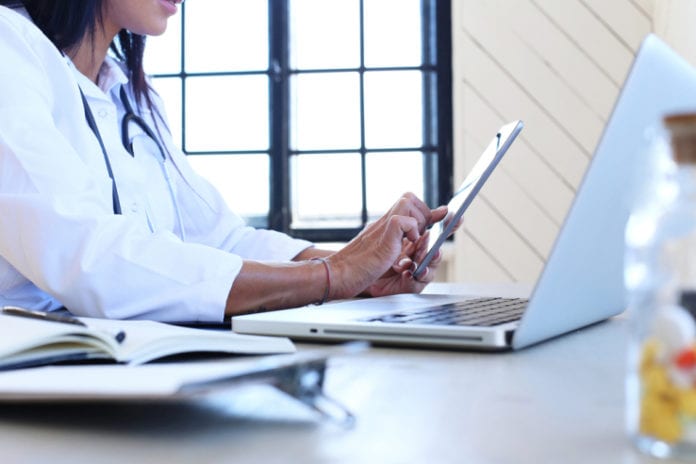 French startup Doctolib is raising money for the second time in the past twelve months. The company is building a sort of Salesforce for the healthcare industry with a big emphasis on bookings. Doctolib just raised $42 million (€35 million) from Eurazeo and existing investor Bpifrance.

The startup announced another round of funding back in January 2017. If you combine those two rounds, Doctolib has raised $72.7 million (€61 million) in 2017, which makes it one of the best-funded health startups in Europe.

Doctolib has developed an online booking platform for all medical practitioners. It is already quite big in France as the startup handles around 7 million bookings every month. The company has recently expanded to Germany, and there are some encouraging signs in Germany as well.

So far, getting new doctors is much faster in Germany than during the beginnings of the service in France. The company now has five offices in Berlin, Munich, Cologne, Düsseldorf and Hamburg.

“We have already managed 1.5 million bookings in Germany,” co-founder and CEO Stanislas Niox-Chateau told me. “Pretty soon, we’re going to be as big in Germany as in France.”

In total, there are 30,000 health professionals using the platform with 12 million monthly visitors in France and Germany. But this isn’t your average marketplace. You can’t take a cut on medical transactions or use medical data because of privacy reasons.

That’s why the startup has decided to sell its service to practitioners directly. Each doctor pays €109 per month in France and €129 per month in Germany to replace their booking system with Doctolib. With a little back-of-the-envelope calculation, you can see that the company is already earning quite a lot of cash.

With today’s funding round, the company wants to be the undisputed leader in both Germany and France. Docotlib will hire 100 new employees in Germany and open an engineering office in Germany. Doctolib has 380 employees in total and also plans to hire 100 persons in France.

There’s still a lot of room to grow as only a small percentage of doctors already use a solution like Doctolib. Doctolib’s main competitor isn’t another online booking platform. The startup needs to convince doctors who still rely heavily on phone calls and outdated systems.

When you switch to Doctolib, your patients can see directly when you’re available. The startup also sends reminders, which reduces no shows. Finally, Doctolib can also tell you about earlier appointments if a patient cancels an appointment. Overall, Doctolib wants to help doctor spends less time doing administrative tasks, which should greatly improve their revenue.

But the company doesn’t plan to stop at bookings. Doctolib has been working hard on new products to create a suite of services for healthcare professionals. In addition to managing everything from appointments to your waiting room, the company is working on improving communication channels between doctors and patients, and between multiple practitioners. It’s still a bit vague, but I’m sure we’ll hear more about those new features in the coming months.