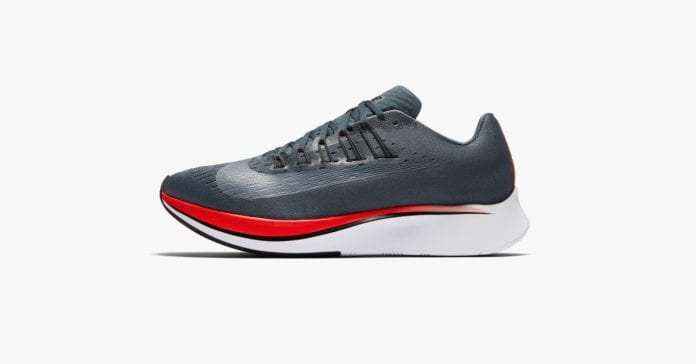 Eliud Kipchoge, the world’s best marathon runner, runs in Nike shoes. But do his shoes help him run faster?

You’ll be shocked—shocked!—to learn that Nike claims they do. Kipchoge wears a special version of the Vaporfly 4%, which got its name from a study out of CU Boulder. Funded by Nike, and conducted in collaboration with Nike researchers, it found test subjects shod in a Vaporfly prototype ran an average of 4 percent more efficiently than they did in the Zoom Streak 6, Nike’s previous best racing shoe.

If you’ve followed the story of Nike’s shoe as closely as WIRED has, there’s a good chance you’ve heard about this study. What you probably haven’t heard are the details behind it—how it was conducted, and what, exactly, the researchers who led it observed.

This week, those details were finally published in the peer-reviewed research journal Sports Medicine. So does the investigation pass muster? To find out, we visited the CU Boulder lab where the research was performed and compared notes with experts from the University of Calgary’s Human Performance Lab. The upshot: It’s a well-designed study with one minor flaw. Now. Let’s run this thing through its paces, shall we?

First off, this study is about more than just Nike’s shoes. Its goal was to determine whether and to what extent the Vaporfly reduces the energetic cost of running compared not only to the Zoom Streak 6, but the Adidas Adios Boost 2. At the time the study was performed, those shoes or their predecessors had been worn in the 10 fastest marathons of all time. (The fastest, a 2:02:57 race at 2014’s Berlin Marathon, was set by Dennis Kimetto in the Boost 2.)

Pictured here are the three shoes used in the study. They are, from left to right, the Nike Zoom Streak 6, the Adidas Adios Boost 2, and the Vaporfly prototype.

“We didn’t want to compare the Vaporfly to Walmart specials,” says biomechanist Rodger Kram, director of the CU Boulder Locomotion Lab and the study’s principal investigator. “We wanted to compare it to the best marathon racing shoes out there.”

The results were unambiguous: Of the 18 runners Kram and his colleagues recruited for the study, every one of them used less energy running in the Vaporfly than in either of the other shoes.

Exactly how much energy varied considerably between runners. All 18 of the study’s test subjects were fast—to recruit them, Kram and his colleagues posted fliers looking for runners who could go 6.2 miles in under 31 minutes. But some saw more benefit than others. The study’s rearfoot strikers saw slightly greater benefit than midfoot or forefoot strikers—but not much. The Vaporflys improved one test subject’s running economy over the old Nike by just 1.59 percent, but they improved another’s by 6.26 percent (with a similar range over the Adidas). The average across all test subjects: just over 4 percent.

“Those are outstanding results,” says University of Calgary biomechanist Brian MacIntosh. “We’ve done research here in the Human Performance Lab where we look at the change in running energy cost, and even a 1.5 percent improvement is regarded as substantial. Four percent is just huge.”

And while 18 might not seem like a lot of test subjects, for a biomechanics study it’s higher than average. Kram went through the wringer to recruit even that many. When shoemakers design prototypes, they almost always manufacture them in a size 10. “So for us it was like Cinderella,” Kram says. “We had to get 18 runners who all wore size 10 shoes”—and could run a 10k in under 31 minutes. “Boulder is one of the few places you could even do this study,” Kram says.

The small sample size matters even less when you consider the effect the shoes had. “The difference the shoes made was highly significant,” says University of Calgary biomechanist Benno Nigg, who has consulted for Nike previously but was unaffiliated with this research. The statisticians among you will appreciate that the 4 percent difference between the Vaporfly and the other two shoes had a p value of less than 0.001. For everyone else, Nigg puts it in simpler terms: “Look at the paper. Look at Figure 4. It’s unbelievable. I mean, everybody saw an improvement.”

The data suggests average runners would see an improvement, too. Crucially to most people reading this (unless you can run a five minute mile—in which case good on you, you freak), the energy savings was the same whether the test subjects ran at 6:53 per mile, 6:02 per mile, or 5:21 per mile—the three paces the researchers tested at.

“The energetic savings at all three speeds was very consistent,” says biomechanist Wouter Hoogkamer, who led the study. “We didn’t test it at slower speeds, so it will be very interesting to do follow-up studies, but the consistency suggests the improvement to running economy will be similar whether the person wearing them is running a five minute mile or a 10 minute mile.”

The researchers attribute the shoe’s effectiveness not to its weight, but its unique materials. (At 199 grams, the size 10 Vaporfly prototype that the researchers tested weighed four grams less than the Streak 6 and 51 grams less than the Boost 2, but Hoogkamer equalized their weight by sewing lead pellets into the tongues of both Nikes.) The Vaporfly uses a very light, compressible, and—most importantly—springy foam. When the researchers simulated the impact of a runner’s footfall by pressing the shoes into a force-sensing plate, they found that the foam in the Vaporfly returned 87 percent of the energy it stored on impact. The Boost 2 returned 76 percent. The Streak 6? A measly 66 percent.

The Vaporfly also features a carbon fiber plate in its midsole, which caused no shortage of controversy when Nike unveiled the shoe earlier this year. As Ross Tucker, an influential sports scientist and blogger, put it at the time: “Any device inserted into the shoe, and which purports to add to energy return or elastic recoil or stiffness should be banned. That means the carbon fiber plate, or plastic etc but not necessarily the gels/air patches that offer cushioning, and not the foam, either.”

But according to this study, at least, Tucker has it backwards. “In our lab the shoe reduced the energetic cost of running by an average of 4 percent. If you ask me what the breakdown is, I’d say about 3 percent of that is from the foam and about 1 percent from the carbon fiber plate,” Kram says.

Our outside experts could only find one fault with the study: The test subjects knew what shoes they were running in. As high-caliber athletes, most were familiar with the Streak 6 and the Boost 2, and many had heard rumors of a new shoe in the works from Nike.

Could there have been a placebo effect? It’s possible, says Nigg, who last year showed that test subjects who wore basketball shoes of differing weights performed identically when they were blind to the shoes’ differences, but jumped 2 percent higher when they knew they were wearing the lighter shoes. But at the time of the Vaporfly study, none of the test subjects knew that Nike’s prototype was purported to improve running economy. (It’s worth pointing out, too, that Nike’s prototype looked pretty janky compared to the completed product the company now sells.)

More importantly, MacIntosh says, it’s very hard to lower your running economy intentionally. “The issue is: Even if the test subjects did know the shoe was supposed to improve running efficiency, how in the world could they alter their economy by 4 percent?”

When I ask Kram why the test subjects were not blinded to the shoes they would be wearing, he says they might have been able to disguise the look of the shoes, but not their feel. “Ask any runner who has worn the Vaporfly and they’ll tell you, whoa, these feel really weird, really soft.” (I’ve worn them. They feel weird, and they feel soft.) “It would be like if i asked you to tell the difference between a really hoppy IPA and a Guinness stout,” Kram says. “It’s easy to do. They feel that different.”

The bigger question now is: Why haven’t the results from the study translated to actual road races? A 4 percent boost in running economy means that a marathoner usually capable of running a 2:05 race should be able to slip on a pair of Nike’s shoes and run pretty close to a two hour race, no problem. But that’s not what we see in the real world. It’s true, Nike runners have scored some major victories in the shoe—including Shalane Flanagan, who earlier this month became the first American woman to win the New York City Marathon since 1977—but none of the performances have been Earth-shattering. All of which suggests something is lost in translation between the research lab and an actual, 26.2-mile road race.

That disparity could be due to any number of things. “Just to give you a sense of how complicated this stuff is, we have unpublished data that shows the energetic cost of running increases after about 90 minutes, and that the increase coincides with how much the Achilles tendon stretches on each footfall,” MacIntosh says. That observation suggests the biomechanical advantage the Vaporfly provides could actually shift—or even become detrimental—as a runner’s physiology changes over the course of a race.

But that’s all speculative. For now, the hard numbers indicate that Nike’s fancy, foam-tastic future-shoes really do boost running economy under carefully controlled lab conditions. A technicality? Sure. But it’s one that Nike’s PR team—and a lot of runners looking for a little edge on race day—will be more than happy to live with.

GizmoCrazed - April 27, 2013 0
Taking the path less traveled could lead you to climates that even our modern technology has a hard time conquering. Are you ready to...

iPhone 5 To Have A Curved Glass Screen [REPORT]