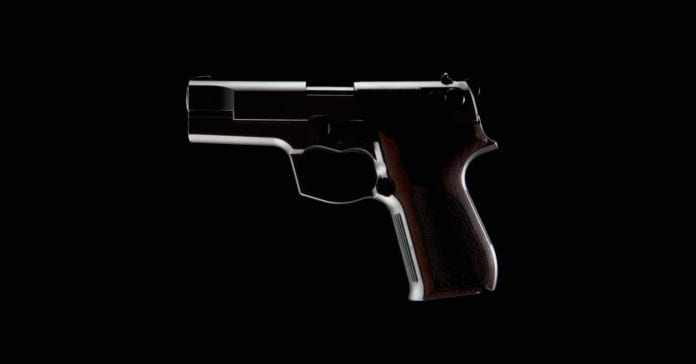 The Big Show Journal is no ordinary gun magazine. The print periodical, which appears on newsstands nationwide six times a year, is also, according to its website, “America’s most interesting gun and knife magazine” and “America’s most accurate and complete gun and knife show calendar.” Gun enthusiasts may dispute the former claim—but the latter is less subjective than you might think.

In fact, The Big Show Journal might be the closest thing researchers have to a comprehensive record of gun shows in the US.

“There’s no readily compiled, publicly available database of where and when gun shows occur,” says UC Berkeley epidemiologist Ellicott Matthay, who recently found herself in want of such a database. That includes the internet. When Matthay used the Wayback Machine to scour archived web pages for the dates and locations of past shows, she found gaps in the historical record; events she knew had happened were nowhere to be found. So she turned to trade magazines instead. The Big Show Journal, true to its claim, proved more comprehensive than competing publications like Gun List Magazine and Gun and Knife Show Calendar.

Matthay needed that data to test a hypothesis about gun violence in America. Gun shows—of which the US sees about 4,000 per year—account for between 4 and 9 percent of firearm sales. As a public health researcher, Matthay knew that gun ownership increases the risk of suicide, homicide, and unintentional casualties in the home, and that firearms acquired from gun shows are disproportionately implicated in crimes. Matthay wanted to know if gun shows could lead to increased rates of gun violence, specifically in her home state of California. And the numbers she needed to find out were buried not in a government database, but in back issues of a big, glossy gun magazine.

But magazines are hard to mine for data. So Matthay set to work, scanning issues of The Big Show Journal published between 2005 and 2013 in the copy room at UC Berkeley’s school of public health. She used optical character recognition software to convert the scans into alphanumeric data. Then she trained an algorithm to isolate the dates and locations of gun shows in California and neighboring Nevada, which shares the largest border with the state.

When Matthay was finished, she cross referenced her database with death records from the California Department of Public Health, along with ER and inpatient hospitalization records collected by the state. By comparing death and injury rates for the two weeks before and after each gun show, Matthay could see whether firearm casualties increased in nearby California areas in the wakes of California and Nevada gun shows.

Her hypothesis turned out to be half right: California gun shows did not appear to have a significant effect on local gun violence. But in regions near Nevada shows, rates of death and injury due to firearms spiked by 70 percent.

That staggering disparity could boil down to policy differences. California’s gun laws are among the most stringent in the country. Nevada, in contrast, has some of the least restrictive—and no explicit regulations on gun shows. Data from the Bureau of Alcohol, Tobacco, Firearms and Explosives—which monitors where guns originate and where law enforcement recovers them—shows that firearms have a knack for flooding into states with tough gun laws from those without. (To cite just one example: Sixty percent of guns used to commit crimes in Chicago between 2009 and 2013 originated outside of Illinois.) A state’s gun laws, it seems, can be undermined by those of its neighbors.

But that kind of inter-state analysis isn’t always possible. Many states—Nevada among them—don’t require documentation of private gun sales.

“If a gun originated in Pennsylvania, changed hands between private parties at a Nevada gun show, and resulted in a firearm death or injury in California, even if we were to trace it, we’d have no way of knowing it was ever in Nevada,” Matthay says. What’s more, ATF only tracks the provenance of guns recovered from crime scenes. But not all crimes involving guns result in injury or death. Conversely, not all firearm casualties—particularly unintended injuries—are logged as crimes.

So researchers like Matthay have to use trickier methods to understand the impact of firearms. “The biggest challenge, when it comes to understanding gun violence, is money—but the second biggest is data,” says Frederick Rivara, an epidemiologist at the University of Washington and an expert on gun violence. The NRA’s efforts to stymie gun research are extensive, palpable, and well documented: When a car kills somebody in the US, the details of the incident go into a massive government database. No such database exists for gun deaths. If you want to study firearms in this country—how they move, the way they’re used, how often they murder and maim—you have to get creative. See: scanning old gun magazines by hand.

But with limited data comes limited information. Matthay’s study didn’t trace any guns, so it’s unclear whether California’s post-show spike in gun violence is tied to an inundation of Nevada firearms. (It could be due to an influx of ammunition, for example.) Neither did the study examine associations with firearm casualties in Nevada. (“We could do that,” Matthay says, for Nevada and neighbor states like Oregon and Arizona, “but we would need additional funding.”) Likewise, there’s no telling if the link between gun shows and gun violence is causal. A randomized controlled trial—the gold standard of evidence in medical and epidemiological circles—could help isolate the signal. But researchers can’t exactly go around exposing random populations to gun shows. “That would not be ethical,” Matthay says, not to mention unfeasible.

Still, the study does paint a more nuanced picture of the relationship between gun shows and gun violence. By accounting for deaths and injuries ATF’s data overlooks, Matthay’s research points not only to the effectiveness of California’s gun laws, but the pitfalls of porous borders—two valuable insights that policy makers can use to inform laws at the state and federal levels.

“That’s our job as investigators—to see if those laws help or not and determine whether they should be more widespread, to reduce the total gun violence,” Rivara says.

With the help of Congress, researchers like Matthay could do that job much more effectively. Until then, they’ll make do with the data they have.

Life-Saving Deliveries Will Get Drones Flying the Skies

It really feels like you're in a Tesla with new Oculus...