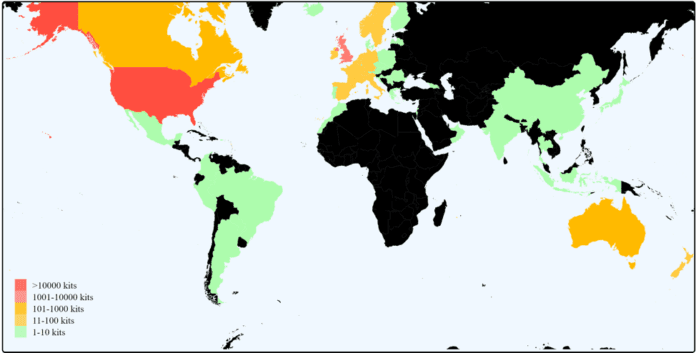 While you kick back and relax after your Thanksgiving dinner,  your gut microbiota – the collection of beneficial microbes, mostly bacteria, that inhabit your lower intestine – will be hard at work breaking down the food you ate and carrying out all kinds of other essential functions.  Research on the microbes that call your intestine home has shown they can affect your brain, treat a hospital-acquired condition called Clostridium difficile infection (CDI), and much more. Did you know that you can change them by exercise or travel, and you can change them much more by jetlag? Since 2012, the American Gut Project (AGP) has been collecting gut microbiome data from citizens scientists all over the world to understand the extent of microbial diversity associated with humans.

In the five years since the AGP launch, over 10,000 citizen scientists have contributed to our rapidly evolving knowledge of the human microbiome (the bacteria, fungi, archaea, and viruses that inhabit the human body). We’re revolutionizing our understanding of what the microbiome is connected to and what factors may change it.

We launched the AGP over Thanksgiving in 2012, a time of the year when a lot of Americans are thinking about their gut. We had been working on the National Institutes of Health-funded Human Microbiome Project (HMP), which had generated a huge amount of public interest, but it was difficult for the public to get involved. To be enrolled in the HMP main cohort, you had to be healthy at every site on the body and examined by a physician in either St. Louis or Houston. So that meant the vast majority of people couldn’t participate.

For the AGP, we kept it simple. We asked people to go online and purchase a sampling kit. Much like National Geographic’s Genographic project, the AGP is participant-supported, meaning the purchase covers the cost of processing and analyzing the sample. These financial contributions, as well as the financial support from philanthropies, are fully invested in the research effort, and we have been excited to see participants from all over the globe inspired to join our effort.

The AGP is an academic effort run by Knight Lab at the University of California San Diego in coordination with its Center for Microbiome Innovation. We place all of  the de-identified data in the public domain at the European Nucleotide Archive or on the Qita platform, and the software to process it is available open source, so if you’re motivated, you can get involved in the analysis as well as the data collection.

Our kit looks very low tech – just a couple of swabs, although we spent months figuring out exactly the right ones to use (even forensics-grade swabs, guaranteed free of human DNA, often have a lot of bacteria, which may contaminate our samples and generate inaccurate results).  Assuming you want to examine your gut bacteria, you’ll poop, wipe, swab the bathroom tissue – if it’s brown, we have enough DNA for analysis – and mail it back to us.  At our lab, the technical part starts using robots and lasers to determine microbial DNA sequences, followed by using supercomputers to generate results.

By allowing anyone to send in microbiome samples for analysis – not just from the lower intestine but also their mouth, skin, and even vaginal swabs – we continue to find new types of microbes and microbiome configurations that have never been seen before. In addition, since we ask a wide range of questions, including many suggested by participants, we are able to start connecting changes in the microbiome to differences in health, lifestyle, geography, and many other factors.

So why should you care? We can put your microbiome on the map with other people around the world and begin to discover completely new connections from this context such as how samples from individuals with CDI look prior to and following a fecal microbiome transplant.

What we’re finding is amazing.

You might have expected that your microbiome changes with age, but you might not have expected that it changes with the seasons, or with how much sleep you get at night.  We’re also  examining how the microbiome is linked to a wide variety of diseases ranging from those you might expect (irritable bowel syndrome, inflammatory bowel disease) to those that are more surprising (rheumatoid arthritis, atherosclerosis, hepatocellular carcinoma) to those that are downright incredible (major depressive disorder, multiple sclerosis, and even Parkinson’s disease).

One thing we know for sure- the gut is not like Vegas: what happens in the gut doesn’t stay in the gut. And the microbiomes elsewhere in your body also have a role, from your skin microbiome affecting how much mosquitoes like you to your oral microbiome correlating with migraines.

You can learn more about these and other discoveries we’re making in the free, online course Gut Check, which about 40,000 people have taken to date, or you can get involved in the Gut Instinct community to design new projects yourself using the AGP infrastructure. Right now, our core group of analysts are using this information to figure out what has a large effect on your microbiome and what has a small effect. What we mean by an effect is something that systematically alters the ecology of the gut across individuals — for example, in a forest, a small effect might be a light rain shower whereas a large effect would be a hurricane. In doing so, we’ll learn how to inform professional and citizen scientists how to best design their studies and interventions so we can all benefit. 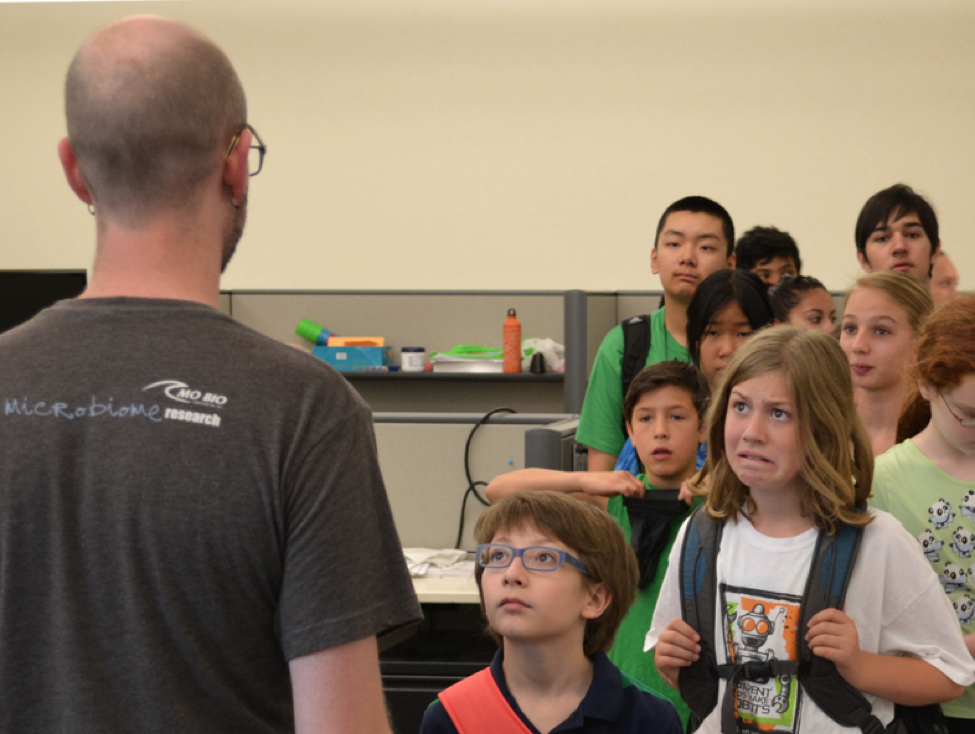 One of the most exciting directions we’re headed in is the characterization of FMTs (Fecal Microbiota Transplants), which have already cured thousands of people of Clostridium difficile, a severe and common hospital-acquired infection, by introducing feces from a healthy donor into the lower intestinal tract of the recipient (we’ll leave this process up to your imagination).

In partnership with the American Gastroenterological Association (AGA), the AGP is building a biobank of every fecal transplant donor and recipient, and tracking them over time. It’s amazing to think that people are literally walking around alive now who would be dead were it not for being cured by human feces. Eventually, this information will help to characterize the specifics of FMTs and may lead to improved specificity in the procedure. So join the American Gut and learn about your microbial friends, knowing that the knowledge we gain from your poop may one day save a life!

Daniel McDonald is a researcher and programmer analyst in the Knight Lab, where he develops computational programs to analyze microbiome data. He is also a former American Gut project manager, overseeing the effort from June 2013 to August 2015, including its expansion into the British Gut and an Australian aggregation site.

Want more citizen science? Check out SciStarter’s Project Finder! With 1100+ citizen science projects spanning every field of research, task and age group, there’s something for everyone!

What CBD Does to Your Body

GizmoCrazed - June 1, 2019 0
You may have heard the letters ‘CBD’ in passing and this is because its rise in popularity over recent years has been astronomical. But...

Beyond Harmful Gas: The Future of Refrigeration May Rely on 'Plastic...

NASA Flights to Track Greenhouse Gases Across Eastern US

The huge 'Collection #1' data breach is only a small part...