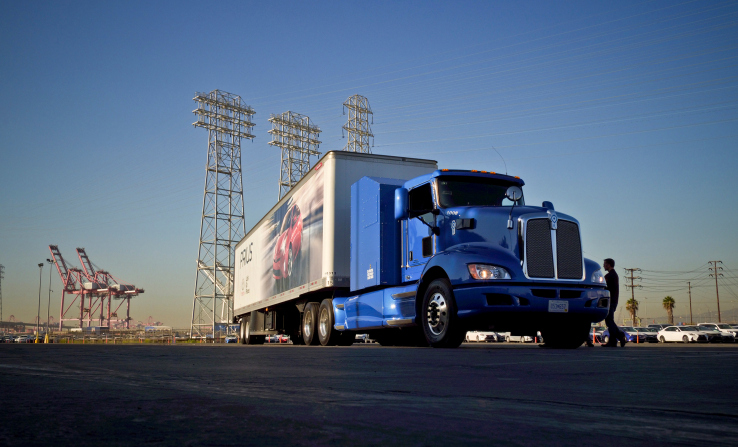 Toyota has hydrogen fuel cell transport trucks that generate no local emissions, and that have 670 horsepower and an 80,000-pound total weight capacity. The powertrain includes two of Toyota’s Mirai fuel cells, and a 12kWh battery charged by the cells. Toyota is now running a concept version of the truck along pilot routes that run around 200 miles per day, moving goods between depots in the Port of LA and Long Beach.

The pilot is designed to help Toyota see what the impact of frequent cycling of its fuel cell system will do to the packs, as they’ll be refueled often to run the short-haul trips. Over time, Toyota plans to conduct longer runs of the truck as well, as part of the overall feasibility study that is also part of the Port of LA’s long-term plans to reduce emissions overall.

Hybrid electric trucking tech is seen by some as the most viable option for long-haul transport while also reducing emissions, as it doesn’t compromise on range while producing zero local waste. Startup Nikola is working on building its own heavy-duty hydrogen electric hybrid hauler, for instance, and many existing truck makers are also exploring hybrid drivetrain options.

Tesla plans to unveil its own fully electric semi truck in November, and Tesla founder Elon Musk has been a vocal critic of hydrogen power in general. Tesla’s truck is rumored to have 200 to 300 miles of range, which could work well for this type of application, coincidentally, but wouldn’t serve the needs of longer hauls (short of changing out the cab at multiple stops along the way).

A Canadian Has Invented A Hoverboard That Can Actually Fly 16...

GizmoCrazed - October 19, 2015 0
It is rather improbable that you had any experience riding a hover board unless you happen to be Marty McFly, of course. It turns...

These Beautiful Beaches Glow Like Millions of Stars at Night