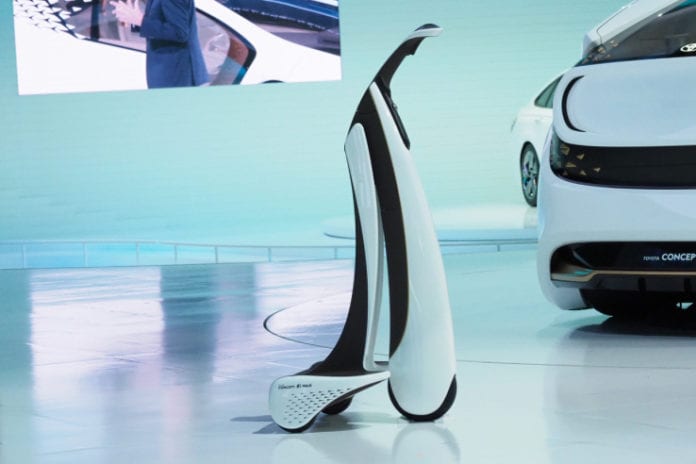 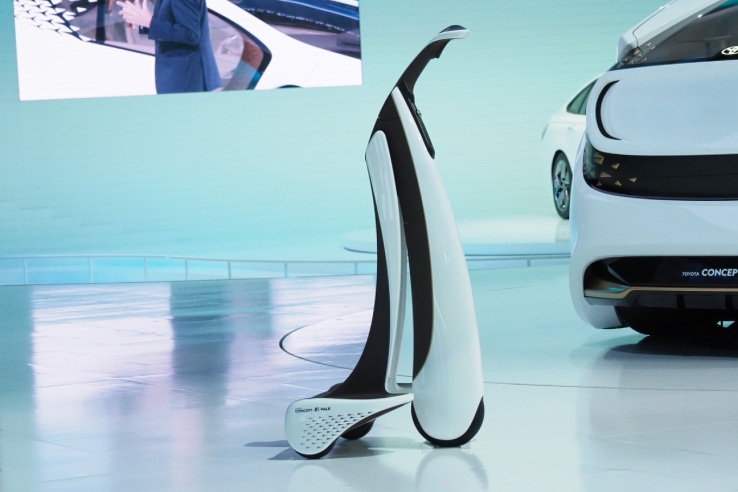 Toyota’s thinking outside the car with one of two new Concept-i vehicles it revealed at the Tokyo Motor Show this year. The Concept-i Walk is a sidewalk mobility device that takes up the same physical space as a person walking and that can anticipate and avoid collisions automatically.

It looks sort of like a scaled-down Segway, but it’s designed for easy operation for anyone using a single joystick for navigation and acceleration. As mentioned, it occupies no more space than a single pedestrian, which means it should be easy to use in real-world settings now, without any requirements in terms of changing behavior to accommodate the new transportation mode.

The Concept-i Walk has a slim body, culminating in the integrated control joystick, which is ergonomically designed to work with the human body. When the vehicle detects danger using its on-board sensors, it provides an alert and then automatically avoids whatever it sees, including things like a child darting out in front of its path, for instance.

The total width of the base is less than a person’s shoulder width, and its length front-to-back is less than a person’s average stride — so it takes up less space than a person walking, Toyota says. And unlike vehicles like the Segway, there’s no body weight shifting required, with steering designed around that single handle, which is positioned at about stomach height so it can be used in a relaxed position by the rider.

All a driver needs to do is lightly flex their wrist right or left to make turns, as it’s designed to work with limited arm mobility for greater accessibility.

The vehicle has three wheels for stability when stopping, and the wheelbase is variable to provide stability at multiple speeds. Toyota’s Yui personal AI agent is here, too, carrying the assistant across the Concept-i line, which includes the original concept vehicle revealed at CES this year, and now the Walk and the Ride, too.

Yui on the Concept-i Walk has a projector built-in for visual communication, allowing it to project contextual information on shop windows for instance, and speakers for voice communication.

Its total cruising range on a single charge is around 6 to 12 miles, and Toyota is aiming to have it weigh around 44 pounds, which is relatively portable for a personal vehicle like this. It’ll have a maximum speed of around 4 miles per hour, as it’s designed to work with the existing flow of pedestrian traffic.

This concept reflects a growing interest at Toyota to work on solutions across personal mobility, and to unlock freedom of movement for groups including seniors that traditionally have had problems with this. It’s still just a concept, but Toyota seems committed to exploring mobility at all levels, and also to designing an assistant experience that follows the user across each part of that journey.

Disclaimer: Toyota provided accommodations and travel for this trip to the Tokyo Motor Show.