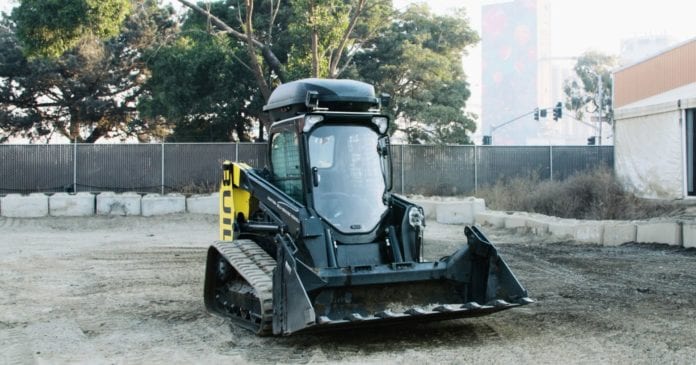 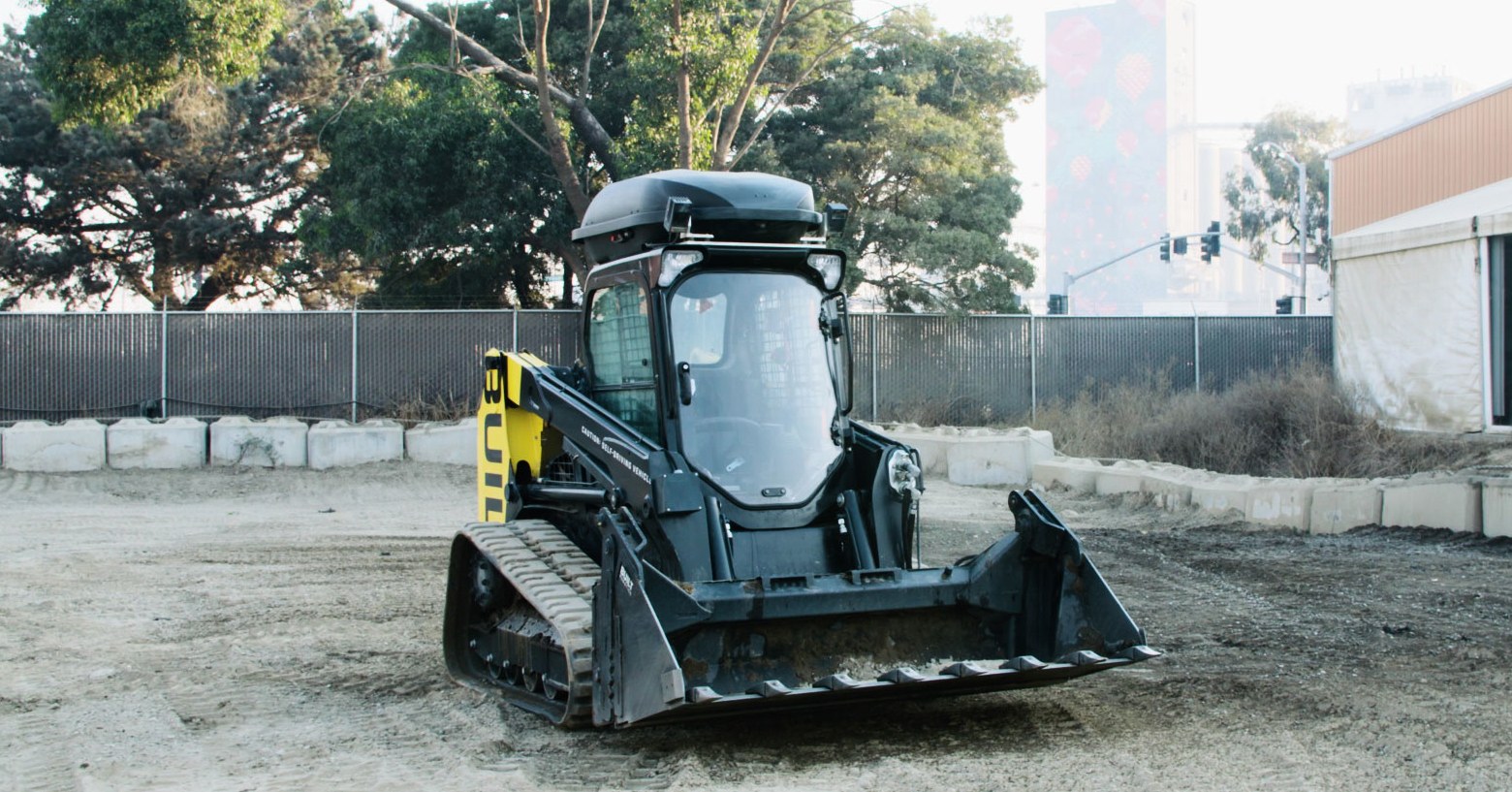 Zipping around like a bumblebee, the little black-and-yellow tractor claws its bucket into one of San Francisco’s few vacant lots, kicking up a puff of dust. Payload secured, it backs up—beep, beep, beep—whips around, and speeds to its dirt pile, stopping so quickly that it tips forward on two wheels. It drops its quarry and backs up—beep, beep, beep—then speeds back to its excavation for another bucketful.

Atop the tractor is, of all things, a cargo carrier, like one you’d put on your car. But instead of carrying camping gear, it’s packed with electronics. Because no one is sitting in this Bobcat tractor—it’s operating itself, autonomously zipping around a lot lined with 4,500-pound concrete blocks. You know, for the safety of the community.

In this dusty arena, a startup called Built Robotics is testing what it thinks is the future of construction: the autonomous track loader. Give it coordinates, tell it what size the hole should be, hit enter, and it tears off and digs the thing with impressive accuracy.

Really, this tractor is not unlike a self-driving car. It uses lidar—that is, it spews lasers—to see the world directly in front of it. The difference being, this lidar is specially designed to work in the high-vibration, high-impact world of construction excavation. The lasers also allow the robot to measure the amount of material it’s scooped up.

But the ATL has one big advantage over self-driving cars: It’s scooting around a relatively static, structured environment. Roads, they’re chaos. A job site isn’t exactly peaceful, but at least the robot is working in a confined space. So to position the robot, Built Robotics uses what’s known as augmented GPS, which combines an on-site base station and satellites to produce location data down to the centimeter.

Still, the construction robots have actual work to do. “The thing that we’re doing which is different and that’s a little bit harder than self-driving cars is we’re actually manipulating our environment,” says Noah Ready-Campbell, founder and CEO of Built Robotics. “If a car is changing the environment around it, then something’s gone really wrong.”

Specifically, the robot excavates holes for the foundations of buildings. Say you want a 30-foot-by-40-foot excavation at a depth of two or three feet. Depending on the equipment and conditions, that’d take a crew of humans one to three days to complete. Built Robotics claims its machine can hit about the same pace—plus the robot never gets hurt or tired and can potentially run 24 hours a day. (A robot can, of course, hurt people, though the robot has a collision avoidance system in place. And for the time being a supervisor stands there with a big red and orange kill switch in hand.)

Built Robotics is still honing the tech, but says it has already done small pilot jobs in the Bay Area. “I actually think we can see this technology deployed a lot more quickly and I think you’re probably going start to see autonomy make an impact in construction even before you’re doing transportation,” says Ready-Campbell.

Which would not be unwelcome. The construction industry has a labor shortage; a survey this year from the US Chamber of Commerce found that 60 percent of contractors report trouble finding skilled labor. Roboticizing the industry wherever possible—repetitive tasks like digging and painting—could ease this strain. Agriculture has the same labor problem right now, and is increasingly turning to robots to fill the gaps.

Will that kill certain jobs? Yes. But like pretty much any robotics company whose tech is designed to replace humans, Built Robotics says that the resulting increase in productivity will grow the industry and shift laborers into new jobs.

The roboticization of the construction industry is also good news for America’s horrifically bad infrastructure. That increased productivity could make repairs easier and cheaper. Take, for instance, robots that inspect and automatically repair pipes without humans having to rip the pipes out of the ground.

In the end, the job of a robot is to make life for humans easier, safer, and more productive. And so one busy little robot digs its way toward an automated future, one scoop at a time.