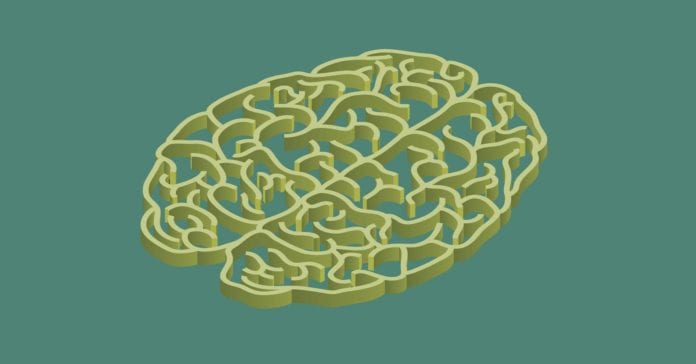 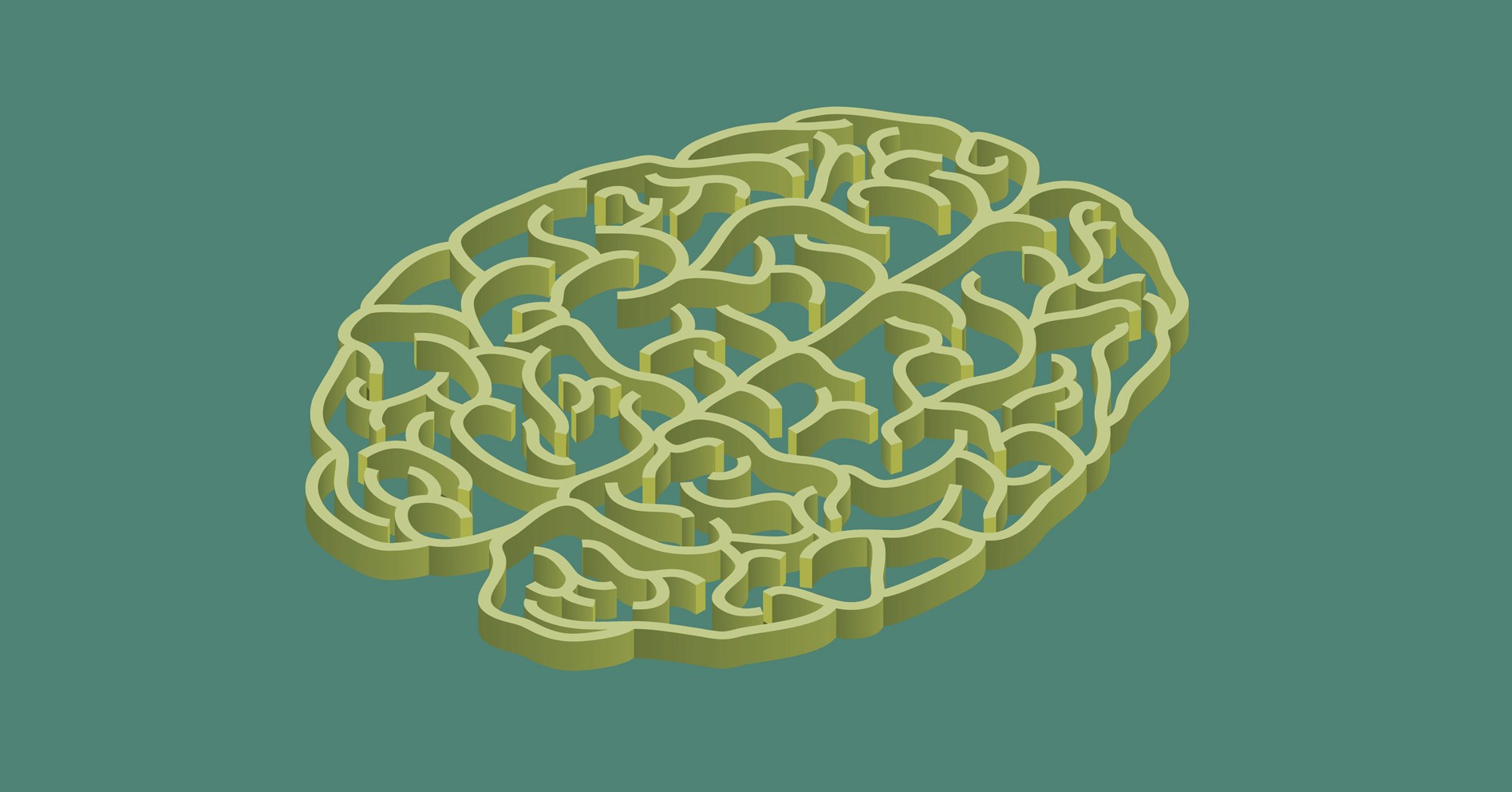 America is entering a period that may one day be known as The Great Forgetting. Alzheimer’s, a disease defined as much by the accumulation of mental lapses as by tangled proteins in the brain, is an ailment of the aging. Sixty-five-year-olds have a one in 10 chance of a positive diagnosis. By age 85, the odds jump to one in three. And with the nation’s baby boomers just beginning to enter their eighth decade, as many as 28 million of them—about 10 percent of the US population—are expected to develop Alzheimer’s between now and the middle of the century.

And yet, it’s impossible to know who will succumb to the disease. Genetic tests pioneered in the last decade have managed to shed some light on people’s relative risk. But the science is still a long way from providing any measure of certainty.

Right now, you can mail a tube of spit to 23andMe and get back a report on how likely your DNA is to unravel your mind, though the company makes no guarantees one way or the other. Their test, like most others out there, looks for variations in a gene that codes for a molecule called apolipoprotein E. The APOE gene comes in three forms: E2, E3, and E4. People who carry one copy of E4 have a three-fold higher risk of developing Alzheimer’s. People with two copies see 8- to 12-fold increases over people who don’t have any, though it can be hard to know what to do with that information.

But many people who develop Alzheimers don’t even carry this genetic marker, while many who do never come down with symptoms, severely limiting its diagnostic applications. Which is why scientists in California have been developing a test that calculates how more than two dozen genetic variants act together to increase or decrease your risk of developing the disease during your lifetime. They say it’s more accurate than current tests, which hinge on a single gene. It can also predict with some degree of confidence how old you’ll be when symptoms first arise. And in a few months anyone with access to a commercial spit kit will be able to get it.

“We’re not looking at Alzheimer’s as a binary condition, something you either get or don’t get,” says Anders Dale, director of the Center for Translational Imaging and Precision Medicine at UC San Diego. He’s been heavily involved in developing and now commercializing the test. Called a polygenic hazard score, the results provide individualized risk estimates at five year intervals for the 85 to 90 percent of people who don’t carry at least one copy of APOE4. “If you live long enough, your chance of getting it becomes very high,” says Dale. “So we’re thinking of it more as a when rather than an if. That allows us to predict risk as a function of genetics and age together.”

To develop the test, Dale teamed up with epidemiologists, neuroradiologists, and bioinformaticians from UC San Diego and UC San Francisco to analyze genomic data from more than 70,000 Alzheimer’s patients and healthy elderly controls. The scientists combined that mountain of data with epidemiological information about rates of disease incidence and brain images to identify 31 changes to single nucleotides (known as SNPs) associated with the disease. Their test significantly predicted how long it took for Alzheimer’s symptoms to develop among a thousand cognitively normal older people. It was even able to identify people who got the disease who didn’t carry the APOE4 allele.

Results of these studies were published earlier this year in PLOS Medicine and Annals of Neurology. Which has some people questioning if it’s really ready for clinical use. Keith Fargo, director of scientific programs and outreach for the Alzheimer’s Association, says the test needs more real-world validation. Like, say, following around a few healthy septuagenarians for a decade to assess the predictive power of the genetic hazard score, as opposed to retroactive analysis. Plus, Fargo adds, it overlooks the biggest problem with current genetic tests: “It doesn’t tell people what they most want to know, which is whether or not they’ll get the disease.”

Spin-outs founded by Dale that hold the imaging and genetic test IP are partnering with a company called Dash Genomics to offer the test at a cost of $50 to $100 to anyone who’s already mailed their spit to 23andMe and Ancestry.com. Those companies allow their customers to download the 600,000 to 700,000 SNPs they’ve decoded on their custom microarray chips. Those raw data files—lists of As and Ts and Cs and Gs—can then be uploaded to Dash, who will run the computational analyses developed by Dale and co, and beam the hazard score results from the cloud to people’s phones.

The app is still in beta, but the plan is to provide customers with graphs and tables illustrating the risk of developing Alzheimer’s across their lifespans. Every five years that risk will change. Partially as a function of aging. But partially based on your particular suite of genes; some push you toward the disease more forcefully than others. If you’ve only got a few negative variants, you’ll see your risk jump from less than one percent in your 60s to slightly more than two percent in your 90s. People at the other end of the spectrum will see their risk go from one in 100 to one in two in the same time frame. The tests aren’t available yet, but you can sign up for the waiting list to be notified of the launch, which is expected by early 2018.

By not offering the spit kits and genotyping directly, and instead running the analyses on top of existing genetic data, the new test is hoping to avoid FDA regulations like the ones imposed upon 23andMe. The same loophole is one of the things allowing scores of DNA testing kits for things like fitness and nutrition to flourish on a new genetic App store launched earlier this year by Helix, the new kid on the consumer genomics beat. Dale says he’d like to see the test wind up there someday.

In response to a request, Helix company officials said that potential partner discussions are confidential and can’t be disclosed at this time. 23andMe and Ancestry.com also denied that any business collaborations are in the works. Though a spokesperson for Ancestry.com did say that they caution their customers against using their data to learn more about health risks. “We’re primarily looking at markers we know are associated with genealogy,” he said. “We don’t recommend using our services for medical applications.”

But there is one medical application of the test that even critics think will be a boon to the Alzheimer’s community: improving the odds for experimental drugs. In the last few years, which have seen multiple promising therapies fail late in the drug development process, the field has shifted to developing treatments that could prevent the onset of symptoms. That requires getting people into trials who have the disease but aren’t yet showing any visible brain abnormalities or cognitive impairments. “We try to do that today with PET brain scans and APOE,” Fargo says. “But with more genes we can do even better.” Dale says they’re already working with a number of pharma partners to do just that, though he declined to name them at this time.

It’s important to remember that the guiding principle of “when not if” is more a guideline than a hard-and-fast rule; Alzheimer’s is not a normal part of aging and many people celebrate birthdays well into their 80s and 90s in full possession of their marbles. But it’s also true that America is indeed headed into an unprecedented era of Alzheimer’s incidence. And doctors and drug developers and patients are going to need every tool at science’s disposal to face the coming tide. Including, perhaps, this one.