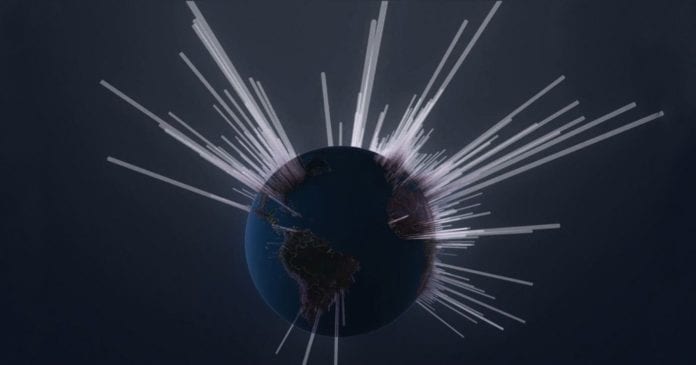 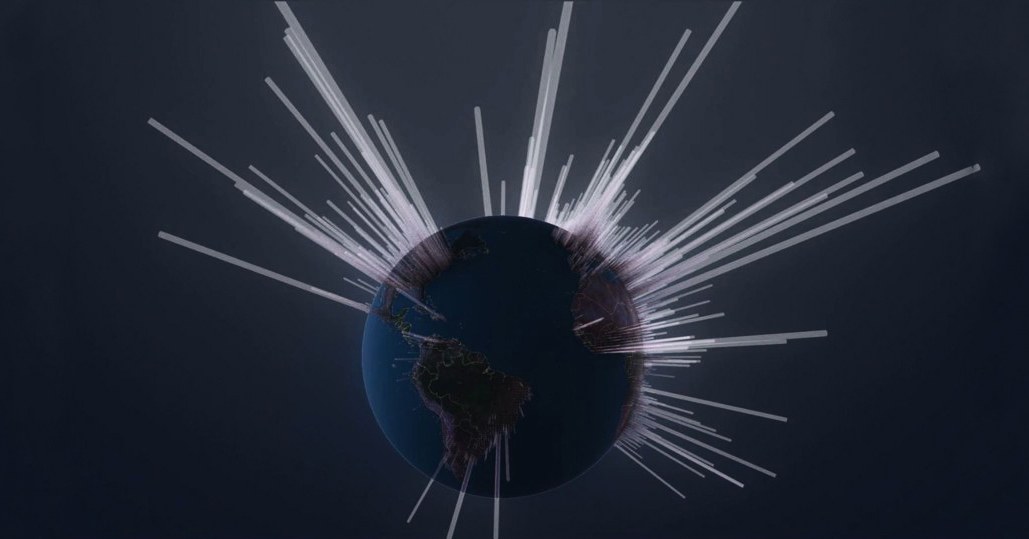 If you want an unusual but punchy telling of the world’s explosion of climate-warping gases, look no further than this visualization of CO2 levels over the past centuries soaring like skyscrapers into space.

“2A Brief History of CO2 Emissions” portrays the cumulative amount of this common greenhouse gas that humans have produced since the mid-1700s. It also projects to the end of the 21st century to show what might happen if the world disregards the Paris Agreement, an ambitious effort to limit warming that 200 countries signed onto in 2015. (President Donald Trump still wants to renege on it.) At this point, the CO2-plagued atmosphere could see jumps in average temperature as high as 6 to 9 degrees Fahrenheit, the animation’s narrator warns, displaying a model of Earth looking less like planet than porcupine.

“We wanted to show where and when CO2 was emitted in the last 250 years—and might be emitted in the coming 80 years if no climate action is taken,” emails Boris Mueller, a creator of the viz along with designer Julian Braun and others at Germany’s University of Applied Sciences Potsdam and the Potsdam Institute for Climate Impact Research. “By visualizing the global distribution and the local amount of cumulated CO2, we were able to create a strong image that demonstrates very clearly the dominant CO2-emitting regions and time spans.”

The visualization begins with a small, white lump growing on London around 1760—the start of the Industrial Revolution. More white dots quickly appear throughout Europe, rising prominently in Paris and Brussels in the mid-1800s, then throughout Asia and the US, where in the early 1900s emissions skyrocket in the New York region, Chicago, and Southern California.

By the time the present day rolls around, the world looks home to the biggest construction project in existence, with spires that’d put the Burj Khalifa to shame ascending in the US, China, and Europe—currently the worst emitters in terms of volume of CO2.

For this project, the team pulled historical data from the US Department of Energy-affiliated Carbon Dioxide Information Analysis Center. The “CO2 emission estimates are deduced from information on the amount and location of fossil-fuel combustion and cement production over time,” says Elmar Kriegler, the viz’s scientific lead. “Therefore, the visualization also tells the history of the Industrial Revolution which started in England, spread across Europe and the United States, and finally across the world.”

Astute observers will notice a couple of troubling things, such as the huge amount of emissions pouring out of urban areas like London, New York, and Tokyo. Cities and the power plants that keep them humming remain the world’s largest source of anthropogenic greenhouse gases. Also notable: the relative absence of emissions in some parts of the planet. That isn’t necessarily a good thing. “Some regions, in particular Africa, still do not show a significant cumulative CO2-emissions signal,” says Kriegler, “highlighting that they are still in the beginning of industrialization and may increase their emissions rapidly in the future, if they follow the path of Europe, the U.S., Japan, and recently China and Southeast Asia.”

How likely is it the worst-case scenario portrayed in this viz is nearing our doorstep? The viz’s creators argue that some current damage is here to stay. But they have some cause for optimism, too. “Reducing CO2 emissions to zero in the second half of the century can be achieved with decisive, global-scale emissions-reductions policies and efforts,” Kriegler says. “The Paris Agreement can be an important [catalyst] for this development if embraced fully by the world’s leading emitters and powers. But as we say in the movie, the time to act is now.”