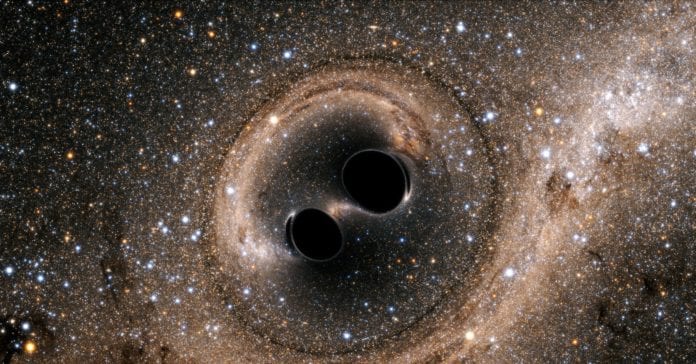 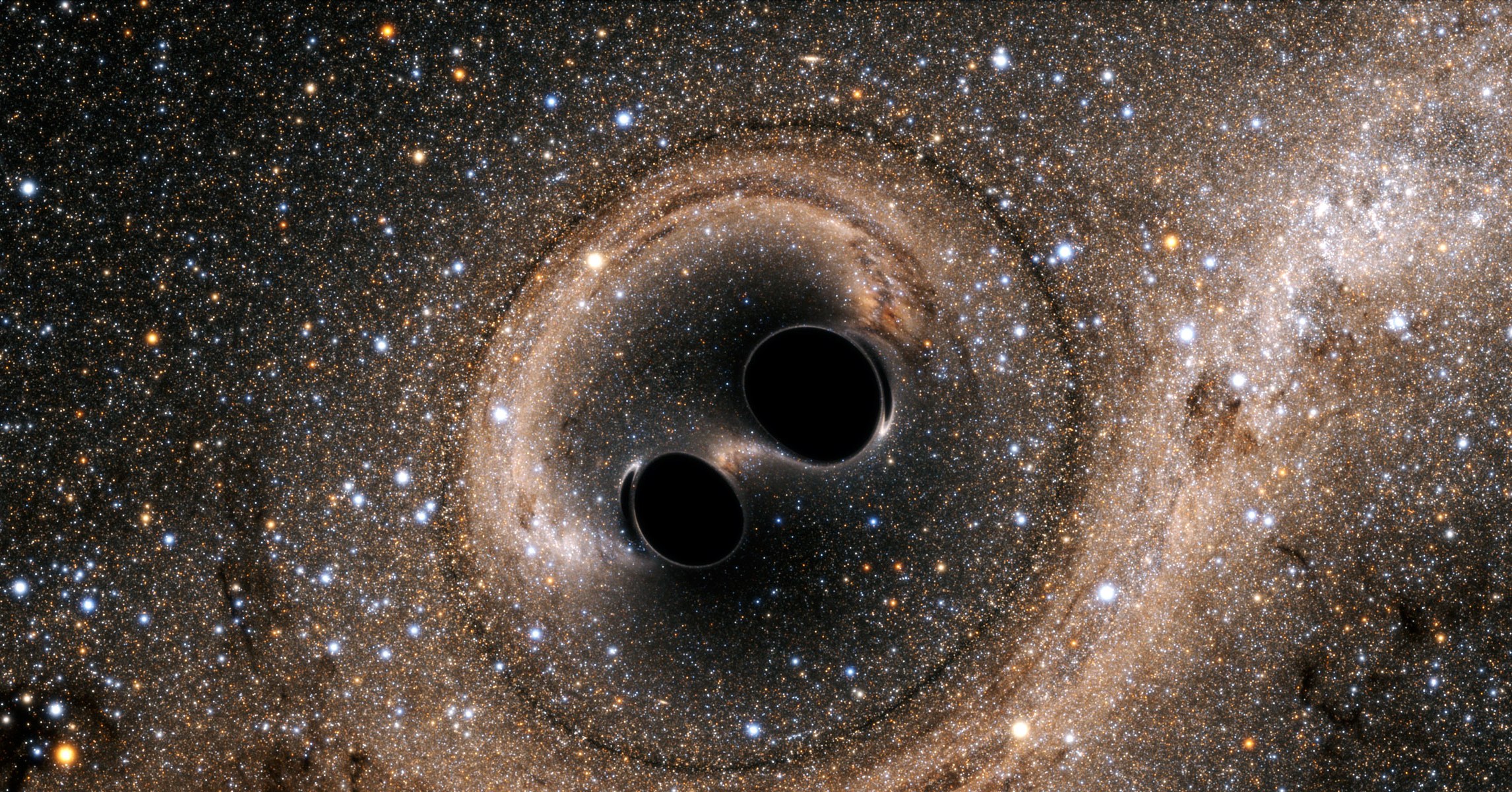 The way the Nobel Committee tells it, the story of this year’s physics prize begins like a certain 1970s space opera.

“Once upon a time, a long time ago, in a galaxy far, far away, two massive black holes engaged in a deadly dance,” said physicist and Nobel committee member Olga Botner at today’s prize announcement. The pair spiraled toward each other, colliding to form an even bigger black hole with a mass 62 times that of Earth’s sun. The impact shook the universe, generating ripples known as gravitational waves that warped the fabric of spacetime as they pulsed through.

By the time the collision’s reverberations reached Earth, they had quieted to a quiver. Some 1.3 billion years after that ferocious black hole do-si-do, physicists at two observatories in the US simultaneously detected a ripple as a tiny compression and expansion in length in their machines. This first detection of a gravitational wave took four decades of calculations, simulations, and engineering—and more than a billion dollars of US taxpayer money. Today, physicists Rainer Weiss, Barry Barish, and Kip Thorne won the Nobel Prize in Physics for the pioneering work that led to this discovery. They’ll split 9 million Swedish krona in prize money, or 1.1 million dollars; Weiss will receive half the prize while Barish and Thorne will split the other half.

Weiss and Thorne began to search for gravitational waves back in the ’70s, 50 years after Albert Einstein first predicted their existence in his theory of general relativity. No one had seen a gravitational wave yet, so it was possible that Einstein had gotten some of his theory wrong. Weiss, working at MIT, and Thorne, at Caltech, developed prototypes of a laser interferometer—a machine that could measure minuscule fluctuations in length. Weiss brought the craftsmanship and engineering, while Thorne specialized in theoretical calculations. Their designs led to machines that could detect compressions in spacetime thousands of times smaller than the width of a proton. The descendants of those prototypes, one located in Louisiana and the other in Washington, detected the first gravitational wave in 2015.

But a sophisticated machine is only as clever as its operators. The Nobel Committee credits Barish, a physicist at Caltech, for assembling and managing the team—the Laser Interferometer Gravitational Wave Observatory collaboration—that made the discovery. When Barish became LIGO’s leader in 1994, he expanded the group from about 40 researchers to more than a thousand people from all over the world. He gathered experts specializing in black holes, gravity, lasers, statistics, vacuum systems, and everything else that goes into a giant, L-shaped observatory that can measure tiny contractions in its two 2.5-mile-long arms.

“I view this more as a thing that recognizes the work of about 1,000 people, a really dedicated effort that’s been going on for—I hate to tell you—as long as 40 years,” said Weiss in a phone call with journalists at the Royal Swedish Academy of Sciences. Along with Weiss and Thorne, Ronald Drever, who died this March, also led the development of the first detector prototypes. The Nobel Committee, however, limits the award to three people at most, and they must be still living.

Since that first detection in 2015, LIGO has identified three other gravitational waves, also from black hole collisions. So far, all the measurements confirm Einstein’s theory of general relativity. Now, physicists are trying to learn more details about these collisions and the black holes that produce them. This August, a similar observatory called VIRGO came online in Italy to collaborate with LIGO.

With VIRGO’s additional data, physicists will be able to more precisely locate where gravitational waves originate. They want to find spacetime-warping effects from other types of collisions, such as ones between collapsed stars, known as neutron stars. They want to observe tens of these per year and investigate their paths as they ripple toward Earth. By studying how they move through space, physicists think they might be able to observe the waves interacting with new astronomical objects previously invisible to telescopes. A hundred years after Einstein predicted their existence, the story of gravitational waves and their effects on the fabric of spacetime is only just beginning.

Catching up With Pepper, the Surprisingly Helpful Humanoid Robot