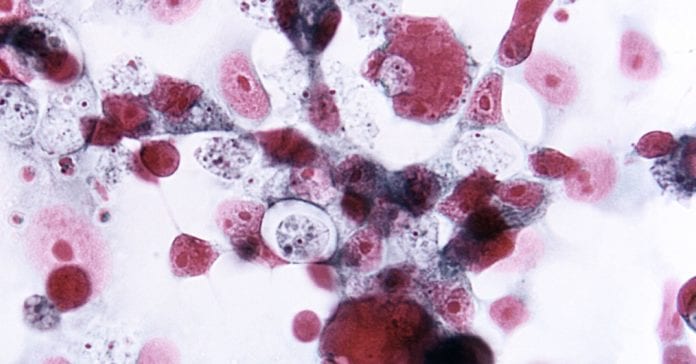 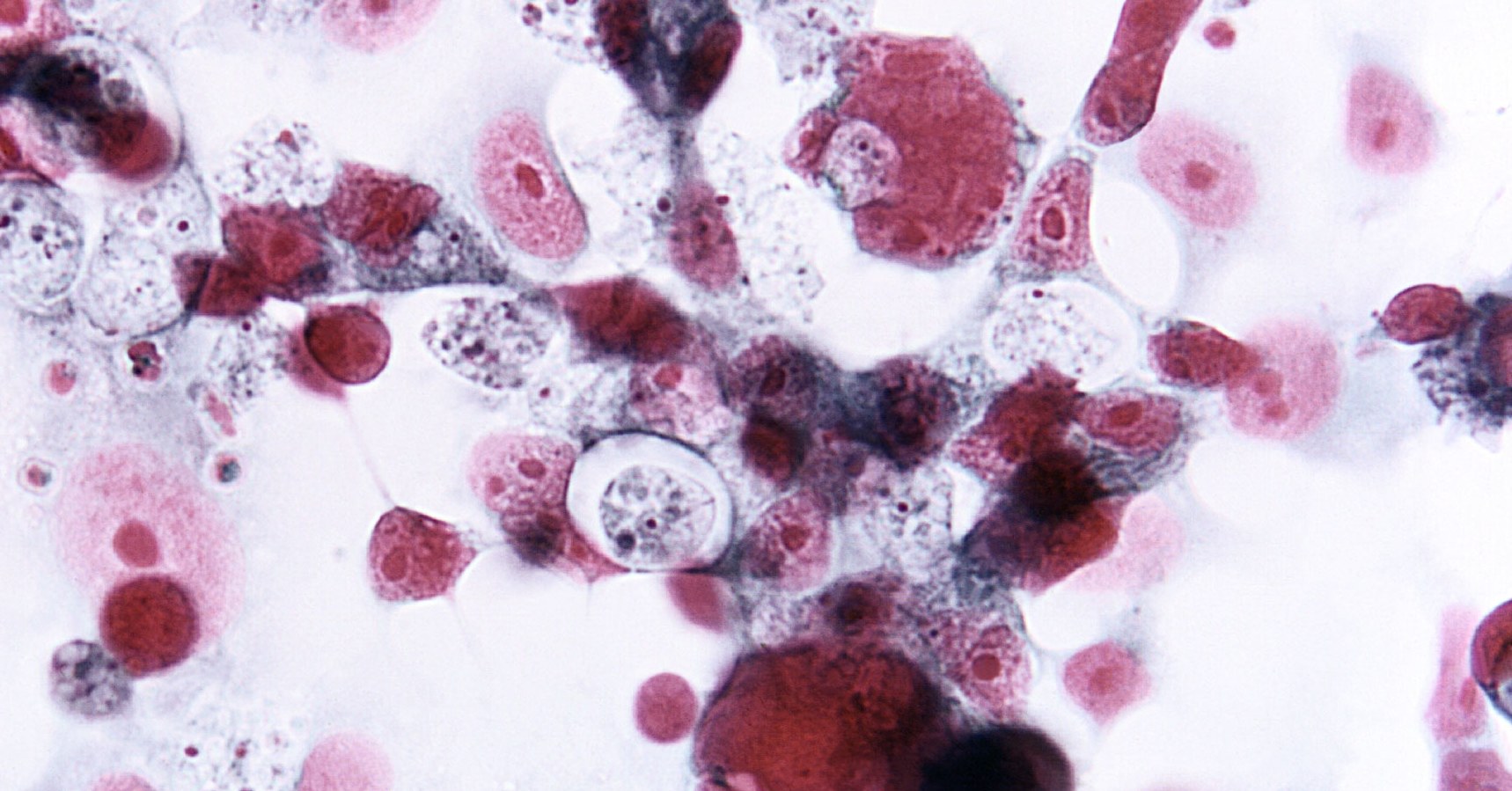 It was a lovely September day in Yellowstone’s Boiling River, which was not, in fact, boiling. Tourists trundled through the shallow water and dipped in where it was deeper. A herd of elk even waded through unconcerned. And among it all, a team of researchers in waders sampled the water for a brain-eating amoeba that kills 97 percent of the people it infects.

Not that anyone here has ever fallen victim to the amoeba, Naegleria fowleri. Scientists just know that the Boiling River, which gets its warmth from geothermal energy upstream, can harbor the little nasty. Accordingly, signs posted onshore warn swimmers: This thing can ruin your day, and most likely your life.

Wading in that river was an odd mix of scientists from the Monterey Bay Aquarium Research Institute—650 miles from the nearest ocean—and the United States Geological Survey, which, as it turns out, is interested in far more than just rocks. They were collecting water samples to ship off to a rather more obvious participant: the Centers for Disease Control. There, scientists would analyze the water to help unravel the mysteries of the brain-eating amoeba—and hopefully, protect America’s waterways from nasties of all types.

Perhaps the most frustrating thing about Naegleria fowleri is that it has no business eating human brains. The amoeba prefers smaller game, scooting around freshwater ecosystems gobbling up bacteria. But if you happen to be swimming in one of those ecosystems and get a snout full of water, the amoeba can make its way into your brain and start eating tissue, leading to something called primary amebic meningoencephalitis. With the brain swelling come the fever and vomiting, then the seizures and hallucinations. It kills in an average of five days, and claims 97 percent of its hosts.

Naegleria fowleri loves warm waters, hence its presence in the not-quite-boiling Boiling River. But it can survive when things cool down as well. “When in cooler temperatures, it goes into a cyst state, which is kind of an egg-like state that’s very hardy,” says Mia Mattioli, an environmental engineer in CDC’s Environmental Microbiology Laboratory. “But it’s not viable, it’s not moving, it’s just persisting. When it becomes more favorable and warm it goes into the infectious state.”

Naegleria fowleri‘s sensitivity to temperature makes it maddeningly difficult to track down, since lower temperatures lower its concentration. Scoop up other kinds of freshwater lifeforms and you might get 100 organisms in a liter of water. With Naegleria, you might be looking at 100 organisms in 100 liters of water. (This rarity, plus the fact you have to somehow get the microbe up your nose, is part of the reason why only 40 people picked up the amoeba in the US between 2007 and 2016.)

So the USGS and MBARI want to get better at detecting the menace. They descended on the Boiling River with two complementary missions. One was to hike out of there with water samples, which they took back to Montana State University and shipped off the CDC for analysis. The second was to test MBARI’s Environmental Sample Processor (known as ESP, of course), which the group hopes could one day have the power to detect the amoeba in real time.

MBARI having oceanic proclivities, this device is a drum full of electronics that you dunk in the ocean. “You can think of it as a molecular biology laboratory in a can,” says research specialist Kevan Yamahara. The ESP collects water samples, analyzing genetics to determine what kinds of organisms are present.

What MBARI took to Yellowstone, though, was a sleeker mobile version, which fits in a tackle box. It pulled water from the Boiling River and pushed it through a filter, which trapped particulates like brain-eating amoebas—at least hopefully. MBARI then shipped these filters, along with water samples, to the CDC. While MBARI is still testing this mobile version of ESP, and it can’t yet do on-board genetic testing, it’s designed to be more modular, so researchers can swap in the latest analytical instruments for real-time genetic analysis.

The idea here is to figure out if the ESP might be capable of detecting Naegleria fowleri in real time. First the CDC will try to detect the amoeba with their lab methods. This includes using both molecular techniques to hunt for microbe DNA in the sample and culturing the parasite in a dish. So let’s say that’s successful. Then if the ESP ended up trapping amoebas in its filters, that’s a good indication that the machine will be capable of doing genetic testing in the field to identify the parasites. The results from the CDC and the ESP match.

Conveniently enough, the USGS already has thousands of river gauges around America collecting data like temperature and flow rate. So the work here might help give those sensors the ability to alert authorities to amoeba outbreaks. And that could be critical for unraveling the peculiarities of the Naegleria fowleri life cycle.

“We don’t really know that much about, for instance, how it cycles during the day or during the month or during the year through an environment,” says microbiologist Elliott Barnhart of the USGS. “So one thing this ESP could do would be to sample every hour or every day or different seasons to figure out when might this amoeba be most prevalent.”

The worrying bit is that one of the few things scientists know for sure about Naegleria fowleri is that it loves warm water. And an increasingly warm planet will give rise to increasingly warm rivers. While the amoeba is most prevalent in the relative warmth of the southern US, it may well grow more ubiquitous farther north. “We’re seeing cases more and more with rises in water temperatures,” says Mattioli of the CDC. Advances like ESP could help officials better monitor all kinds of nasties in American rivers, not just Naegleria fowleri. In the meantime, it never hurts to bring a nose plug.