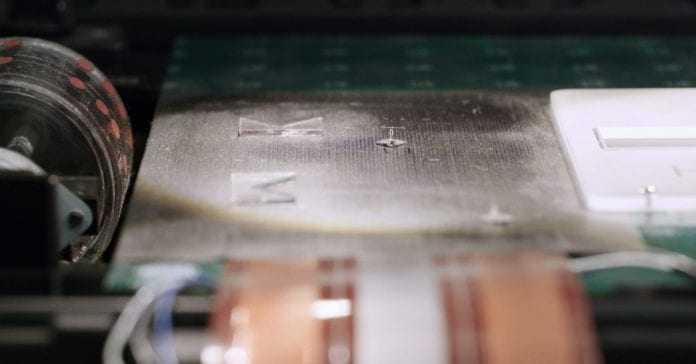 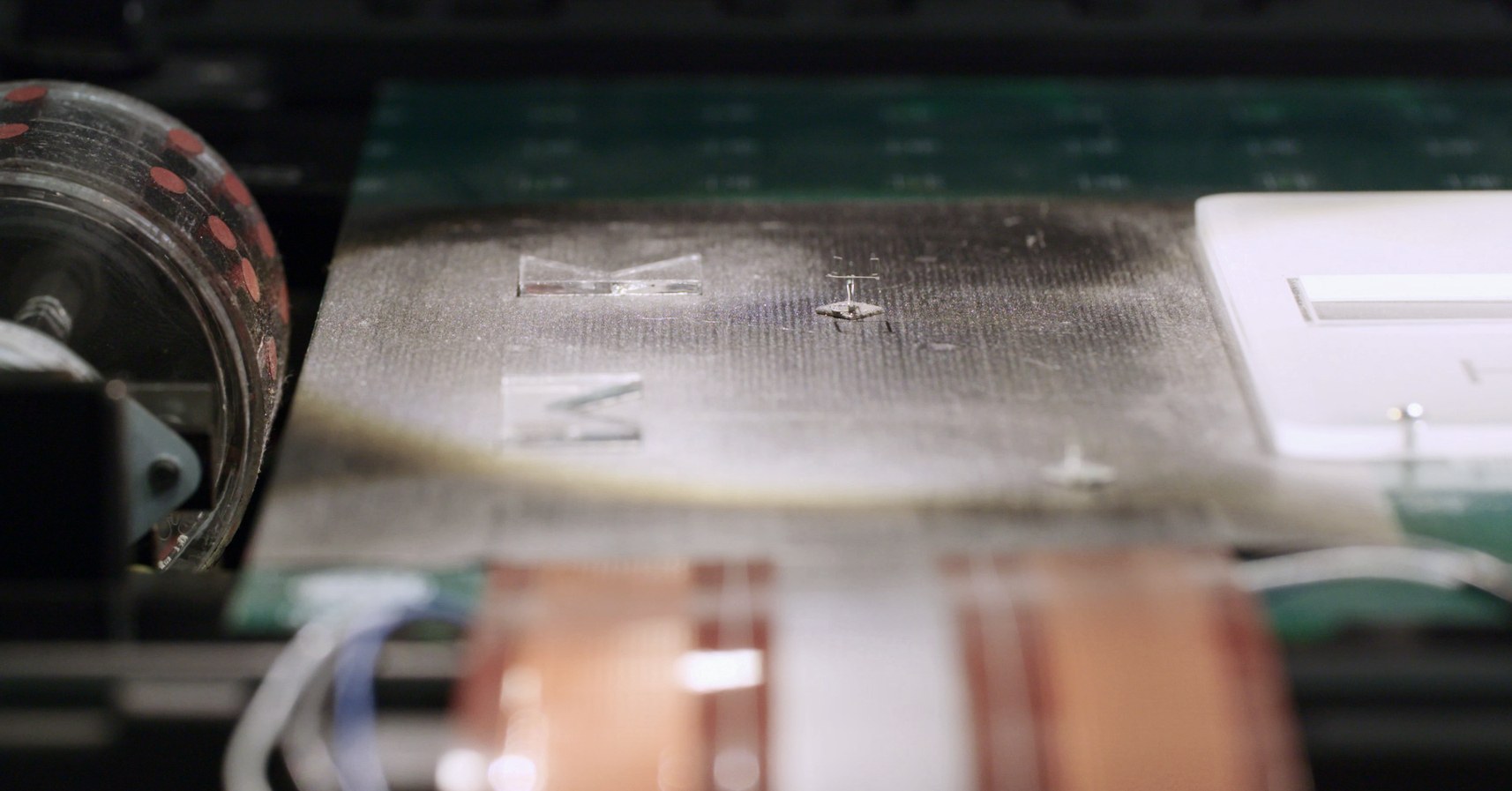 The beauty of evolution is that it’s so nonjudgmental. What began as the first organism billions of years ago has diversified into species that fly and hop and run, whatever best suits them in their environment. As Charles Darwin put it, “from so simple a beginning endless forms most beautiful and most wonderful have been, and are being, evolved.”

Look at the explosive field of robotics and you’ll actually find the same thing going on. The classic humanoid of sci-fi has diversified into bots that crawl on six legs, or walk on two (however cautiously), or even bound around on a single limb. And there are even microbots inspired by some of Earth’s littlest critters—powered not by limbs, but magnetic fields.

At SRI International in Silicon Valley, researchers have developed perhaps the most impressive microbot army yet: the MicroFactory. It’s an ant colony made robotic, with half-millimeter machines zipping around to construct truly impressive structures. It could well be a glimpse at a future where 3-D printers give way to swarms of robots that cooperatively build stronger, more complex structures.

The setup of the MicroFactory is fairly straightforward. The foundation is a circuit board that generates a magnetic field. The little robots themselves are magnets, which a software program drives around by manipulating the field. Each robot is outfitted with what’s known as an end effector—the tool with which it manipulates its world—which varies depending on the job the bot is assigned.

So say you want to build a lattice. You’ve got robots that hold high-strength carbon rods vertically and some that hold them horizontally, and still others that apply dabs of glue. Working in concert, the robots can build out an intricate structure, some depositing glue while others stick in the rods, constantly gliding from the lattice back to material caches to resupply.

Sure, you can use a 3-D printer to build complex structures without having to mess with a magnetic field. But the beauty of the MicroFactory is its diversity of materials. Rods and glue are just the start: The robots can also schlep components like resistors and LEDs to build out far more complicated projects with embedded electronics.

But we might also envision a day when microbots work alongside 3-D printers. The bots could build out a sturdy skeleton, for instance, while the printer lays down ornamental bits. “We can use this in conjunction with 3-D printing or we can supplant 3-D printing because we have a much wider range of materials that we can use,” says SRI principal engineer Annjoe Wong-Foy.

SRI is far from alone in exploring the frontiers of microbottery—far tinier machines promise to invade medicine. Last month, for instance, researchers published a study showing how they could use microscopic plastic cubes to trap a single yeast cell. In water, they arranged individual cubes into strings by attaching them corner-to-corner. One side of each cube was painted with cobalt, making them magnetic.

These researchers also used a magnetic field to manipulate their microbot strings. “So now every time we turn the field on and off the microbot will open and close on demand,” says biochemical engineer Orlin Velev of North Carolina State University. “You can think of this as kind of microscopic tweezers that we can open and close with controlled rate or controlled force.”

Still primitive microscopic tweezers, to be sure. But by capturing that yeast cell, the microbots hint at their potential. Perhaps one day microbots will autonomously hunt down malicious cells in the human body, enveloping and neutralizing them. (Gotta nitpick here: Magnetic microbots, as well as origami bots that you can steer around a digestive system with a magnetic field, don’t quite fit the definition of a true robot. For that, they’d need to be more intelligent, sensing and reacting to their environment. At the moment, they’re more like tiny RC cars. Give them time to grow up, though.)

And so the microbots will evolve, from simple magnets to truly sophisticated machines. Darwin would be so proud.

Samsung Galaxy Tab 7.0 Plus Now Available For Pre-Orders On Amazon