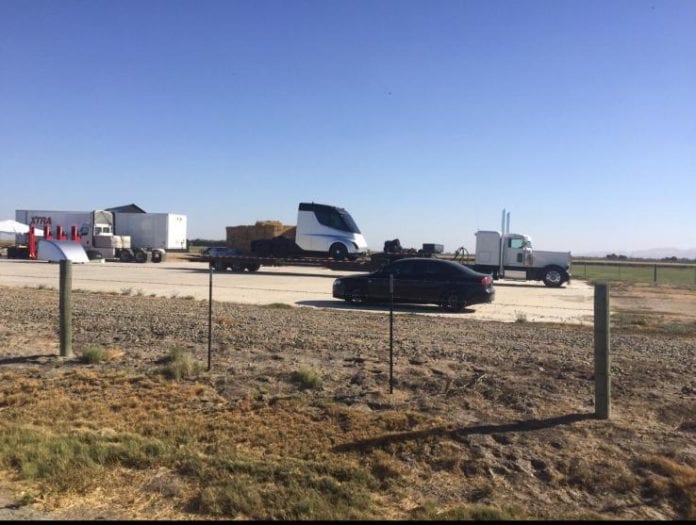 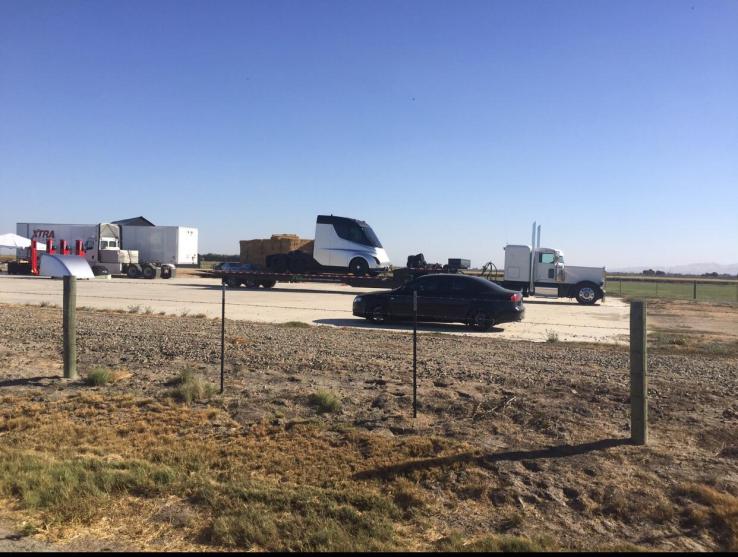 Is this the new semi truck Tesla is set to unveil at the end of this month? The truck, posted to Reddit (then deleted, then re-posted) bears more than a passing resemblance to the image shared in a teaser released by the automaker itself (via The Verge). The sleek angled front also looks like something you’d expect to be electrically powered, if that makes any sense.

You can compare it yourself to the mostly shadowy teaser image shared by Tesla itself, but the main unifying factor here might be those flared fenders and angled headlights, which you can pretty clearly make out in the Reddit spy shot, too. The photo above was taken “somewhere in California,” where apparently Tesla has been known to test vehicles in the past.

Tesla’s officially revealing its semi truck on October 26, at an event teased by Elon Musk himself. The truck is rumored to have a range of between 200 and 300 miles on a single charge, which would be very impressive for an all-electric heavy-duty transport vehicle, though not something that’s suitable for long-haul trips. The big question will be how it charges – and how fast.

GizmoCrazed - May 25, 2011 0
After tons of rumours over the period of last few months, Activision has released an official trailer for the next instalment Call of Duty franchise, The Call of Duty:...

Here’s Why You Should Avoid Using Hand Sanitizer

New emoji in 2019 could feature more diversity, including couple variations