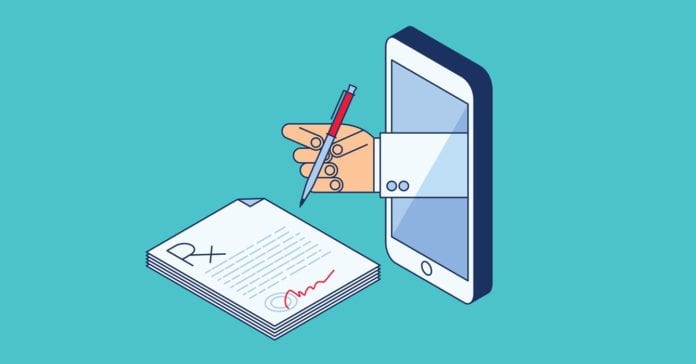 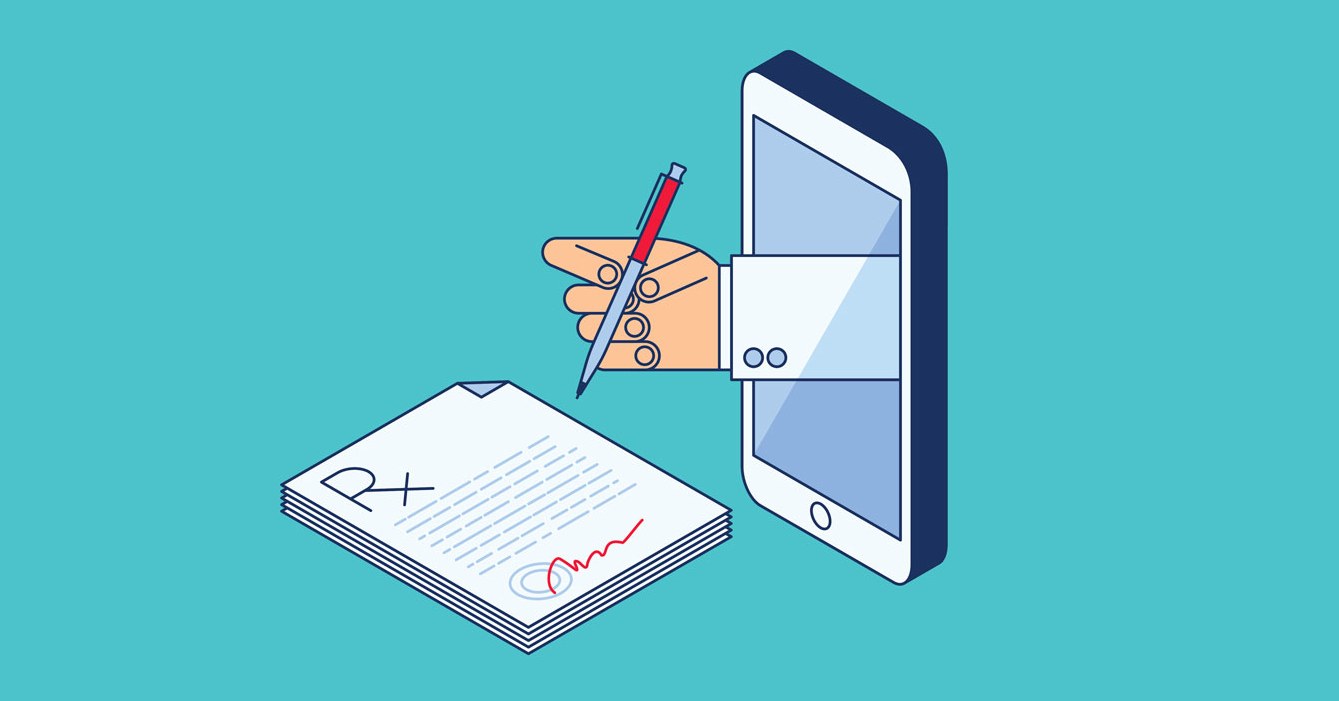 No one knew exactly when the girl would die, but everyone knew it would be soon. A 12-year-old with end stage cancer, the child’s parents had recently moved her from the hospital to her home in the suburbs of Los Angeles. Some days later the girl’s breath quickened, and her father phoned the family’s hospice nurse. Please come, he said. He was worried about her breathing.

The nurse knew the visit would require more than four hours of her time: a two hour drive in each direction, plus her time with the girl. Why don’t we connect over FaceTime, she asked. The father agreed, and they connected.

The nurse asked the father to move his daughter gently to her side. Then to her back. To lift the child’s shirt. To show her the expansion and contraction of the girl’s ribcage. The nurse would ask: What do you see, what concerns you, and the father would explain. Then the nurse would do the same. In this fashion the pair examined the girl—the nurse on her computer, the father his iPad. Together they decided that the nurse’s presence was not necessary, that the child had more time.

Later, the father reported feeling comforted by the nurse. He appreciated her availability, the fact that she could see what he saw, and their ability to discuss it in real-time. “It’s so unique, the visual image, and knowing that everyone is seeing and talking about the same phenomenon,” says pediatrician David Steinhorn, director of palliative care at Children’s National Medical Center—and the head of the telemedicine pilot the girl’s family had been part of.

An expert in the burgeoning field of telemedicine, Steinhorn believes in the power of digital tools to connect clinicians with their patients. But more important than the technology, he says, is what clinicians in the field have taken to calling “webside” manner. It’s a modern twist on bedside manner—a physician’s ability to relate with a patient and convey their desire to help. “My experience is that, once you get past some initial hurdles, you can maintain an intimate, immediate connection with patients that in some cases may be more therapeutically useful than even in-person interactions,” Steinhorn says.

But getting there isn’t always easy. As anyone who’s spent time on a video call knows, communicating via telepresence is very different from communicating in person. “It’s all the little things,” says experimental psychologist Elizabeth Krupinski, associate director of evaluation for the Telemedicine Program at the University of Arizona. “I mean, there’s the technology bit, obviously. Webcam resolution, internet connection, and so on. And you have to think about your backdrop, your lighting, what you’re wearing, as well. But what you’ve really got to monitor is your behavior.” Krupinski should know: U of A is one of the first schools in the country to incorporate telemedicine instruction into its medical school curricula.

“It sounds strange, but when you’re on camera all your actions are magnified,” Krupinski says. Sitting six feet away from your doctor, in person, you might not mind or notice her slouching, fidgeting, or gesticulating. But a webcam’s intimate vantage point augments these actions in ways that patients can find distracting or off-putting. “You take a sip of coffee and your mug takes up the whole screen, and all they hear is the sound of you slurping,” she says. “Or you turn away to make a note, and now all your patient sees is your shoulder. Maybe you disappear from frame entirely.”

If these all sound like awfully little things for physicians to concern themselves with, well, you’re right. But that’s kind of the point. The considerations are so small and numerous that they can wind up overwhelming otherwise competent clinicians, interfering with their ability to connect with patients. “There are some people who are great in person and you put them on camera they’re a dead fish,” Krupinski says. Some physicians are camera shy. (For others, the physical isolation can actually help them be more empathetic—Krupinksi says she’s seen it both ways.) Telemedicine students are often instructed to disable their video chat’s picture-in-picture feature. “Turn it off and look at the patient,” Krupinksi says. That’s also kind of tricky: To appear as though they’re making eye contact, clinicians are taught to look not at the patient on their screen, but directly into their device’s webcam.

Some hospitals have gone so far as to design telemedicine clinics, purpose-built to address the peculiarities of virtual examinations. “We try our best to control as much of the environment as we can, so the doctors can be doctors,” says Jim Marcin, director of the pediatric telemedicine program at UC Davis. The room is staged like an office, but with better lighting. There’s a nice desk for the clinician to sit behind, a computer situated stage left, and books in the background. A physician taking a video call from home, or somewhere in the ICU, might wear a gaming headset—a pair of brawny headphones, equipped with a mic—to ensure whatever the patient says isn’t broadcast to anyone off-camera (a clear violation of patient privacy, Marcin says). But in the secluded confines of the telemedicine clinic, the whole room is mic-ed. The clinician can forego the gaming rig and focus on projecting a natural, empathetic presence.

UC Davis’ clinic is in many ways the polar opposite of what patients see when they use online services like Teladoc and HealthTap, which rely on networks of tens of thousands of doctors to deliver health care directly to users, often without ever having met. (Neither Teladoc nor HealthTap responded to request for comment.) Marcin, Krupinski, and Steinhorn all say their institutions use telemedicine primarily to follow up with patients they’ve already worked with in person—something no longer required in the United States. (Texas was the holdout; earlier this year, it became the last state to allow physicians to connect with new patients virtually, rather than first meeting in person.)

Ad hoc, virtual visits can work great when a patient needs a quick diagnosis for a sore throat or weird rash. But many experts are skeptical of clinicians’ ability to deliver compassionate, high-quality care to virtual strangers. “Look, there’s variation whether you see a clinician in person or whether you see them online, so I’m not saying in any way that telemedicine is less helpful than in-person visits, or that webside manner is worse than bedside manner,” says UCSF pulmonologist Adams Dudley. “But webside manner definitely requires more cooperation, and a different kind of cooperation, than bedside manner.”

That cooperation was often missing from doctor-patient interactions in a study—led by Dudley and published in JAMA Internal Medicine last year—that investigated the quality of virtual urgent care. The researchers conducted their investigation secret-shopper style, sending dozens of trained patients to direct-to-consumer telemedicine companies. Their scripted symptoms reflected acute illnesses like ankle pain, low back pain, and recurrent urinary tract infections—and the researchers observed a huge range in quality of care and webside manner.

But more concerning to Dudley was the infrequency with with clinicians referred their first-time patients to specialists in their area. “Our ankle protocol was a situation where the clinician should have ordered X-rays. And in an ER, 90 percent of our test patients would have gotten it. But over telemedicine, fewer than 20 percent of patients were referred to radiologists.”

The reason for the disparity isn’t totally clear, but Dudley has a hypothesis: If you’re a doctor in Philadelphia diagnosing a patient in Albuquerque, you’re not familiar with which local provider to refer them to. It’s the kind of problem that could be solved with some back and forth, or an ongoing patient-doctor relationship. But absent both, a surprising number of clinicians wound up not connecting the dots. “So yeah, it’s terrible webside manner, and terrible care” says Dudley.

Regardless of the current state of virtual care, conscientious providers are always looking to improve. That’s why Steinhorn set up his pilot palliative care program in the first place. When he thinks back to the young cancer patient in LA, Steinhorn believes that telemedicine was able to provide the girl and her family support and reassurance. And it can help physicians, too. “In my own interactions, I’ve used telemedicine to see how a family 100 miles away is coping, that the scene I see in the home appears orderly, and that the family seems together, even in times of tension and distress,” he says. “And that’s been reassuring.”

Here’s What Men And Women Look For When Buying A New...

GizmoCrazed - March 10, 2014 0
Shopping for a brand new cellphone is no chore these days. A lot of thought goes in to the brand, specifications, colours and many...

Artificial Intelligence Is Fueling Smarter Prosthetics Than Ever Before