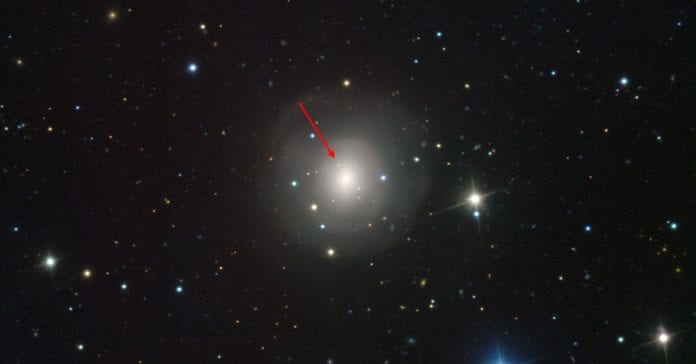 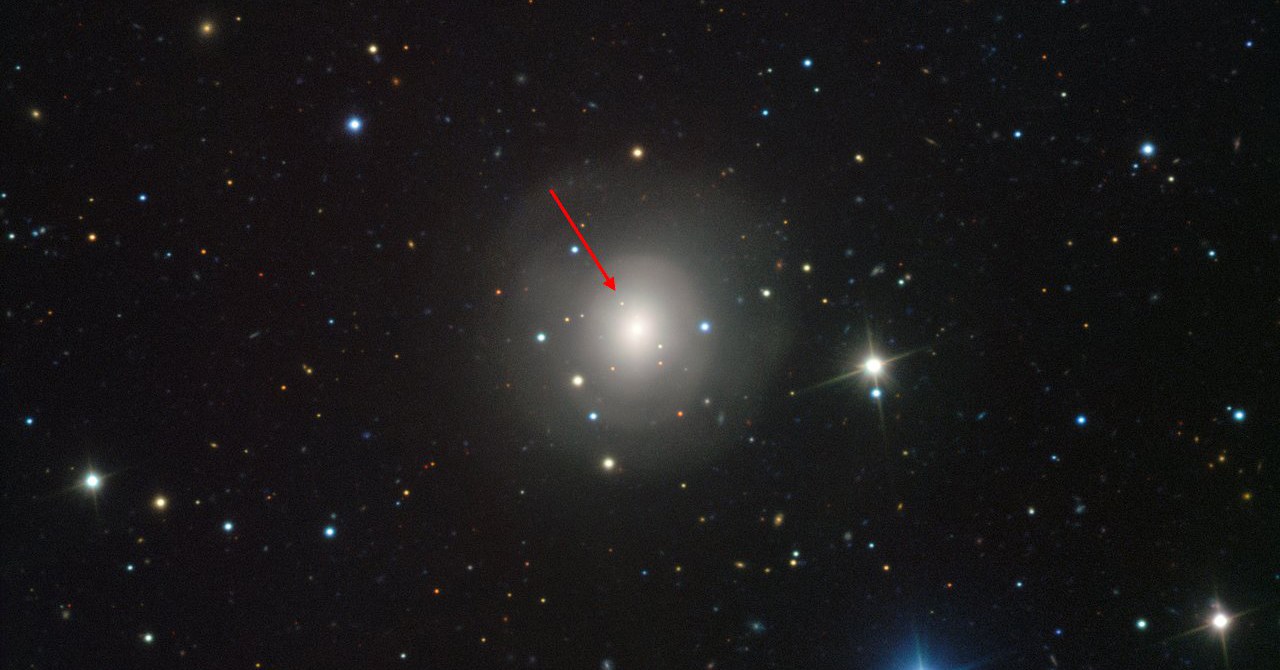 This galaxy, dubbed NGC 2623, might not look like your average galaxy. And it’s not: This oddly-shaped object is actually two galaxies that have been forced together by gravity. When they collided, the impact sent clouds of dust careening out into space, forming these individual arms, each extending outwards some 50,000 light years.

This week the sun was especially active. The dark region seen at the top of this false color image, filtered for the extreme UV spectrum, is a massive coronal hole. These dark areas are actually cooler than their surroundings, and while it’s not visible in this image, these holes spent the entire week spitting out highly charged particles into space. Many of those particles end up colliding with Earth—resulting in auroras at the northern and southern poles.

At the center of this diffuse, glowing bubble is galaxy NGC 4993—but that bright, shiny object isn’t what’s grabbing attention this week. Take a look at that speck of light to the upper left, the one the arrow’s pointing to. That’s first ever seen merger of two neutron stars, an event called a kilonova. The collision took place 130 million light years from Earth, and sent gravitational waves rippling through space until scientists detected them on August 17th at the LIGO facilities in Washington and Louisiana.

This series of images model what scientist think may once have been an atmosphere around the moon. A new NASA paper has evidence that the moon was once cloaked with a thin atmosphere made of water, carbon monoxide, and sulfur—nowhere near as thick as the Earth’s, but just enough to hold materials on the surface. While the model suggests the atmosphere may have only lasted around 70 million years (yeah, that counts as short in galactic time), it could account for the water that’s been detected in craters on the moon.

Kilonova, it’s time for your close up. This second image zooms into the galaxy where the fateful neutron star merger occurred. The bright dot to the upper left of the red vertical spiral is the mark of the kilonova. Not only was this the first gravitational wave detection of two merging neutron stars, but the first time a photo captured the remnants of the impact.

It’s a trap! This glaring orange donut-shaped object, captured by the ALMA radio observatory in Chile, is V1247 Orionis, a hot star surrounded by a ring of dust called a circumstellar disc. Over time, that dust gives in to the force of gravity, glomming into balls that eventually turn into planets—one of which, scientists think, carved out that dark region surrounding the star. While the baby planet orbits around its star, it creates a pressure system that might be trapping dust particles, allowing other areas around the star go undisturbed. And that might eventually create a new solar system.