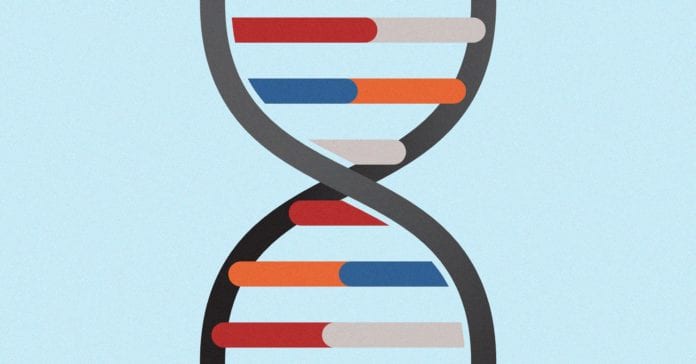 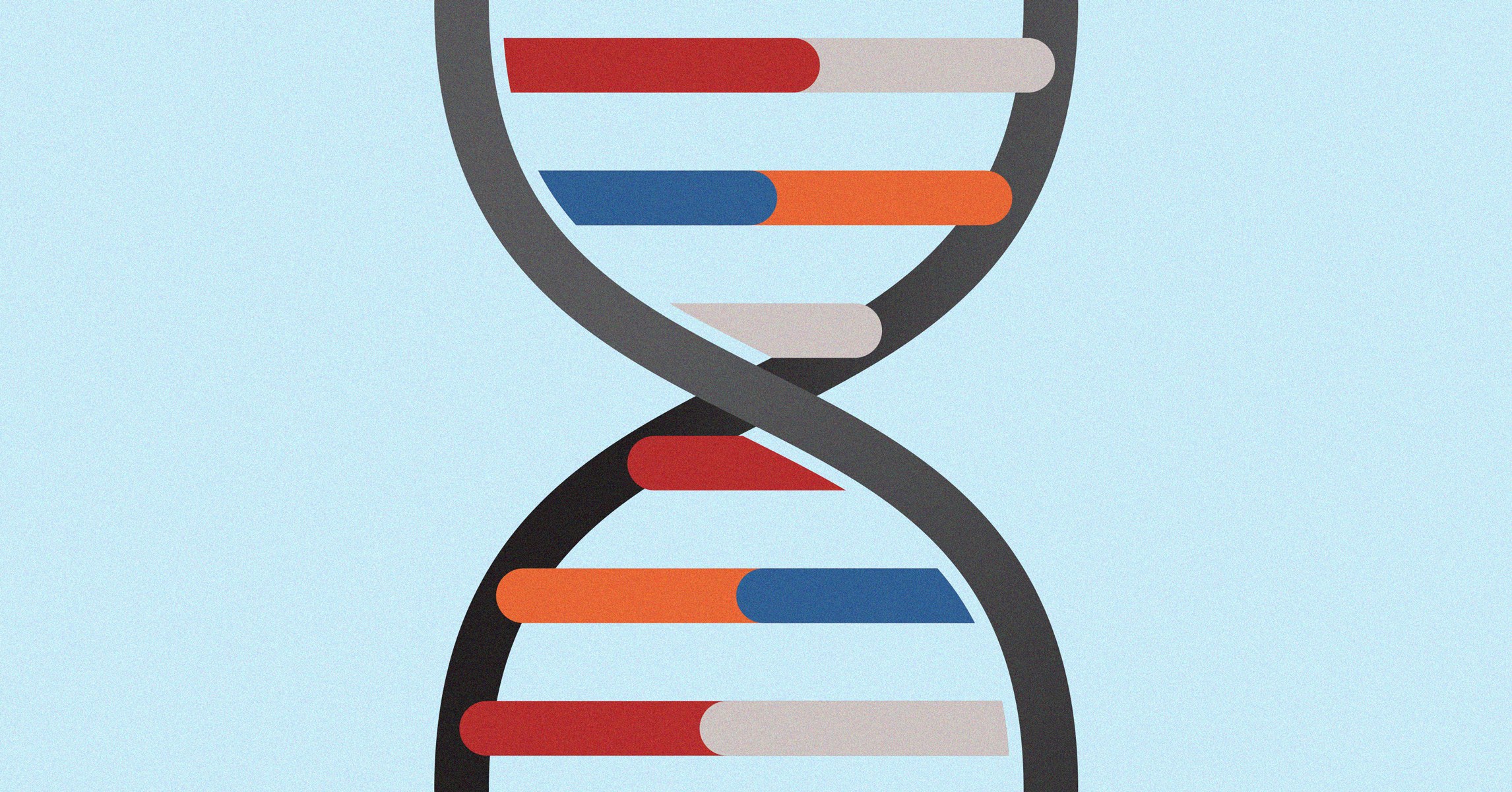 Stay on target. That’s the mantra you hear in labs and biotech companies around the world as they snip away at DNA. All the techniques for gene editing—from the famous Crispr-Cas9 to the older TALENs and zinc-finger nucleases—share a problem: Sometimes they don’t work.

Which is to say, they have “off-target effects,” changing a gene you don’t want changed or failing to change a gene that you do. And DNA is not something you want poorly rewired. That goes double if you’re trying to make money; companies working on genome-editing based products are valued in the billions of dollars. That’s why two scientific articles published today in the journals Nature and Science are so important—they tune genome editing up.

The Nature paper chases precision at a literally basic level—the bases, the As, Gs, Cs, and Ts that are the individual units in the genetic code. Crispr-Cas9 works by slicing through the two strands of bases that spiral to create DNA’s famous double-helix. But another approach, single base editing, actually converts one base into another—since the bases pair in predictable ways, A to T and G to C, that modification flips a single genetic “bit.” Until now, scientists have only been able to change a G-C base pair into an A-T base pair.

The new paper takes the other angle, describing an editor that changes adenine—the “A”—into a base called inosine, which the cell’s protein-building machinery reads as guanine, the “G.” When that molecular machine puts a little nick in the complementary strand of DNA across the gap where the T is, the cell’s DNA repair machinery “fixes” it by slotting in a C. In other words, it’s an A-T to G-C base edit.

How cool is that? “This class of mutation, changing a G-C to an A-T, accounts for about half of the 32,000 known pathogenic point mutations in humans,” says David Liu, the Harvard chemist whose lab did the work. Liu’s lab has already used this editor to fix—in cell cultures—the mutation that causes hereditary hemochromatosis, which causes a person to retain too much iron, and to treat sickle-cell anemia.

Getting there wasn’t easy. In biology, changing one molecule into another is usually the job of a natural nanotechnological marvel called an enzyme. Enzymes that turn adenine into inosine are called adenine deaminases, but none exists that’ll transmogrify adenine embedded in a strand of DNA. So Liu’s team built one, putting engineered bacteria under evolutionary pressure until it built an enzyme that would target A’s in DNA.

And it goes to the right A, too. One of Crispr’s components is a molecule of “guide RNA,” a length of genetic stuff that points to a target like the scrap of clothing you hand a bloodhound before a hunt. Liu’s editor uses that part. “Normally Crispr-Cas9 makes a double-stranded cut in the DNA,” Liu says. “We used a form of Crispr-Cas9 that’s crippled. It cannot cut the DNA.” But it still stays on target.

The research in the Science paper takes a different tack on A-to-G conversion. This one, from the lab of Broad Institute researcher Feng Zhang, incorporates an adenosine deaminase (a molecular cousin of the adenine deaminase in the Liu paper) into Crispr-Cas13, a variant genome editor that works on RNA—the copy of DNA that cellular machinery reads to build proteins. Zhang’s team calls it “RNA Editing for Programmable A to I Replacement,” or Repair, proving that if the fights over Crispr’s genesis and patent have taught researchers anything, it’s to come up with better names.

Because it acts on RNA, Repair makes a transient change, which could be good for treating problems like acute inflammation or wounds—potentially dangerous, but you wouldn’t want to turn off someone’s inflammatory response permanently. “There are 12 possible base changes you can do,” says Omar Abudayyeh, a researcher at the Broad Institute and one of the paper’s authors. “Now we’re thinking about the ways to do the other 11.”

But both approaches attempt to sharpen Crispr’s scalpel. With typical Crispr-Cas9 in DNA, the problem isn’t the cut; it’s the repair, which can cause a kind of genetic scarring, so-called stochastic insertions or deletions, or “indels”—additional bases tossed in, or a few removed. “When you make a double-stranded break in the genome, the cell tries to get the ends back together, and most of the time it’s successful,” Liu says. But every now and then, the cell just can’t quite put Humpty’s DNA together again. If your goal is to seriously bork a gene, indels can be great. But if you’re trying to splice in a new stretch of DNA, they’re a problem.

By operating on RNA, Crispr-Cas13 avoids all that. RNA repair doesn’t involve indels, for one thing. And: “There’s always a concern for off-target effects with these types of systems,” Abudayyeh says. “But with RNA you have to think about off-targets a little differently.” A miswired stretch of DNA means all the RNA transcribed from it and all the protein translated from the RNA will be busted. If some of the RNA in a cell gets edited correctly and some doesn’t, that means the cell will have at least some amount of the right protein. If things go really wrong, the edit is reversible. “You can always remove the system, and the RNA will eventually degrade and recycle and revert back to normal,” Abudayyeh says.

Likewise, editing of DNA that relies on base-pair modification instead of double-stranded cuts gets around some of those other limitations. “David’s work follows on his earlier innovative efforts to do genome editing without a double-strand break,” says Fyodor Urnov, associate director of the Altius Institute for Biomedical Sciences. And Zhang’s work “adds to the toolbox by giving us an enzyme that can edit RNA in a precise fashion.”

Those kind of tools are much in demand. In June 2017, a letter from researchers published in Nature Methods asserted that in addition to the indel problem Crispr messed up the genome in a whole lot of weird ways. Crispr researchers quickly rallied to dismantle the paper’s methods and analysis, but they all acknowledge that some applications of Crispr-Cas9 yield better results than others.

Why bother? Because there’s more than just new drugs, new drought-resistant crops, and new materials on the line. A half-dozen or more companies have gotten venture capital to work on Crispr-powered products. Liu, Zhang, and Joung, along with the researcher George Church, are all co-founders of one of the big ones, Editas Medicine. Crispr-Cas9 co-inventor Jennifer Doudna was once on that team as well. Editas and the like-minded companies Intellia and Crispr Therapeutics briefly lost tens of millions in valuation on the publication of that Nature Methods paper. A fight over who actually invented Crispr-Cas9 is ongoing with UC Berkeley, Doudna, and her co-author Emanuelle Charpentier on one side and Church, Zhang, and the Broad Institute on the other.

So it’s critical that Crispr-Cas9 and its follow-on technologies work. Liu’s single-base editors are a long way from becoming a therapeutic, but multiple modified organisms and treatments made with Crispr-Cas9 are in the approval pipeline. Genome editing is still working on finding the bullseye in the depths of cells, but it’s also aiming at financial ones, and at changing the world. It’s going to need one hell of a good targeting system.